The Sky Blues dominated the initial proceedings, going into the break two up as Buhagiar and Le Fondre showed how dangerous their link-up can be.

However, Avondale hit Corica’s men on the counter with two quick fire goals early in the second half to level the match.

Both sides had chances to settle the ledger in regular time but it wasn’t to be.

It was all Sydney FC in extra time and the two goal advantage was restored with Ninkovic deep into the first half and a competitive debut goal for Le Fondre in the second. 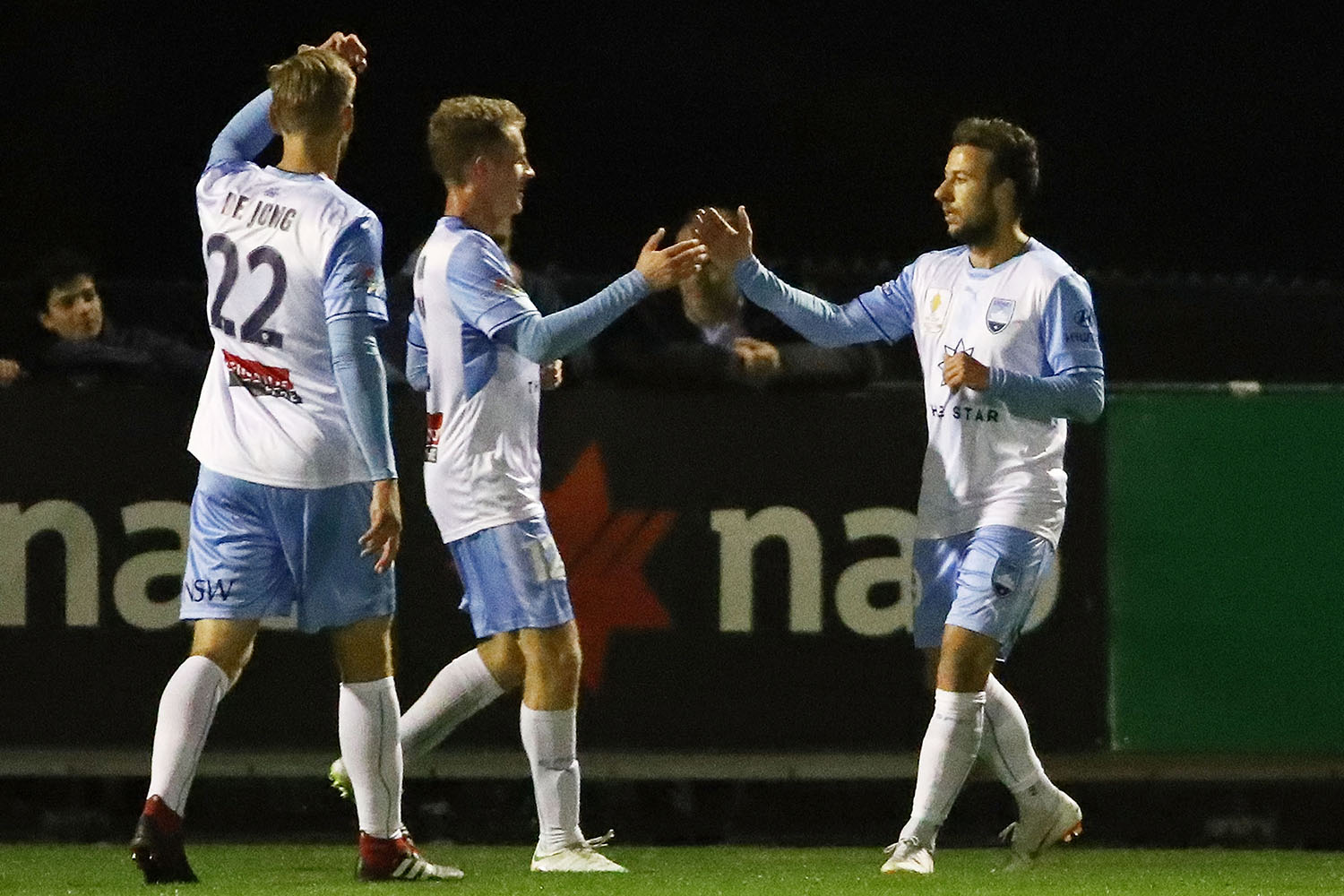 Milos Ninkovic: “We knew it was going to be tough game but in first half we played fantastic, second half a little sloppy but we won the game.

“We have three or four more weeks to get ready for the semi final and the league.

“We lost some good players but we signed some unbelievable players and they will bring something different to our team.”

Steve Corica: “They were fantastic in the second half but first half was excellent from us.

“2-0 is a difficult one and we let them back in the game but we showed good character to come back and win.

“Good value and good fun (Avondale fans). That’s what the FFA Cup is all about.” 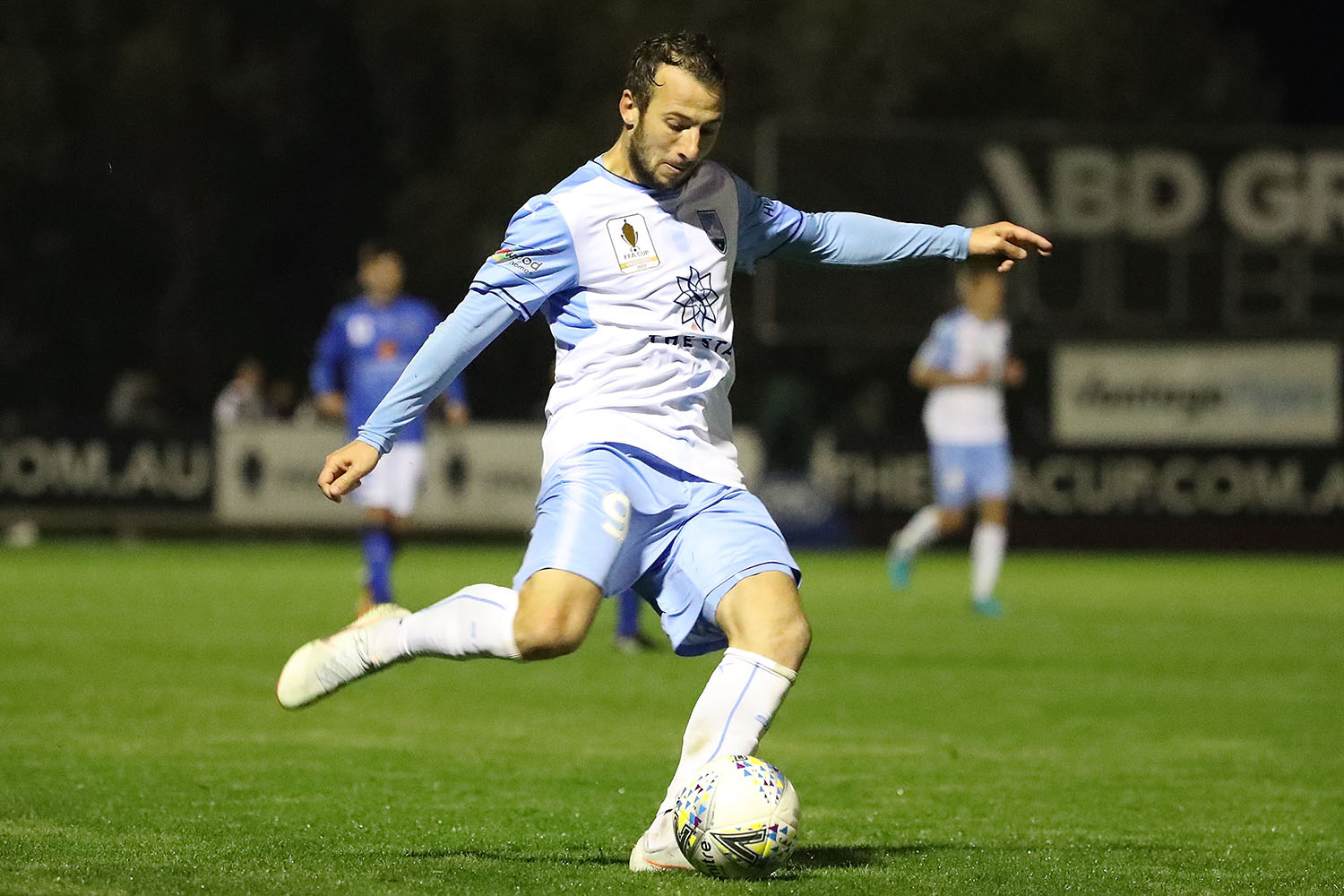 17’ BUHAGIAR BANGS IT IN – Le Fondre times his run perfectly to be played in behind the Avondale defence before squaring the ball across the face of goal for young striker to finish inside the six yard box.

29’ BUHAGIAR BAGS A BRACE – A second on the night for the striker as Le Fondre again lays on an inch perfect pass which is slotted underneath the on rushing keeper.

56’ GOAL BOLAND – The home side strikes back with their first real chance of the game as the Avondale youngster’s strike hits the bottom of the right hand upright and in.

61’ GOAL BOLAND – Redmayne looks to deal with a whipped ball into the box but is crowded out and challenged heavily. The ball is punched but only as far as Bolland who bundles it into an empty net.

105’ NINKOVIC BURIES IT – The midfield maestro’s hard work all night is rewarded as he slips in behind the defence and finds the net with ease inside the box from a tight angle.

114’ ‘SAUSAGE ROLL’ FOR LE FONDRE – The English striker caps off his Sky Blues competitive debut with a goal to seal up the tie well and truly as he strolls past the Avondale defence from a ball over the top to pass it past the keeper. 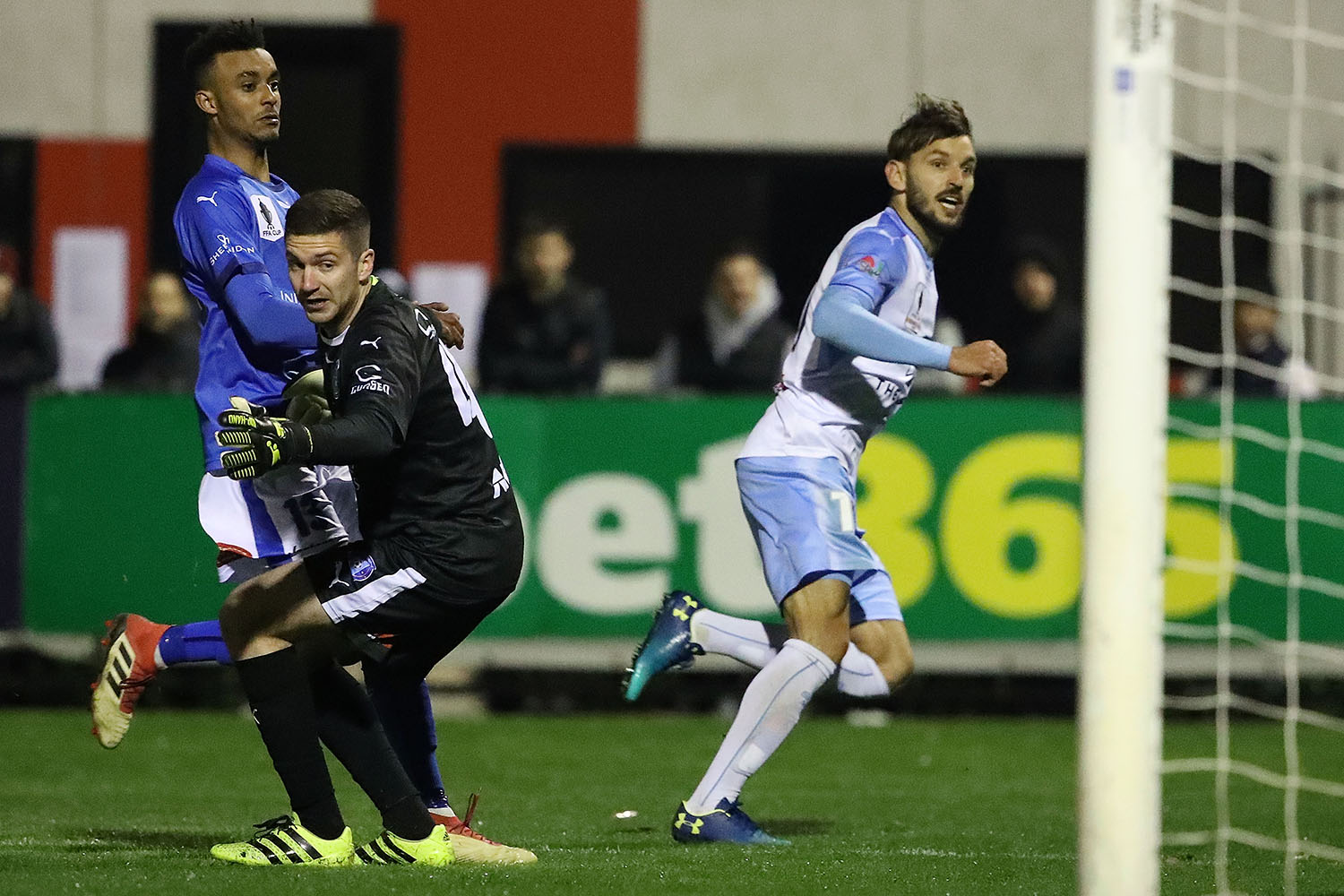 11’ OFF THE BAR BUHAGIAR – A swift counter attack and well timed run gives the Sky Blues striker a one on one chance. His effort beats the keeper but cannons of the cross bar and out.

14’ CURLY EFFORT LE FONDRE – The new number nine dips his shoulder and skips past a couple of Avondale defenders before launching his effort towards goal. The keeper just does enough to push it away from goal.

40’ BUHAGIAR STINGS THE PALMS – A cross field ball hits Zullo on the left to then be squared to the Sky Blues striker just inside the box. His first time strong effort proves too close to the keeper and the shot is parried away.

50’ FIZZING FREEKICK FROM VAN DER LINDEN – The set piece specialist centre back nearly whips one into the top right but his effort takes the slightest of touches to send the ball over the bar.

65’ FINGERTIP SAVE REDMAYNE – Germano looks to notch another freekick special but Redmayne is up to the task as he moves quickly to his left and dives to prevent a certain goal.

84’ LOFTY EFFORT FOR LE FONDRE – Sydney FC break quickly as Grant is released on the right before squaring it to the Englishman who looks to lift the ball over the Avondale keeper but he tracks back in time.

89’ WORLD CLASS SAVE REDMAYNE – Towns tried to bend a thunderous effort into the net with regular time winding down but Redmayne denies him that glory with a wonderful diving save to his right. 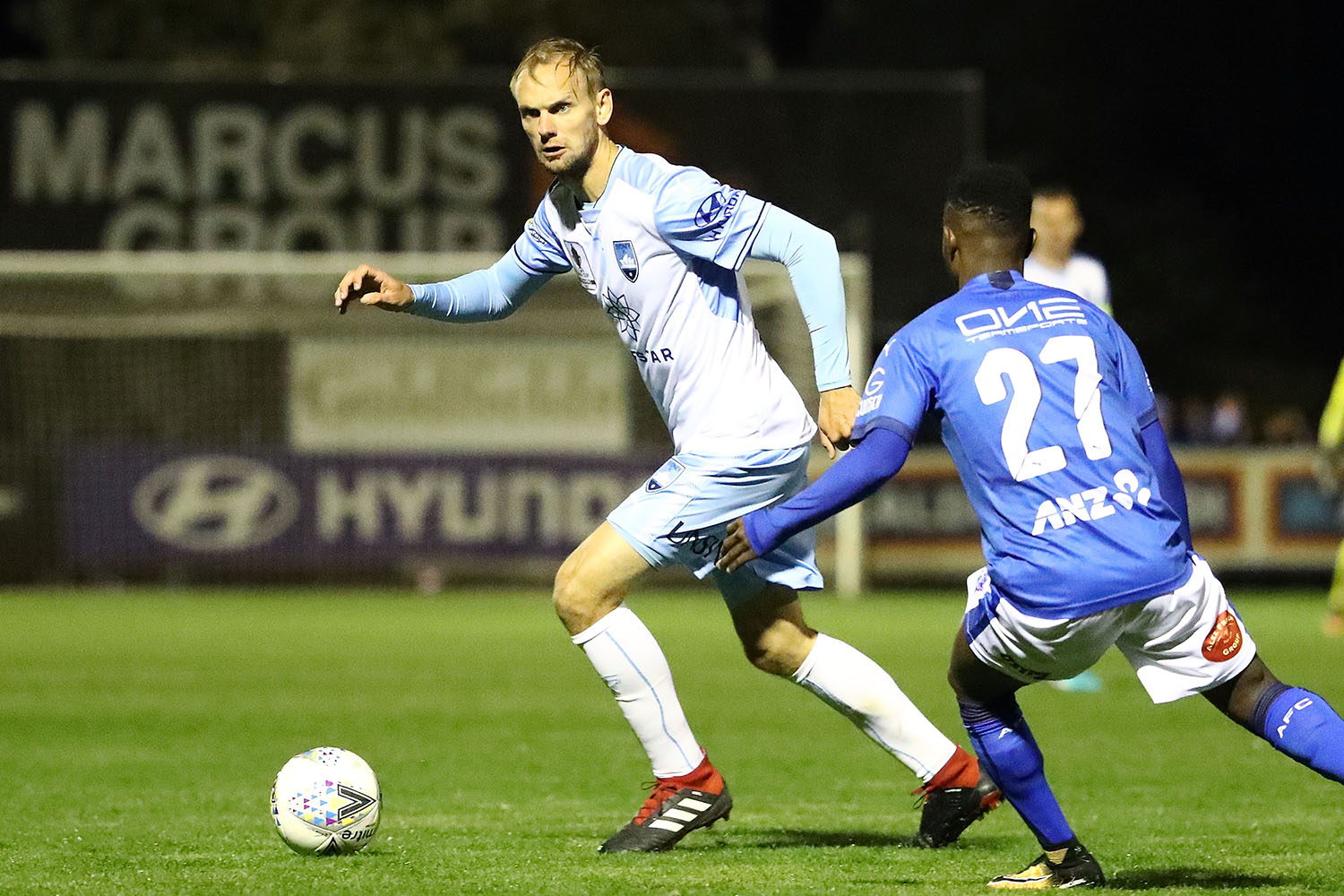