Sydney FC has played out a 1-1 draw in largely dominant performance in front of a boisterous Sky Blue crowd at Leichhardt Oval. 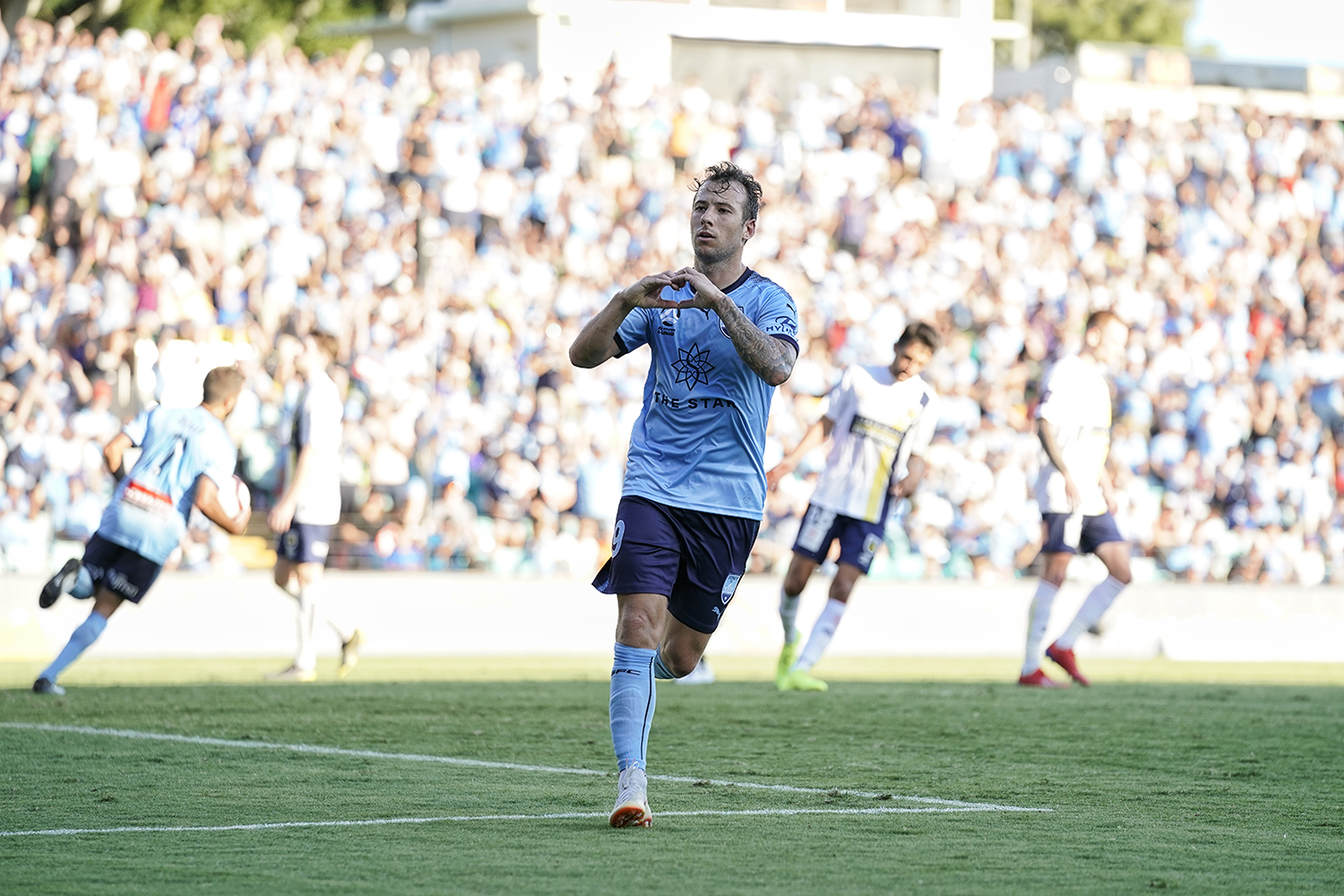 In a dominant opening spell for the Sky Blues, chances came thick and fast with Ninkovic coming the closest with his thumping effort cannoning off the post.

However, it was the visitors who hit the net first largely against the run off play as a half-cleared corner found O’Neill on the edge of the box to beat unsighted Redmayne.

Corica’s men kept the pressure going in the second half against a resolute Central Coast with the pressure finally telling with a quarter of an hour to go as Brosque was brought down in the box for the official to award a penalty.

Le Fondre stepped up and coolly slotted the ball down the middle for his 13th goal of the campaign and send The Cove behind the goal into raptures.

Despite a number of late chances and the Sky Blues overall dominance, this was to be the last goal with the match ending all square after 90 minutes.

Steve Corica: “Happy with the performance. We dominated from the start and had plenty of chances.

“Only disappointments are we didn’t score more goals and get the three points.  They scored against the run of play in the first half and other than that, a long-range effort that Redders saved easily.

“We had about 14 or 15 shots, some one on ones and hit the post so plenty of good chances. It was not for the lack of trying and I can’t take anything away from the boys’ effort.

[On the Premiers Plate race] “Eight games to go and were not going to give up – we’ll fight until the end. Perth are going well and keep winning but us and Melbourne have to play them again.”