Sydney FC have gone down to a plucky Canberra United at McKellar Park on Sunday, with a goal in each half deciding the contest amongst a flurry of Sky Blues’ chances.

Sydney FC have dominated the play but gone down to a plucky Canberra United at McKellar Park on Sunday, with a goal in each half deciding the contest amongst a flurry of Sky Blues’ chances. 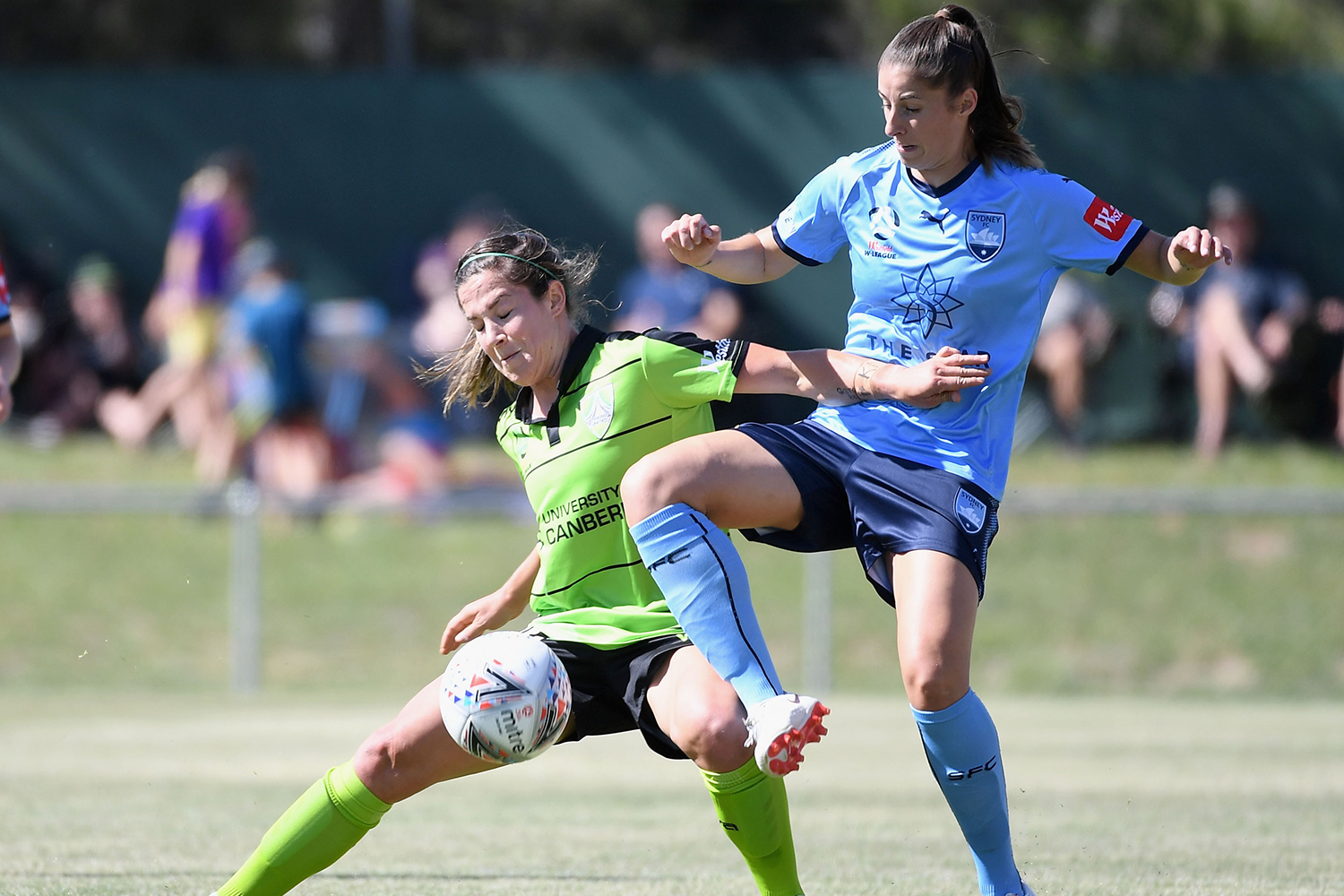 1 – 5’ Penalty overturned: The Sky Blues are initially awarded a spot kick after Colaprico’s corner is handled in the area, however the referee overturns her decision and awards Canberra a free kick for handball.

2 – 24’ Roestbakken offside: Karly Roestbakken produces a sublime volley to hit the back of the net but her effort is cancelled out as the offside flag is up.

3 – 33’ Bledsoe saves: Rhoda Mulaudzi breaks clear on goal one on one with the Sky Blues’ keeper, however Bledsoe stands tall to deny the hosts the lead.

4 – 35’ Bledsoe again: Canberra work the ball around before playing in Paige Nielsen who fires low at goal, but Bledsoe is equal to the shot to get down low and gather.

5 – 42’ De Vanna chance: Lisa De Vanna is played in behind the Canberra defence and she bursts into the area on the left before seeing her effort palmed away well by Sham Khamis in goal.

6 – 45+4’ Mulaudzi Goal: Into stoppage time in stoppage time, Rhoda Mulaudzi chips home for the hosts after the Sky Blues initially halted their runs as the offside flag went up. The goal was firstly ruled out for the flag however after consultation with her linesman, referee Katie Patterson awards the strike.

7 – 54’ Colaprico chance: Caitlin Foord backheels a ball into the path of Danielle Colaprico on the edge of the box but she’s tackled while shooting and the chance goes begging.

8 – 57’ McCaskill hits the bar: A sweeping ball from Colaprico releases Savannah McCaskill on the right who controls and beats Sham Khamis before curling an effort onto the bar and out.

9 – 60’ Roestbakken Goal: A Canberra cross is only half cleared to the edge of the Sky Blues’ area where Karly Roestbakken takes a touch before curling low into the far bottom corner.

10 – 90+12’ Ibini heads wide: A short corner routine is worked to Princess Ibini at the near post who can’t steer her header on target. 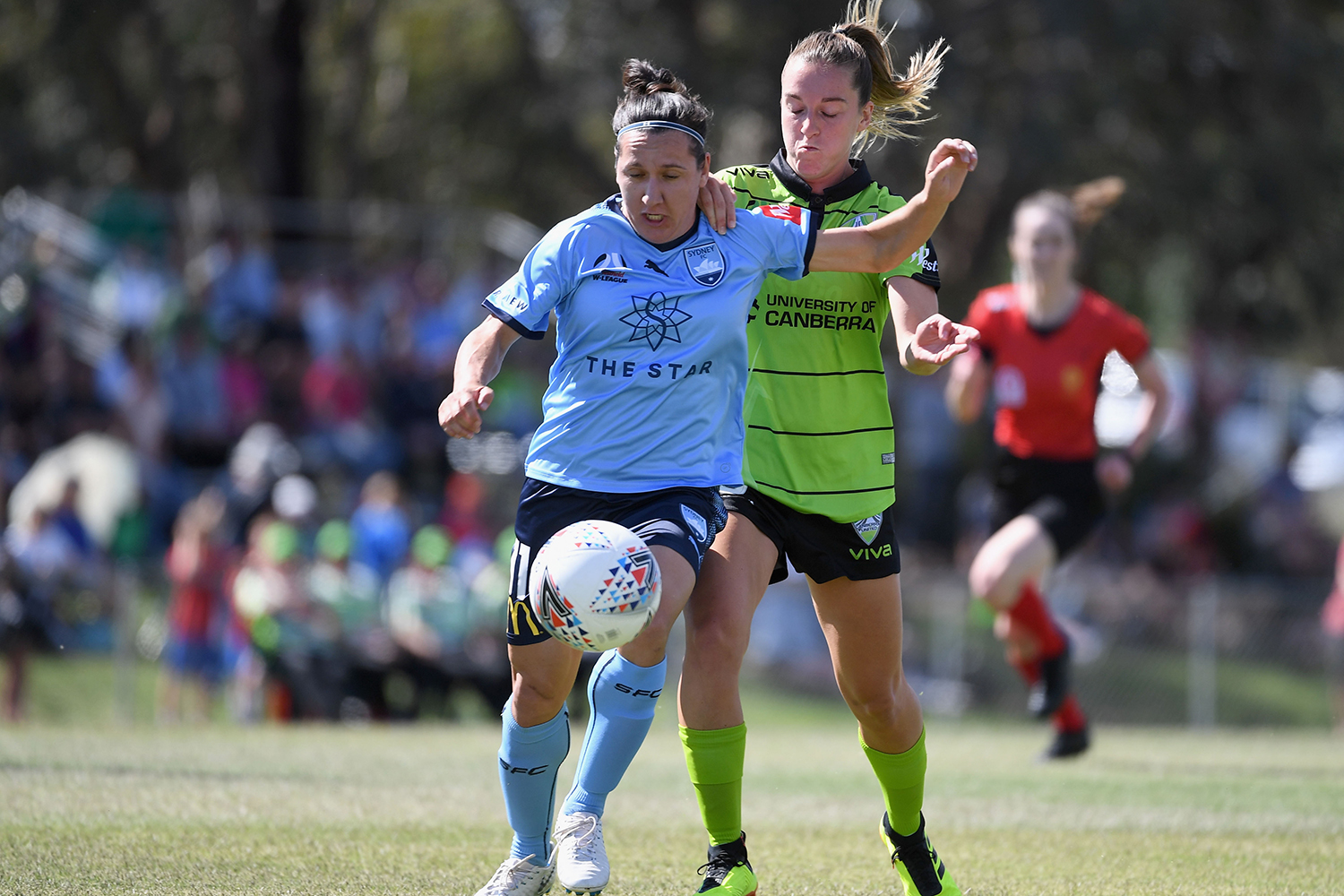 Both sides’ defences were on top in the first half, cancelling each other out in a tense first 45 minutes.

With the initially signalled stoppage time expired in the first half, play continued on with the home side controversially scoring just before the break as Rhoda Mulaudzi chipped beyond Bledsoe with the offside flag raised.

The Sky Blues’ defence had stopped following the flag and with the referee denying the goal initially it was overturned following consultation with the linesman.

Sydney FC emerged the brighter in the second half, kicking off with speed and purpose.

The Sky Blues fashioned a number of chances in the second 45 with Danielle Colaprico and Savannah McCaskill seeing chances go begging, with the latter hitting the cross bar following a fine flowing move.

However, it was the home side who doubled their lead on the hour mark as Karly Roestbakken curled in low from outside the box after a Canberra cross was only half cleared.

A nasty injury to Natasha Prior, who was stretchered from the field, saw 14 minutes of time added on as the Sky Blues’ upped the ante with time ticking down.

The Sky Blues continued their forward play as Princess Ibini headed wide in the 12th minute of stoppage time, however they were unable to find the net in a frustrating afternoon in the nation’s capital.

Sydney FC return to action at home at Seymour Shaw on Sunday 9 December against Brisbane Roar (kick off 4pm AEDT) in a great family afternoon out. 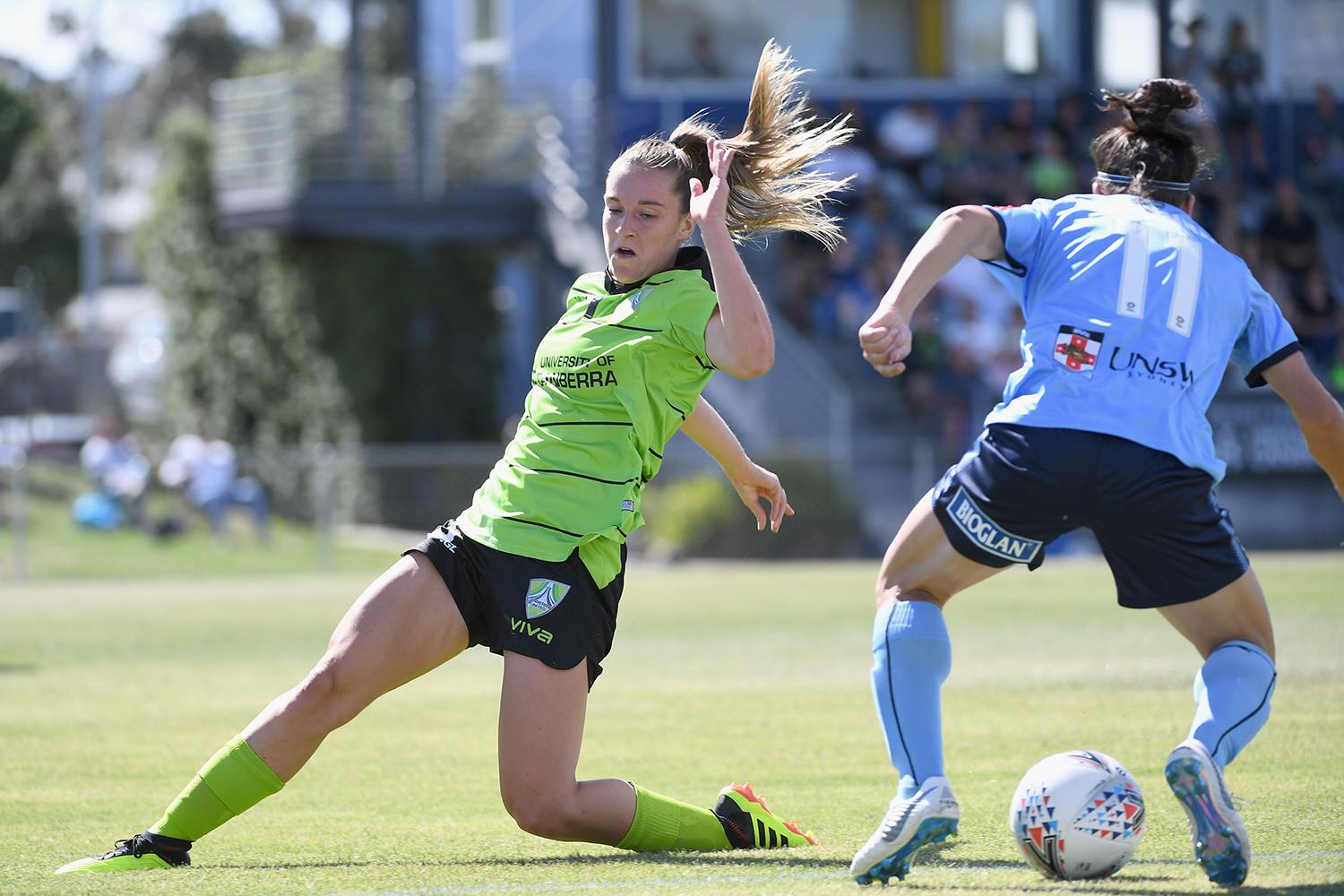 Ante Juric: “It was very funny but it is what it is, at the end of the day we’ve got to keep working hard and get back. I just hope Natashia Prior is ok,” Juric said.

“We dominated again, it was positive. We’re just not putting it away, another day you score six. In saying that Canberra were smart on the break but it’s disappointing when you know you could have won and should have done, but you don’t.

“Amy [Harrison] has done well to come in and play a full game after so long and the mentality to come back after two knee reconstructions, she was great.” 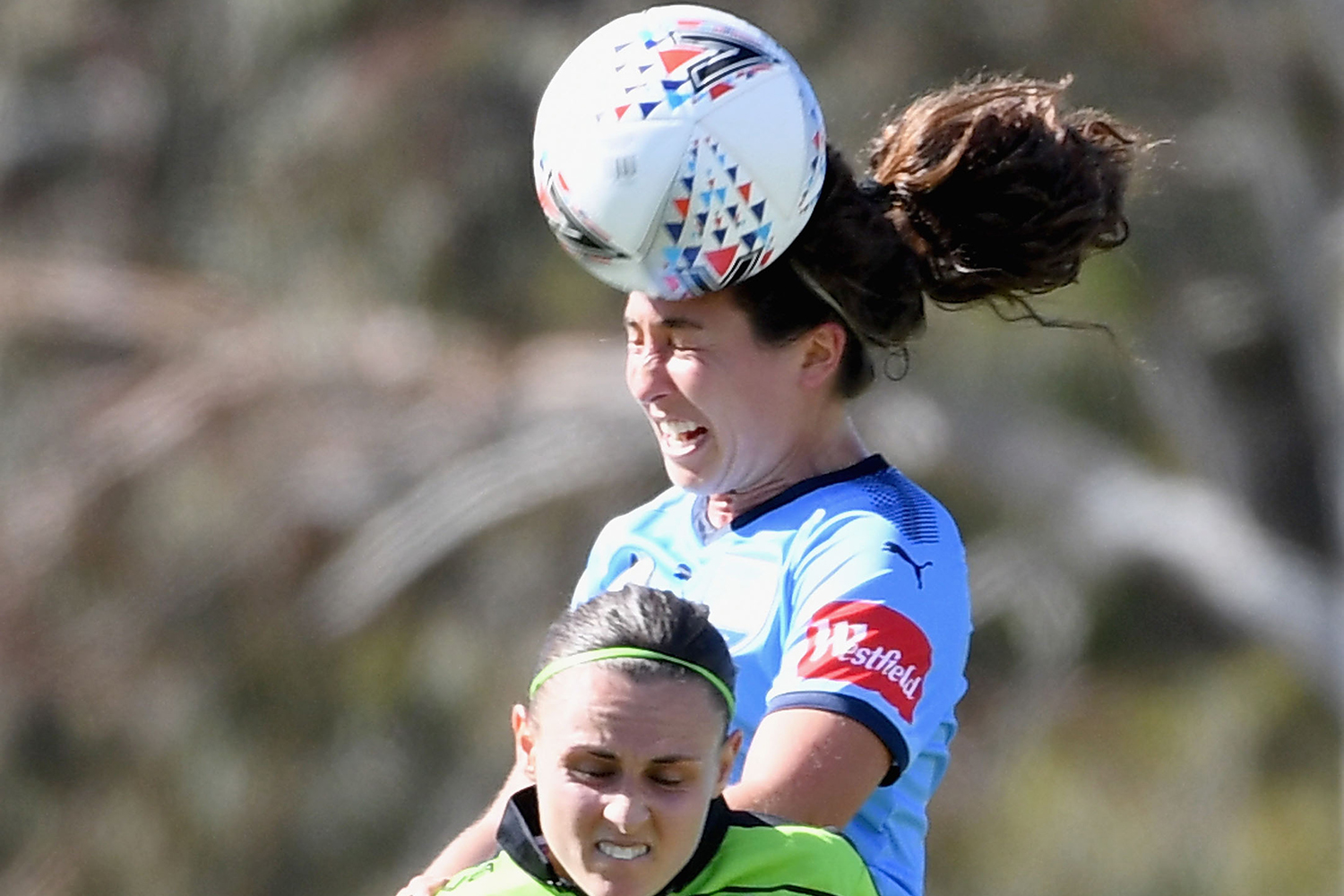