The date and venue for Sydney FC’s Westfield FFA Cup 2017 Semi-Final has been confirmed by Football Federation Australia (FFA).

While Wednesday 11 October 2017 was not previously scheduled as an official Westfield FFA Cup match date for this year’s competition, venue availability at Lakeside Stadium necessitated a shift in the Semi Final scheduling.

FFA engaged with its stakeholders including the participating Clubs, the venue, as well as host broadcaster FOX SPORTS, to ensure the first Semi Final would be played at Lakeside Stadium and take the magic of the Westfield FFA Cup back to South Melbourne’s home ground, rather than the alternatives of playing the match in a neutral venue in Melbourne, or a reversed fixture in Sydney. 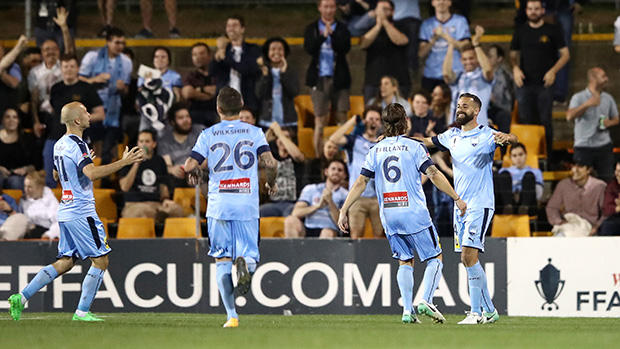 FFA can also confirm that the Westfield FFA Cup Final 2017 will be played on Tuesday 21 November 2017.

Ticketing information for each Westfield FFA Cup 2017 Semi Finals match will be released in due course by each home club. Please visit www.theffacup.com.au/tickets for further details.