Sydney FC have moved seven points clear of their nearest competitors in the Hyundai A-League following their tightly contested draw with the Central Coast Mariners.

In what was Graham Arnold’s 200th game managing in the Hyundai A-League, Sydney FC battled in the prevailing heat and humidity but were pegged back early by Blake Powell’s penalty.

The Sky Blues responded well and in the second half Bobô’s 16th league goal of the campaign, equaling Marc Janko’s club record of goals scored in a season, ensured that the team extends their unbeaten run at Fortress Allianz to 25 games (658 days). 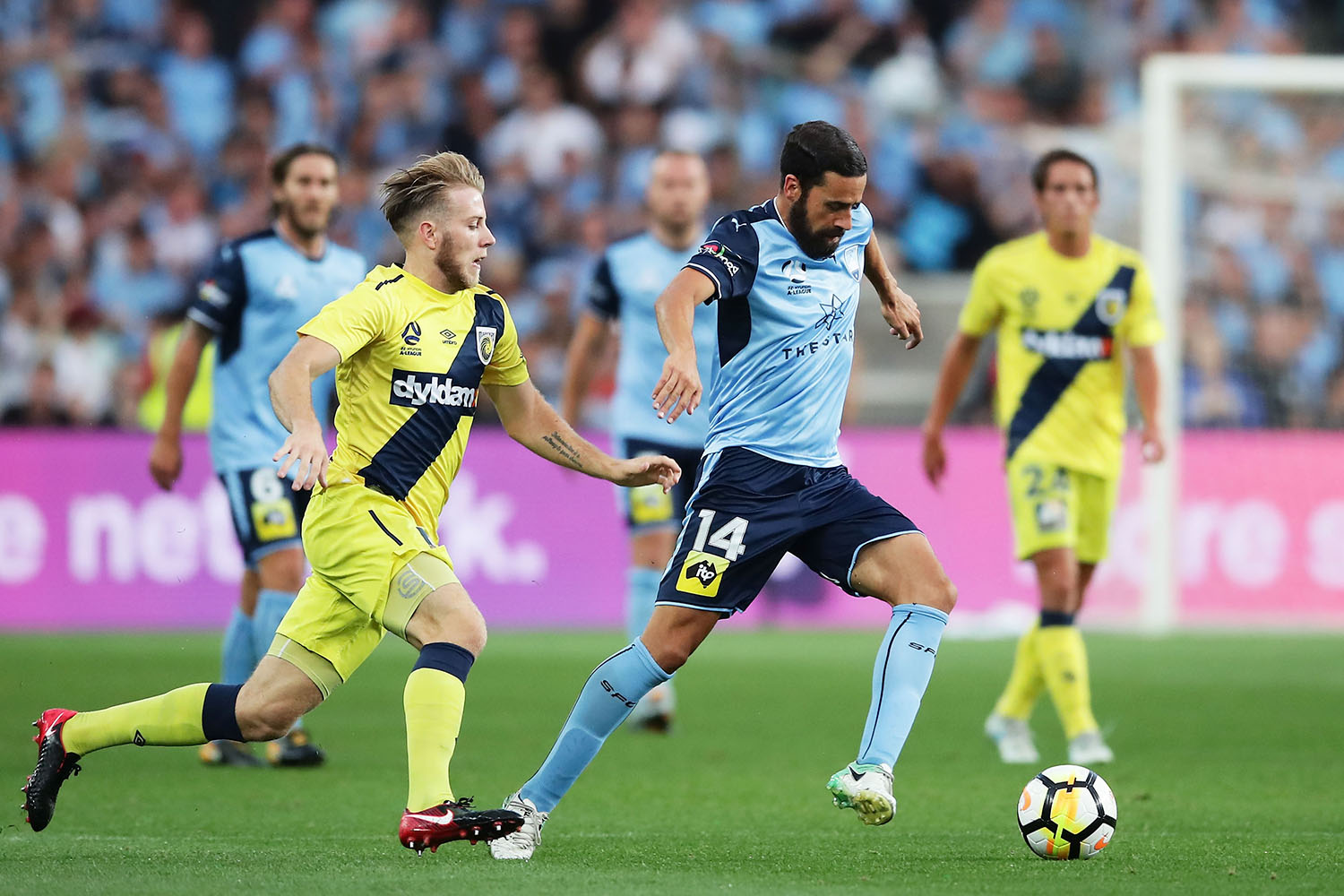 Graham Arnold: “Obviously it’s about scoring the goals, I thought the Mariners were very well set up tonight. I thought we worked extremely hard, the effort was fantastic and we go another point clear at the top which is the main thing.”

“The most important thing for me always is getting those opportunities, getting into those positions, getting players into good areas and it’ll come.

“It was a good game, the Mariners played well but they didn’t have a shot on target in the second half and we had enough chances to win two games. I think that for some reason overall, this being my 200th game, someone up there wanted this to be a draw.” 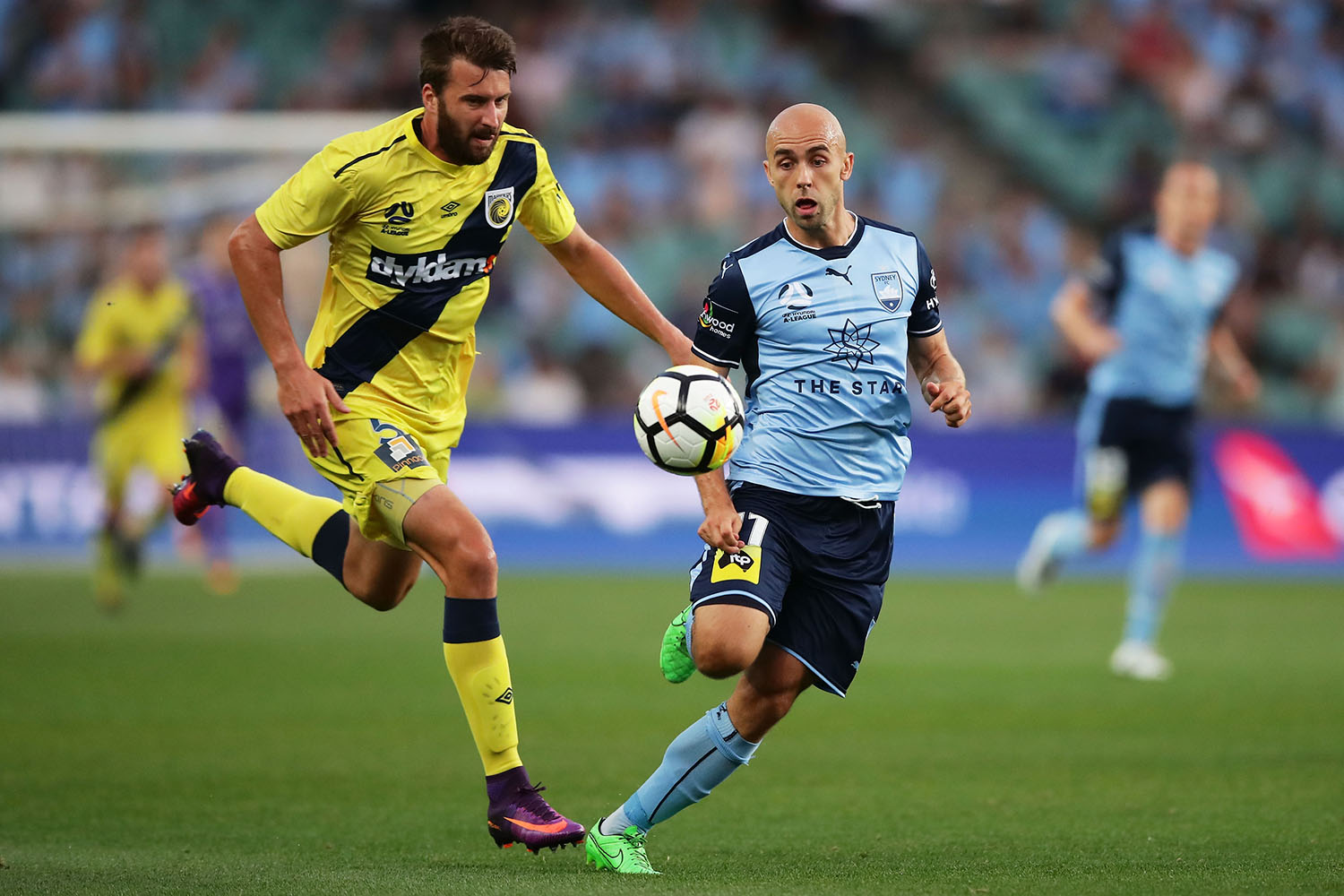 62’ BOBÔ: Mierzejewski dinks a dangerous looking cross into the path of Bobô who makes no mistake when powering his header back across goal and into the net. The goal sees the Brazilian equal Marc Janko’s club record of goals scored in a season (16). 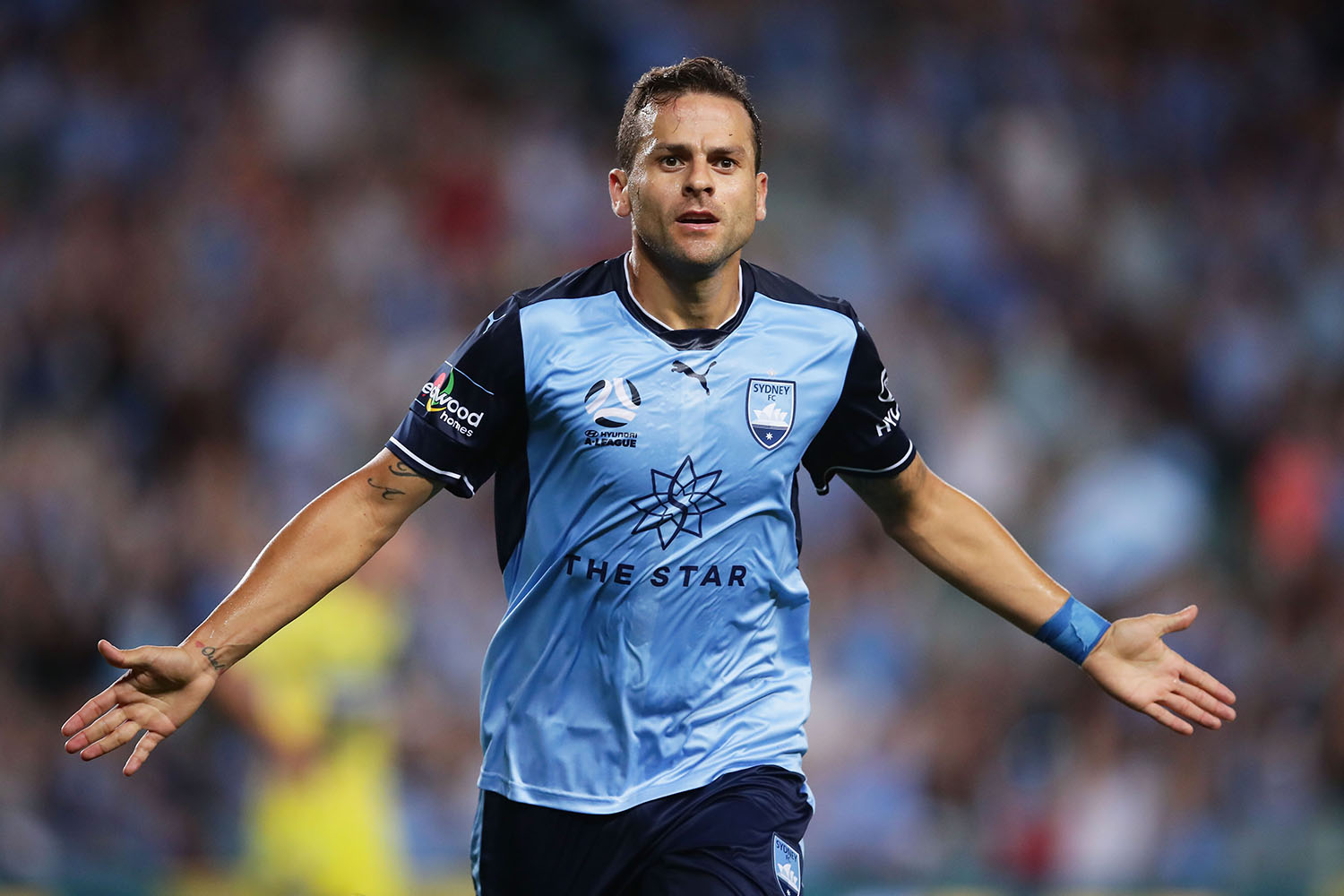 2’ BOBÔ AT THE BACKPOST: Zullo marauds down the flank and floats a cross into Wilkshire. The Australian fullback heads the ball back across goal but Bobô is stretching and his header loops over the bar.

5’ LOOSE BALL IN THE BOX: Appiah breaks into space on the counter and sends a dangerous ball into Sydney FC’s box. The ball pops around but no Mariners player is able get on the end of it.

15’ SKY BLUES EXERT PRESSURE: Zullo with a couple of teasing crosses within minutes of each other. The first is inches away from being turned in by Bobô’s outstretched foot, while the second drops at Ninkovic’s feet but his effort is saved.

23’ BOBÔ WITH A POP: The Sky Blues showed deft ball control to work it through the Mariners defence with a slick sequence of first touch passing. Bobô receives the ball at the edge of the Mariners box but his effort is directed just wide of the upright.

30’ NINKOVIC CLOSE: Mierzejewski springs the Mariners offside trap and tees up Ninkovic just outside the box. The Serbian’s driven effort is goal bound but takes a deflection and sails over the cross bar.

37’ MIERZEJEWSKI MAZY RUN: Adrian has the ball on a string as he weaves through the Mariners defenders with ease, having rode a couple of challenges his final touch is too heavy and takes the ball into the waiting arms of Kennedy.

39’ BROSQUE SO CLOSE: Mierzejewski plays Brosque through one on one with Kennedy but the Mariners goalkeeper produces a stunning save to deny the Sky Blues skipper.

45’ BOBÔ GOAL DISALLOWED: O’Neill stands a ball up to the back post, which Bobô proceeds to head across Kennedy into the net. The Brazilian striker’s joy is short lived however as the linesman’s flag is raised for offside.

45+3’ WALES GLARING MISS: Redmayne gets down well to save a powerful effort from Powell but the Central Coast striker finds the ball at his feet again and passes it to Wales who is unmarked and mere metres from goal yet somehow contrives to sky the ball over the bar.

49’ BARO LIVING DANGEROUSLY: Mierzejewski spots the run of Zullo with a sublime pass, the Australian fullback delivering a powerful, low cross which Baro attempts to clear, but in the process goes very close to putting the ball in his own net.

57’ WILKINSON LAST DITCH BLOCK: Appiah is through on goal with options to pass to but decides to shoot himself. It proves to be the wrong decision as Wilkinson reads the play and makes himself big to block the shot. 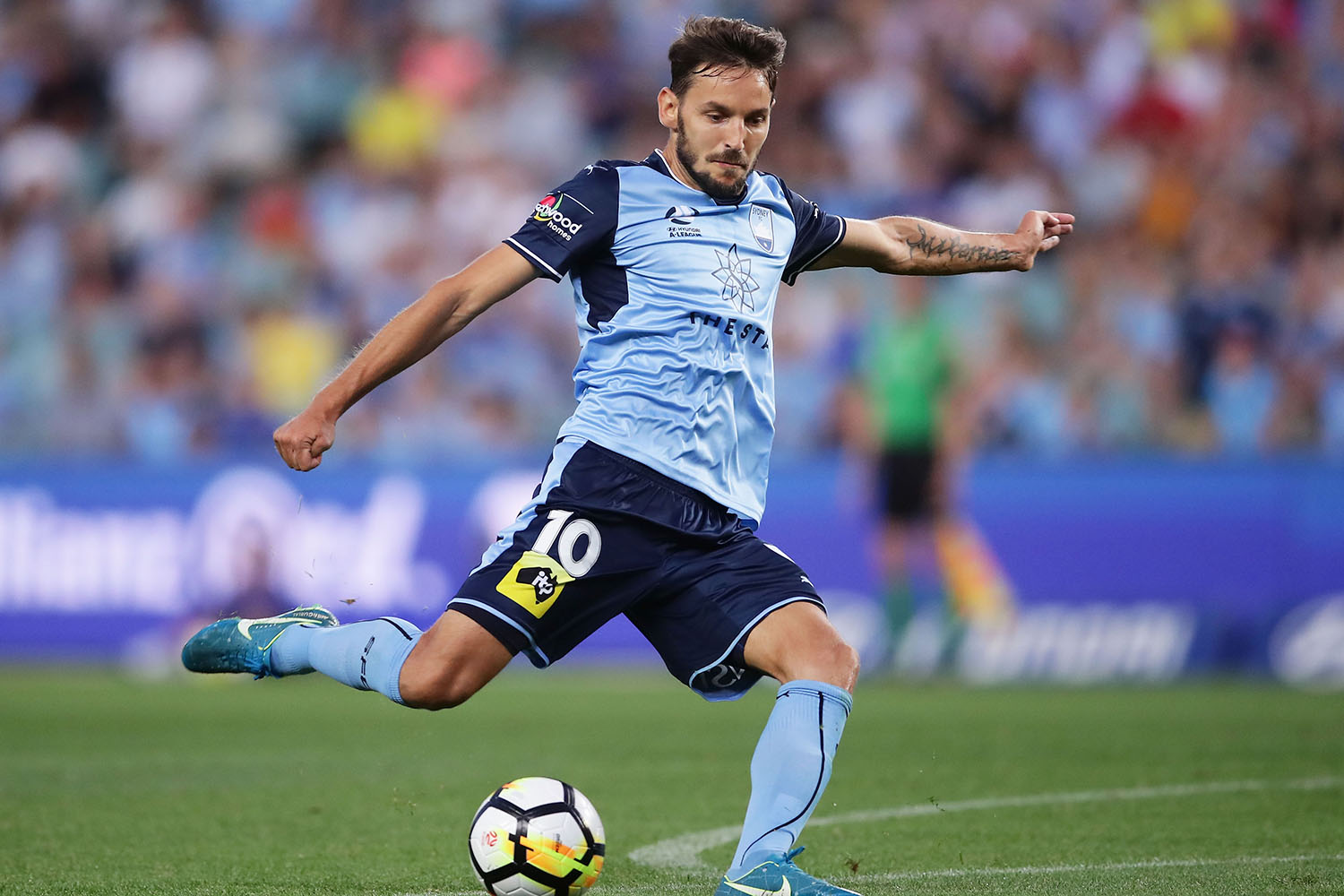 Michael Zullo comes back into the starting eleven in the place of David Carney, who is on the bench alongside Charles Lokolingoy, Tom Heward-Belle, Paulo Retre, and Aaron Calver.