Sydney FC’s win over the Newcastle Jets at McDonald Jones Stadium was a case of complete dominance over the hosts across the park.

From attack to defence, the Sky Blues excelled and trumped the Novocastrians to leave the Hunter with their record fourth consecutive league win for the 2016/17 season.

The Sky Blues enjoyed the majority of the ball, 52.1% compared to the Jets 47.9%, with the squad consistently encroaching in the Jets half of the field.

Danny Vukovic kept his fourth consecutive league clean sheet courtesy of another stoic defensive display from the back men.

The Sky Blues made 16 tackles, completing 81.3% of them, while making 18 clearances and 20 interceptions to ensure the Sky Blues custodian wasn’t troubled between the posts.

Brandon O’Neill has gone from strength to strength in his second season at the Sky Blues, with the number 13 creating eight chances in his four appearances, with his midfielder partner Josh Brillante creating five chances himself. 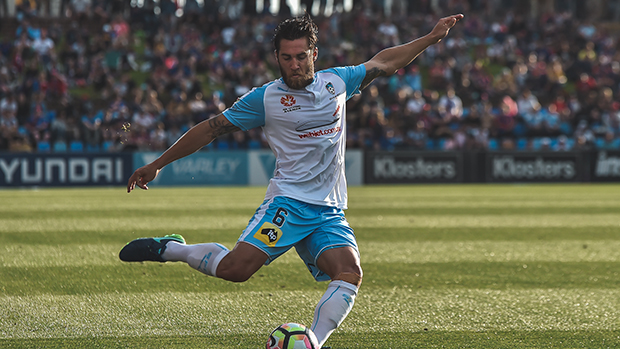 In attack the Sky Blues again displayed their quality to end the match with two goals on the scoresheet.

The Sky Blues fired 11 shots at the Jets goal, eight from inside the box and three from outside the box, compared to the Jets four shots in total.

Bobô has shown the most attacking intent in his four appearances to date, firing eight shots at goal, while Filip Holosko and, surprisingly, Rhyan Grant have both let off seven efforts.

The Sky Blues will be looking to continue to build on these figures as they contest the beyondblue Cup against Melbourne Victory at Allianz Stadium this Saturday (kick off 7:50pm). Get your tickets today and be there to support your Sky Blues in their second home game of the season.