Sydney FC are expanding their reach into Tasmania with the Sky Blues establishing a football development partnership with South Hobart FC, the club announced today.

Sydney FC will provide South Hobart FC with coaching support, mentoring, talent identification and player opportunities as the Sky Blues keep the door open to talent nationwide, as well as continuing the development of players from Sydney and New South Wales through the Sydney FC Academy.

Sydney FC Academy Director Kelly Cross said he was impressed with the vision of South Hobart FC as he identified Tasmania as an emerging talent pool.

“Tasmania has been steadily improving its work in developing talented players in recent years, and South Hobart has been a big cog in that progress,” Cross said.

“Our club was impressed with what South Hobart have achieved and what they are setting out to do.

“Forming a relationship with Ken Morton and his team will give Sydney FC access to potential A-League players of the future.

Sydney FC Academy Director Kelly Cross will be in Hobart in early March to launch the program and to work with South Hobart FC coaches and players. 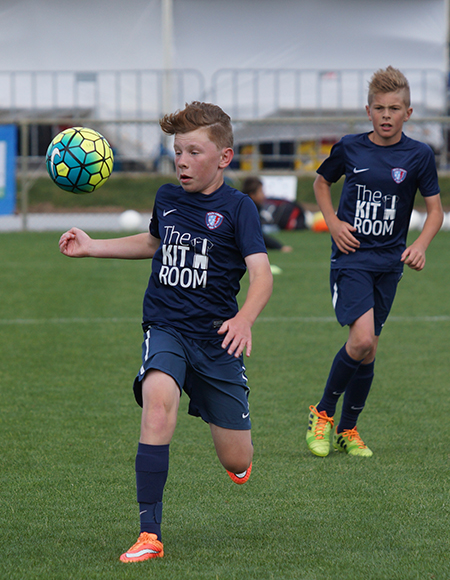 Players identified through the program will be provided the opportunity to travel to Sydney and train under closer inspection courtesy of DJ Motors.

South Hobart FC’s Director of Coaching Ken Morton said the partnership with Sydney FC is a prime chance for young Tasmanian players to propel themselves into the Hyundai A-League.

“This is a wonderful opportunity for our young Tasmanian players,” he said.

“DJ Motors have recognized and embraced this opportunity to help our young players and will be providing scholarship assistance for travel to Sydney for identified players.

“Sydney FC have their youth academy up and running and now we have a direct link for our players to the top level of football in Australia.

“Our players will have a chance to be recognized and their progress followed during their football development by a huge club like Sydney FC.

“This relationship will allow more opportunities to open up for them at A-League level,” he continued.

“Our emphasis at South Hobart FC has always been to develop our own players and this is a perfect fit.

“The future looks bright for those who are prepared to work hard.  We welcome Sydney FC to our club.”

South Hobart FC’s young players from the Under 9 Skills Acquisition Program (SAP) to our U18s will proudly wear the Sydney FC badge in honour of the new relationship.