Sydney FC have gone down 1-0 in the #SydneyDerby despite a dominant 90 minute performance in a game they should have won. 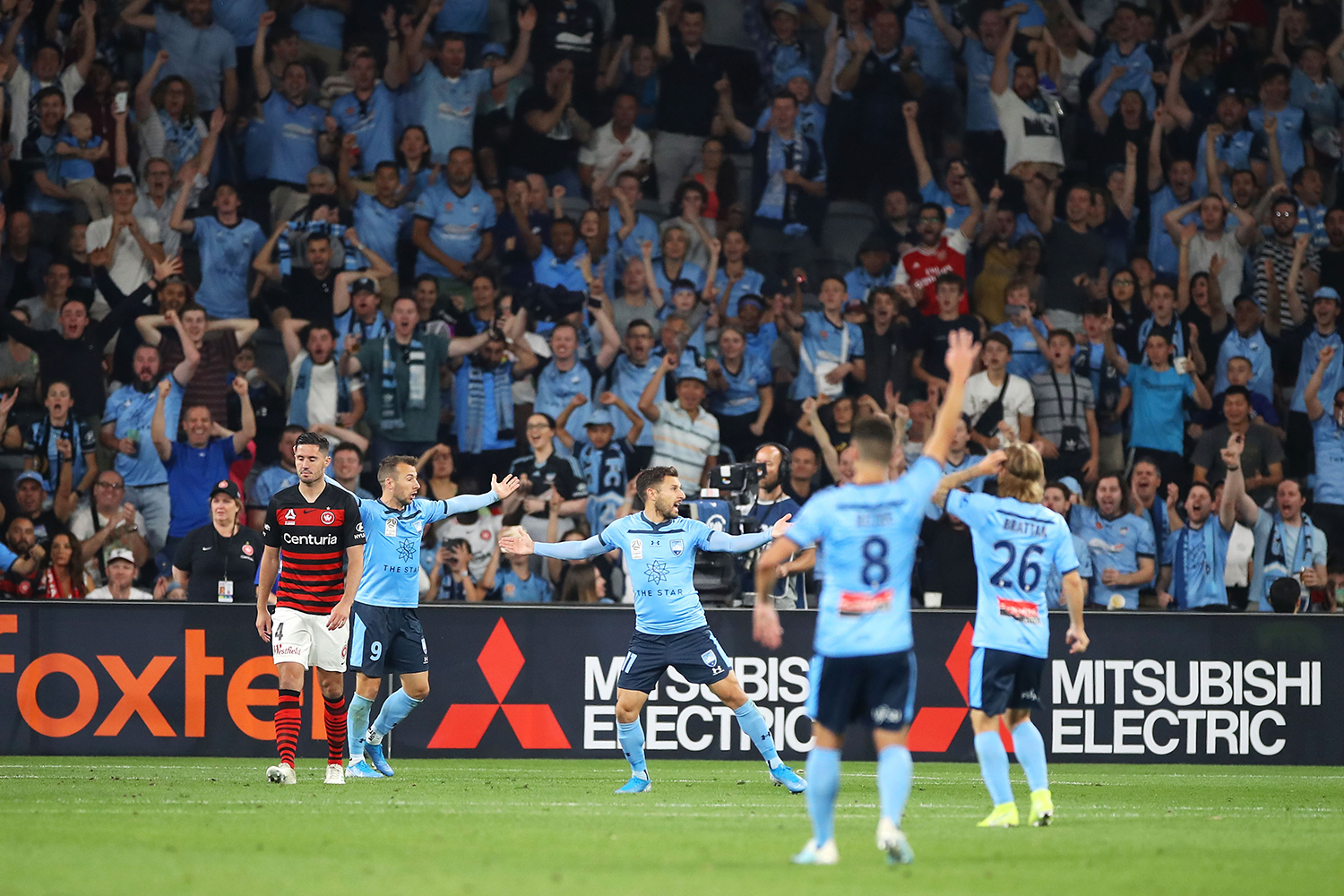 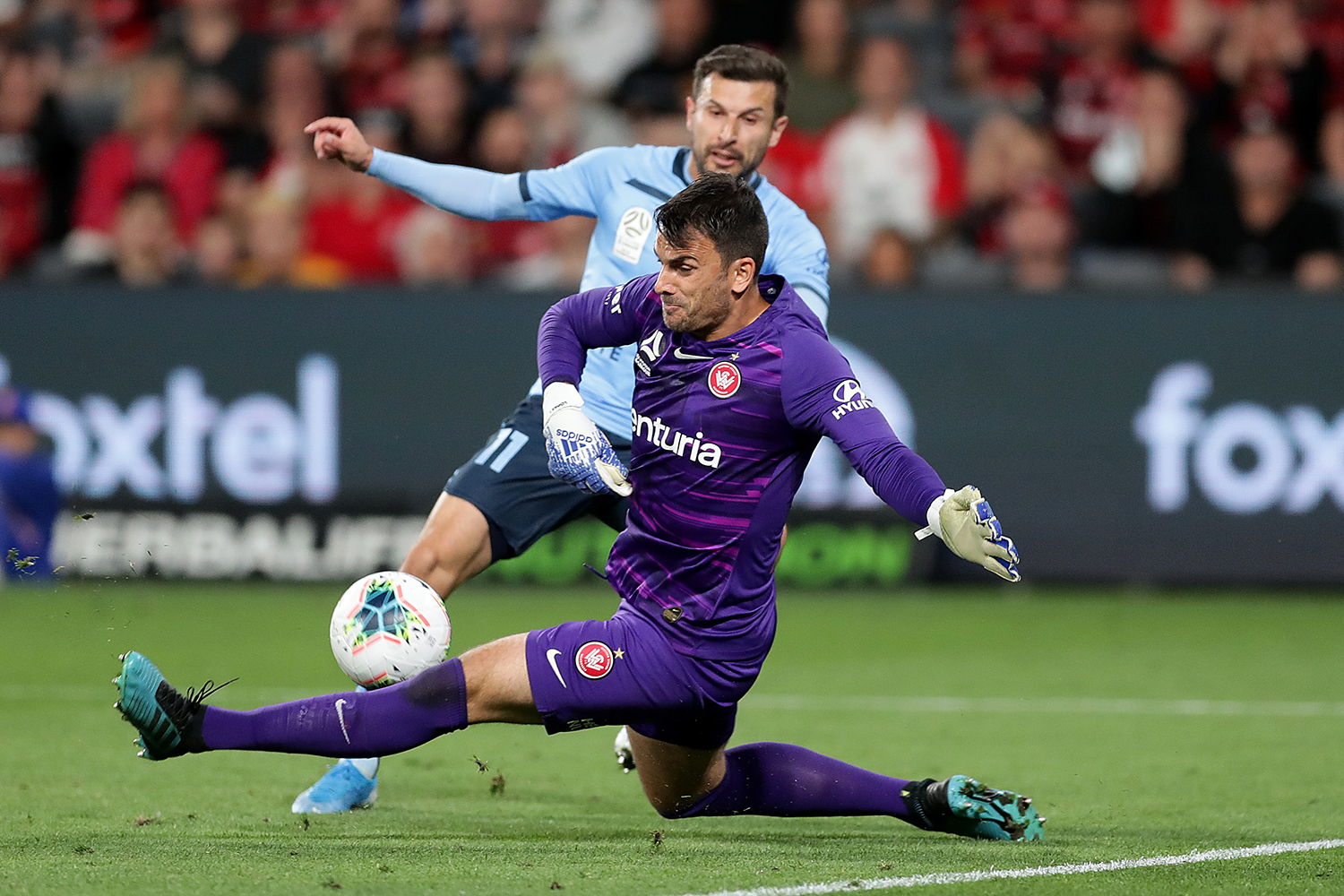 Sydney FC have fallen in the Sydney Derby after dominating the game and creating the majority of the chances.

The Sky Blues controlled the game from the start and were inches away from being rewarded when Ninkovic sent a dinked effort onto the crossbar.

The Serbian was denied again later in the half along with striker Adam Le Fondre but it was the Wanderers who went in at the break 1-0 up thanks to a Mitch Duke header.

It was much of the same in the second half, with Brattan and O’Neill controlling the midfield, while Barbarouses was denied a goal by the VAR when his header came off the post, and was ruled not to have crossed the line.

The Sky Blues were also denied a penalty by the VAR after the ball clearly hit the hand of Baccus as Sydney FC flooded the Wanderers half with attacks, while Lopar made a fabulous save from Barbarouses.

In the final minutes, McGowan chested the ball to Ninkovic who was six yards out only for a Wanderers’ defender to make a last-ditch challenge.

Despite being in control of the game, the Sky Blues suffer their first defeat of the season and return back home to Leichhardt Oval on Friday night when they take on a winless Newcastle Jets side. 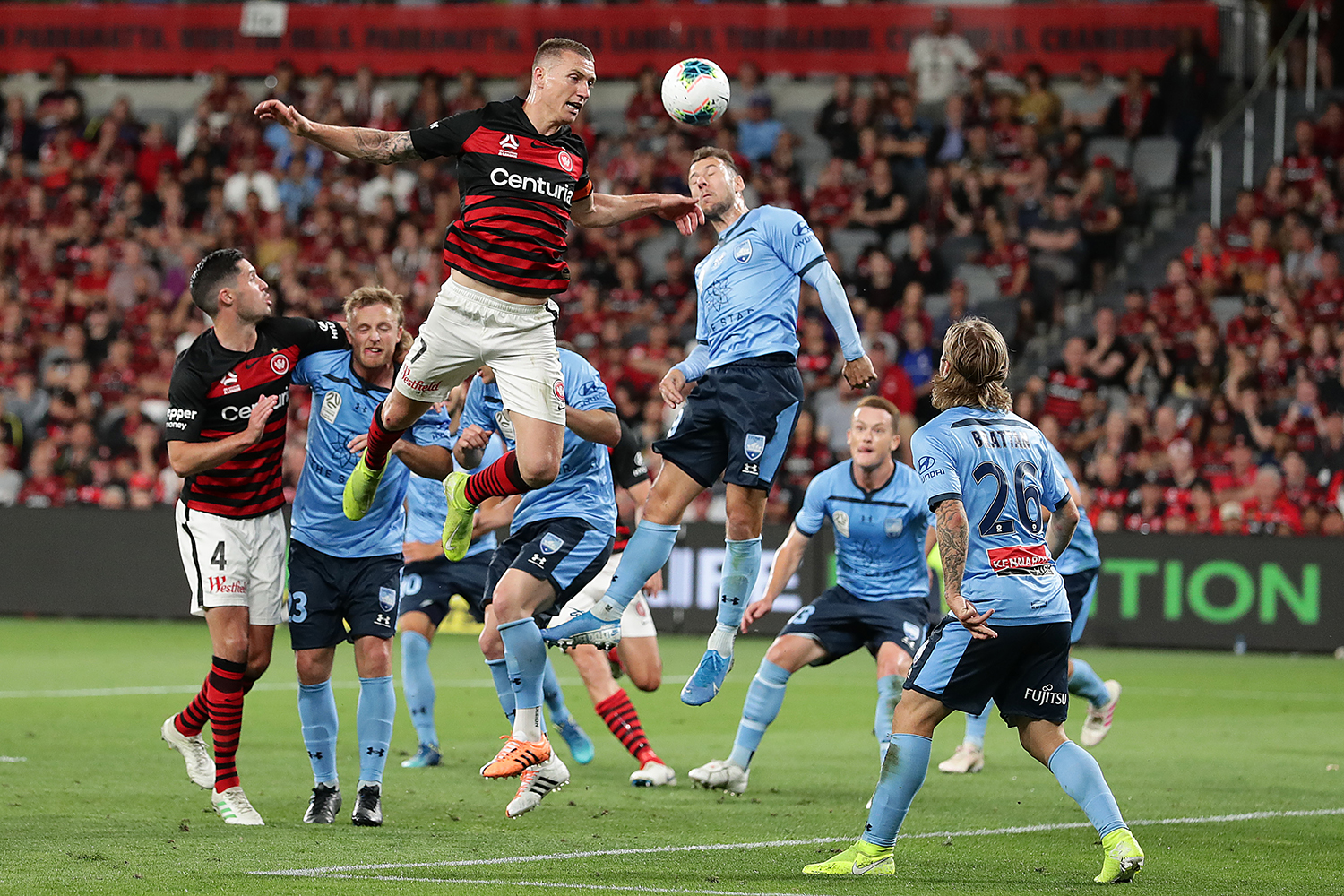 What they said: Steve Corica: “It’s a bit difficult to take. I’m so very proud of the boys, they dominated from the start to finish.”

“Milos was sensational tonight. They couldn’t get out of their half.  I’ve got a lot of disappointed boys in the change room but when I speak to them it’ll be very positive.”

“The one chance they had was the goal, it was costly of course but I thought our boys got stuck in and we won every second ball so I’m happy with the way we defended.”

[On the overall atmosphere] “The pitch was good, the stadium was great, it was a top derby, just the wrong result.” 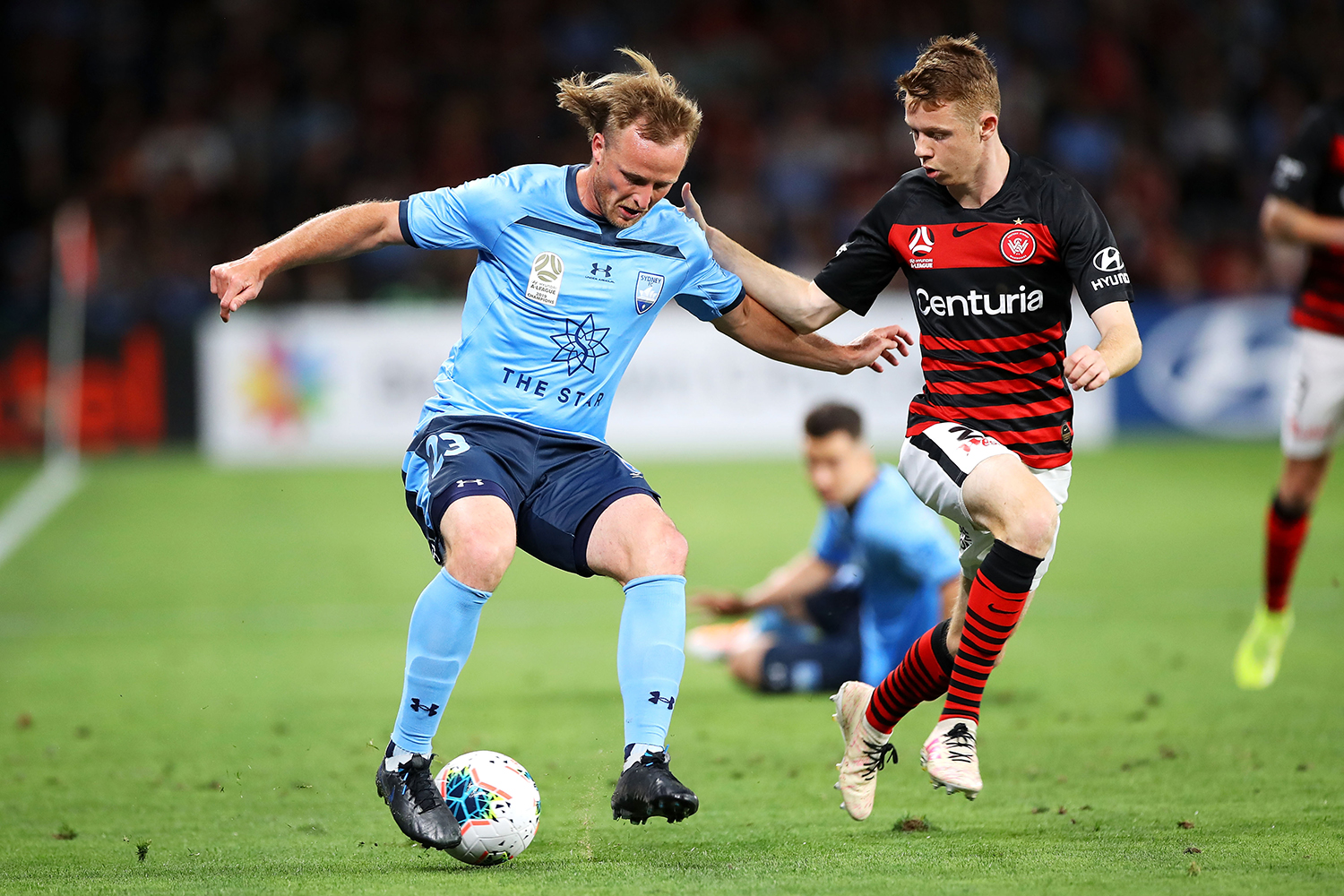