The pair spent their formative footballing years at Blacktown City and detailed the winning culture at the club, as well as their competitive nature which we’ll face in tomorrow night’s Westfield FFA Cup Quarter Final.

Our opponents are fresh from taking out the PS4 NPL 1 NSW Men’s Championship, and Crawley said the accolade came as no surprise for the club he spent his youth career with as well as the majority of his senior Australian career.

“As a kid I grew up there [at Blacktown City], it was my junior club,” Crawley said.

“They were in the State league and were promoted a couple of years while I was there into the NSL.

“As a state league club they’ve been top 1 or 2 for many years and are traditionally a strong club so we don’t take them lightly given this game on Wednesday. 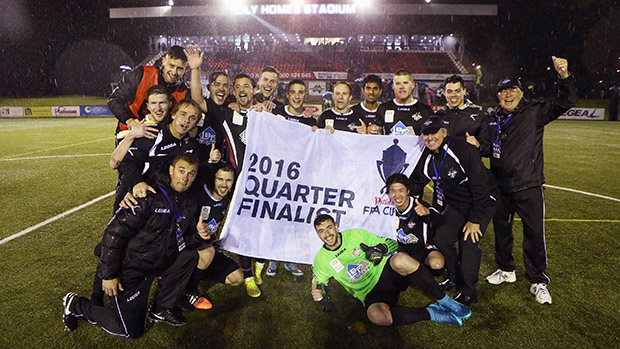 “When I came back from overseas and played at Blacktown and we had 5 or 6 seasons where we were always near the top. We won a championship and were runners up a couple of times too.

“It was a good group of guys I played with there and I’ve got predominantly winning memories.

“I’m expecting a tough match, they’ve done very well in the Premiership, they’ve got one more game to play and they’d like to go out on a finishing note.

Crawley said he was pleased to see his junior club still excelling and said he’s looking forward to seeing familiar faces on the opposite bench tomorrow night.

“It’s exciting to go up against the old club but it’s exciting more for the club [Blacktown City] itself,” he said.

“I know a lot of the players and coaches that are still there and I’ve coached there as well as playing so it’s exciting for them to be in an FFA Cup draw with the big boys. 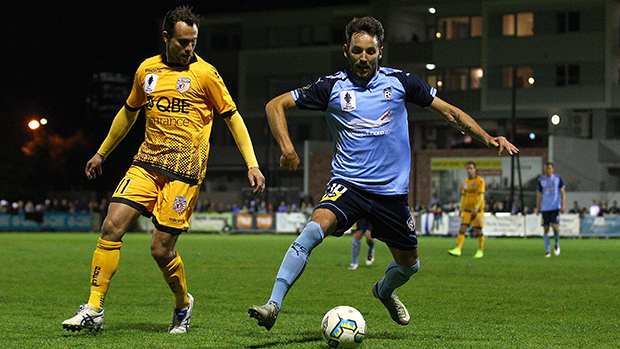 “It’s well run, they’ve got a very good coach in Mark Crittenden who’s been there for a while and Luke Rudenberg, who I played with, in the Assistant Coaches role.

“It was my local club so I’ve got a lot of fond memories of developing as a young footballer at Blacktown,” he continued.

“They’ve evolved now and there are new board members but it’s still a very good club.”

Bernie Ibini won’t feature against his junior club on Wednesday night, but the Sky Blues winger recalled fond memories of his time spent with the Demons.

“It’s a good set up, they have a good record in the state league from their juniors to first grade and I won the championship with the 20’s, so I have good memories of playing there.

“They’re a very strong team, that’s why they won the league and I’m sure they’ll be tough opposition on Wednesday.”