Sydney FC’s Foxtel Y-League side had their first defeat of the season going down 1-0 to cross town rivals Western Sydney Wanderers at Lambert Park Leichhardt on Sunday.

Sydney FC’s Foxtel Y-League side had their first defeat of the season going down 1-0 to cross town rivals Western Sydney Wanderers at Lambert Park Leichhardt on Sunday.

A dubious penalty awarded to the Wanderers in the 23rd minute proved the difference but the young Sky Blues will rue several missed opportunities which would have won the game.

The Sky Blues enjoyed the early advantage as they played their trademark possession based football. In only the seventh minute a nice combination play in the front third saw Cameron Devlin through on goal one on one with the keeper, however his low shot was blocked by the opposition custodian.

Sydney FC created several more chances before at the other end a soft penalty decision went against them when former Sky Blue Andrea Agamemnonos went down easily in the penalty area. The Wanderers converted the spot kick through Marley Peterson to take a 1-0 advantage.

Just before the break midfielder Jerry Skotadis surged into the box and with the keeper to beat could only see his effort slide wide of the far post. 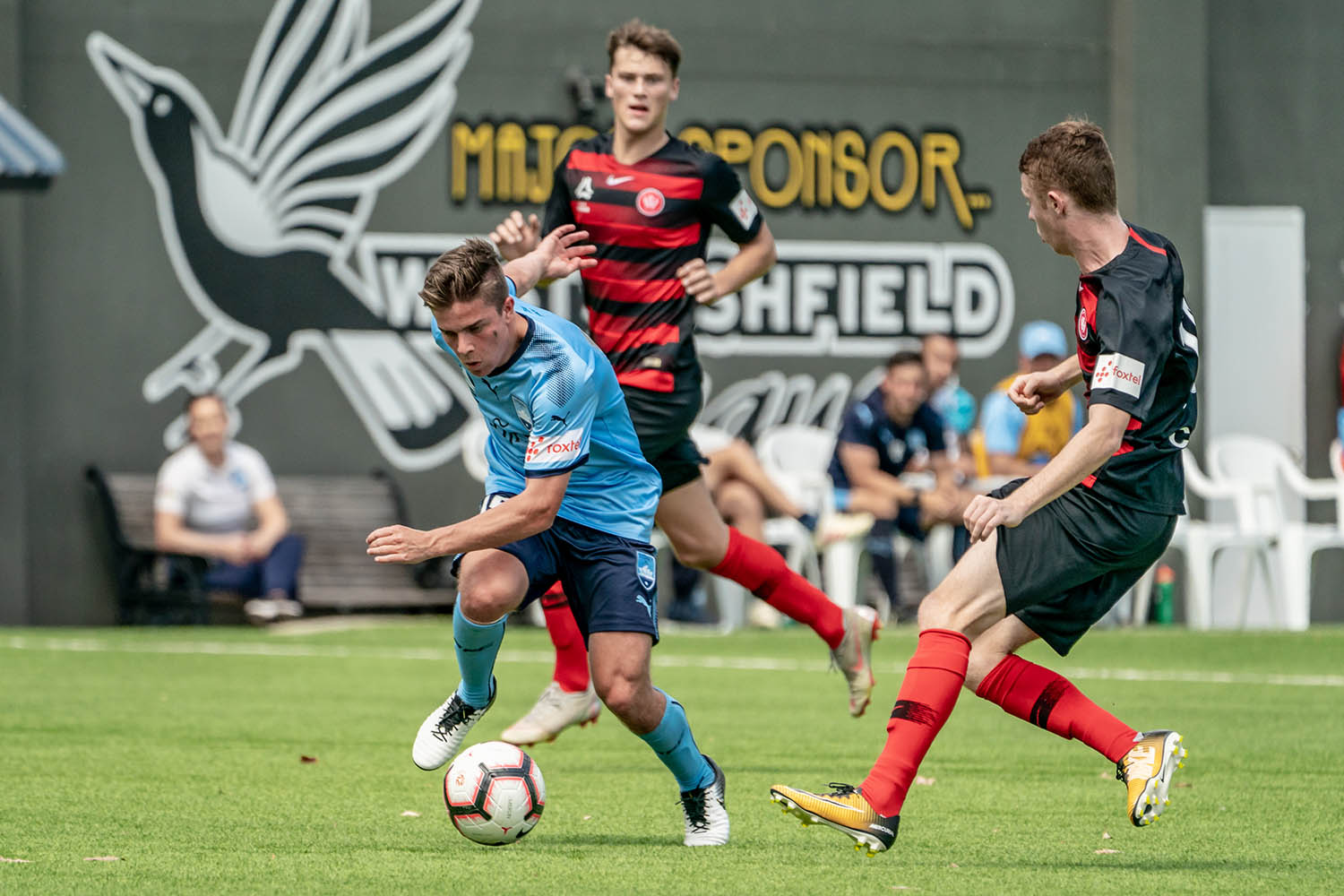 In the second stanza Sydney FC continued to press for an equaliser as they tried to unlock the Wanderers defensive block. With the match played in stifling conditions the substitutions started to flow as the match opened up.

Sydney FC probed for an opening while Wanderers were content to clear their lines and rely on the long ball in transition.

Sydney FC had one final chance to grab a point in added time when Marco Tilio sprinted forward and with only the keeper in front of him he shot straight at the number one and the ball deflected away to safety much to relief of the opposition.

Despite the loss Sydney FC remain top of the table in Conference B with a plus five goal difference as four clubs (Sydney FC, CCM, Newcastle Jets and WSW) all sit on six points.

Next week Sydney FC take on the Central Coast Mariners at CCM Centre of Excellence in Tuggerah on Sunday, 9th December (kick off 4:30pm).