Having already claimed the three domestic trophies on offer in 2017, Sydney FC will now look to retain their Hyundai A-League Trophy and Premier’s Plate to cap off one of the most successful periods in the club’s history.

Striker Bobô and midfielder Miloš Ninković believe that winning the FFA Cup will have a positive effect on the Sky Blues squad, the trophy having been one of the team’s primary objectives this season.

Bobô, scorer of the winning goal in extra time, said: “We feel great after a fantastic night yesterday, winning another trophy for the club.

“We can take a lot of confidence from this but we’ve still got a job to do on Saturday night and we look forward now to the next game.

“We have two days of recovery [training] and then we’ll be ready for the A-League game at Allianz on Saturday night,” he said. 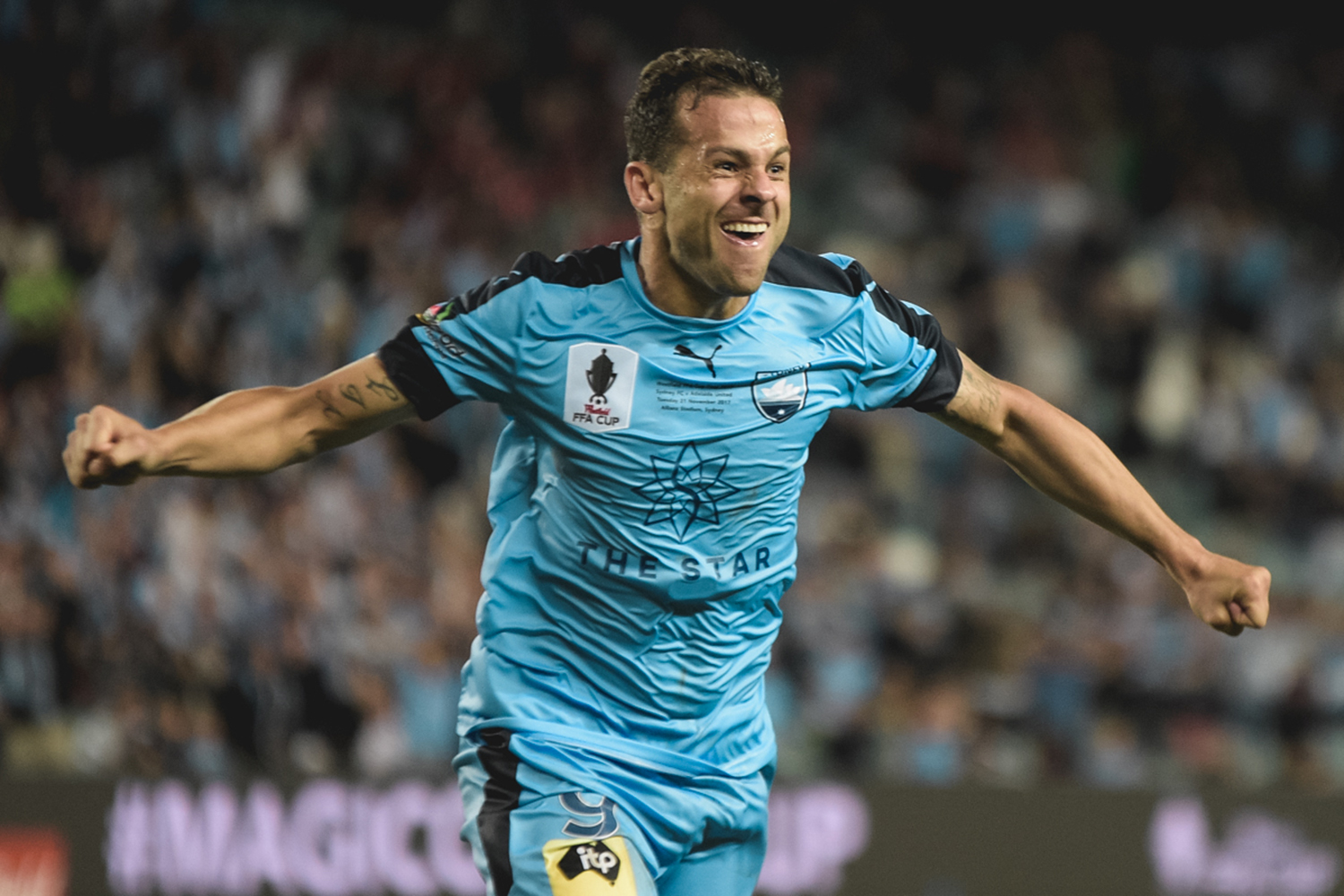 Serbian playmaker Ninković meanwhile lavished praise on Sydney FC Coach Graham Arnold, asserting that the club’s extensive haul of trophies in 2017 were vindication of his coach’s methods and mentality.

“Arnie is the first coach that I’ve worked with for more than one or two seasons and I have an unbelievable relationship with him,” Ninković said.

“We want to be better this year and we had the goal of winning the club’s first FFA Cup trophy but we still have two more to win, so if we win these two we will have done better than last year.”

“The feeling of winning two trophies last year will drive us because I personally want to feel this feeling again. If we work hard like last year, with the signings we’ve made, we can definitely be better,” he said.

Catch Sydney FC back in Hyundai A-League action on Saturday 25th of November as the Sky Blues take on the Brisbane Roar at Allianz Stadium. Tickets are available for the match which will kick off at 7:50 PM AEST. Live TV coverage provided by Fox Sports and Channel One.