PS4 NPL 2 NSW Men’s Golden Boot Charles Lokolingoy and Bai Antoniou will feature for the squad while on Hyundai A-League scholarships, while Sam McIllhatton, scorer in the U20’s NPL Grand Final, has made the step up to the NYL squad after an impressive season during the winter.

Patrick Flottmann, William Mutch, Liam McGing and goalkeeper Nicholas Sorras have all spent time with the Young Socceroos , while Mitchell Evans, Andrea Agamemnonos, John Iredale, Chris Arditti and Juan Zapata have all made the step up from the PS4 NPL 2 NSW Men’s U20’s side. 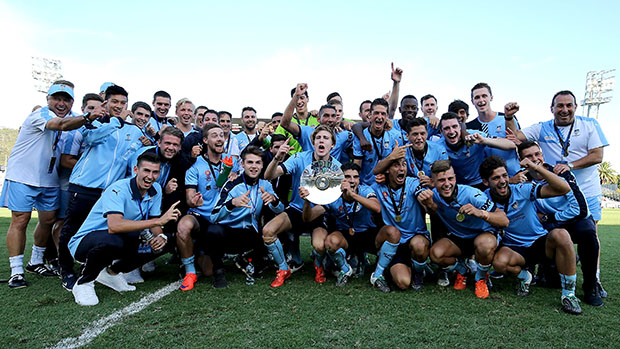 Former Socceroo and Sydney FC star David Zdrilic will act as the Sky Blues’ Assistant Coach as he looks to impart his vast knowledge of the game on the next generation of stars.

“This team is a progression on from last year’s squad, we have some new players who have been promoted and some that have moved on,” Stanton said.

“Our objective is to continue to develop players and improve our playing style with a focus on our own game, and also provide players for the Hyundai A-League team as well.

“I’m looking forward to another exciting season and observing players grow and develop in a terrific competition.”