The first of the two games will see the Sky Blues contest the third annual Johnny Warren Community Challenge against Earlwood Wanderers at Leichhardt Oval on Wednesday 19 July (kick off 7:30pm).

In the corresponding fixture last July, Head Coach Graham Arnold’s charges romped to an emphatic 12-0 victory, setting the tone for the season ahead.

The Sky Blues and the Rams have met every pre-season since 2009, providing ample match fitness for the Hyundai A-League stars while also giving a number of the Sky Blues younger charges a chance to impress in front of the coaching staff.

Sydney FC Head Coach Graham Arnold said the encounters would be the perfect preparation for his squad with a Westfield FFA Cup Round of 32 encounter looming at the start of August against Darwin Rovers.

“These matches are a great way to get minutes into the boys legs at this early stage of the year,” Arnold said.

“We always thoroughly enjoy the hospitality of both Earlwood Wanderers and Macarthur Rams and I thank the two teams for accommodating us.

“I’m looking forward to the challenges ahead and I can’t wait to get started.”

The Sky Blues two pre-season fixtures are preceded by next Thursday’s highly anticipated encounter at ANZ Stadium against English Premier League giants Arsenal FC (kick off 7:30pm), and lead into August’s Westfield FFA Cup Round of 32 clash away against Darwin Rovers (kick off 7:30pm). 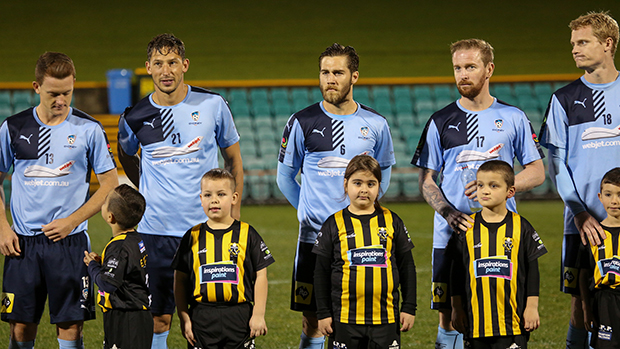 *Ticketing and entry information to come in the following days.