Sky Blues In Carnival Of The Codes

The Sydney FC community team have been involved in the Cooks River Sporting Alliance ‘Carnival of the Codes’ over the last four years and it’s on again this week and next week.

In 2013 The Cooks River Sporting Alliance was created by Canterbury Hurlstoe Park RSL Club via their ClubGRANTS program to faciltate their continue supoprt of community support. The carnival is a fantastic demonstartion of a variety of sports run by representatives from local sporting clubs and associations, to provide kids a taste of what winter sport has to offer.

Additionally, being based in the in the Canterbury District Soccer Football Association (CDSFA)  region, the carnnival provides a fanastic opportunity to recruit new participants into local competitions outside of school.

“The CDSFA has a large number of registered footballers and is one of Sydney FC’s biggest Associations, with many of the players supporting the club,” said Sydney FC Community Football Manager Paul Reid.

“It is great that over 1200 girls and boys will take part in this community event at Canterbury Boys High School in the lead up to the new football season and is an ideal opportunity to get the kids excited about the upcoming winter season that starts in March.”

The carnival continues next Monday and Tuesday. 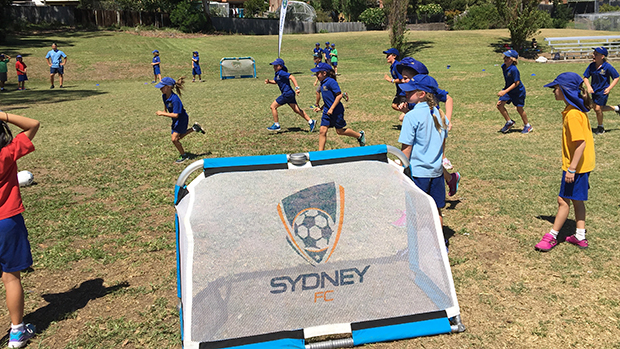