Sydney FC have continued their record-breaking season with a resounding 3-0 victory over Melbourne City on Saturday night, recording the most wins (19) by any team in a Hyundai A-League season, as well as the most clean sheets (15) in the season.

Sydney FC have continued their record-breaking season with a resounding 3-0 victory over Melbourne City on Saturday night, recording the most wins (19) by any team in a Hyundai A-League season, as well as the most clean sheets (15) in the season.

After a tense start to the match, the Sky Blues found their breakthrough just before the hour-mark after Michael Zullo’s throw-in caught the City defence napping, and allowed Brosque to capitalise for his 10th goal of the season.

Sydney soon doubled their lead as Zullo’s dangerous ball across the box found Bobô at the back post.

The Brazilian’s thumping header inside injury time had the fans on their feet once more as Graham Arnold’s men capped off a brilliant performance in style.

The club remain on course to smash the record points tally by any Hyundai A-League side, currently held by Brisbane Roar at 65 for a 30-game season.  Sydney FC sit on 62 points with two games remaining in their 27-game season. 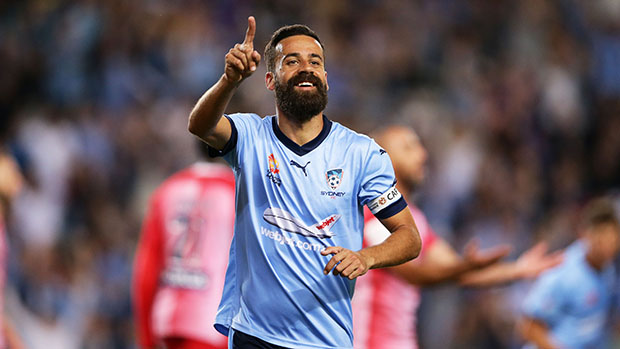 “I think City are a good side but as I’ve said for the last 20 weeks, we’re the fittest team in the country and we’ll just run over teams.

“Once we kept the ball better [in the second half] it was a matter of time, because they get stretched a lot when they lose possession.

“It was tight in the first half, we had a couple of chances that we didn’t finish off, but the second half was excellent. We’ll just keep winning, that’s what we’re here for. We’ll work hard every day; the belief in the group is enormous.

“The defence was rock solid, another clean sheet and we pride ourselves on that. But the boys have so much belief in what we do and what we’re about, that mentally, we’re in a fantastic place.

“It was good crowd tonight, it’s getting bigger and bigger. The Cove was really loud, the crowd was fantastic and overall it was a great night.”

57’ BROSQUE GOAL – City fall asleep as Zullo’s throw-in finds its way inside the box and into the path of Brosque who volleys it home with aplomb.

64’ BOBÔ GOAL – Zullo drives a devilish ball across the box and finds Bobô at the back post who makes no mistake.

90+1 BOBÔ GOAL – Sydney find the back of the net yet again as Carney’s cross finds an unmarked Bobô at the back post. 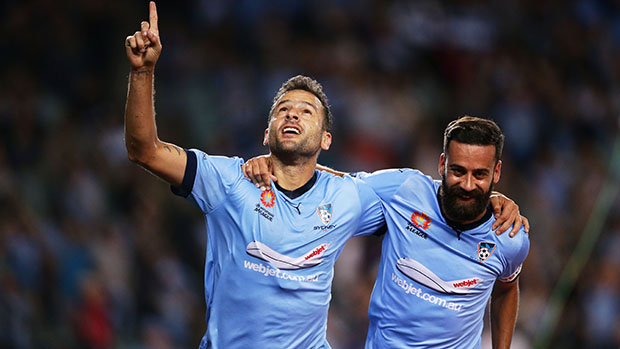 12’ HOLOSKO RECOVERY – Holosko is back on his feet following some brief treatment and is allowed to re-enter the field of play.

30’ BOBÔ CHANCE – Tongyik prevents Bobô from making contact on what was a brilliant cross from Zullo at the by-line.

33’ NINKOVIC CHANCE – After some neat footwork, Ninkovic unleashes a fierce shot that flies just over the bar.

40’ HOLOSKO CHANCE – Zullo delivers another excellent ball into the box but Holosko is unable to make proper contact with the header.

52’ GRANT CHANCE – Brosque’s cutback is met first-time by Grant, but Franjic is there to clear the ball off the line.

59’ BOBÔ CHANCE – Ninkovic swings in a teasing ball that Bobô can only head wide.

67’ NINKOVIC CHANCE – Ninkovic beats two players before firing an optimistic effort from distance that floats over the bar.

73’ GRANT CHANCE – Grant stings the palms of Bouzanis with a powerful long-range effort.

79’ CARNEY CHANCE – Carney finds space inside the box and, after having his first attempt blocked, finds the side netting with the shot.

88’ BOBÔ CHANCE – Bobô receives the ball inside the box but his shot is blocked. 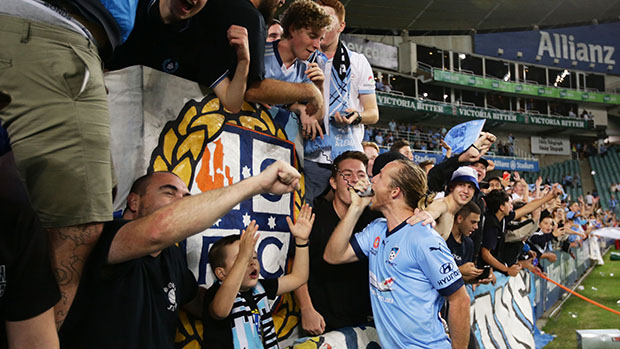 Head Coach Graham Arnold made three changes to the side that defeated Perth Glory 3-0 last weekend. Fresh from Socceroos international duty, Danny Vukovic and Rhyan Grant made their return to the starting line-up, while Aaron Calver came in for the recovering (quad) Jordy Buijs.