Putting in another great defensive display, the Sky Blues balanced that with a well-rounded attack in their 2-2 draw with Adelaide United at Coopers Stadium on Friday.

Sydney FC dominated the attacking statistics, registering 11 shots in total compared to Adelaide’s six, with six of the Sky Blues shots on target and one blocked.

The Sky Blues peppered Galekovic’s goal from all areas of the field, testing the Reds shot stopper from distance with seven shots from outside the box, and four shots from inside the box, to end the match with a 60% shot accuracy compared to the Red’s 50%.

On the defensive side the Sky Blues were just as dominant, finishing the match with a 100% tackle completion rate from the 11 tackles attempted compared to the Red’s 60% from 15 attempted challenges.

The Sky Blues were only called to make seven clearances, with their attacking danger evident as Adelaide were forced to clear 22 times over the 90 minutes.

Rhyan Grant was particularly adept in defence as his ball recoveries and interceptions set the Sky Blues on the attack numerous times.

Grant made a total of eight recoveries, three coming in the attacking third of the field, while the number 23 also made four interceptions in the Sky Blues defensive third to halt any Adelaide United advances. 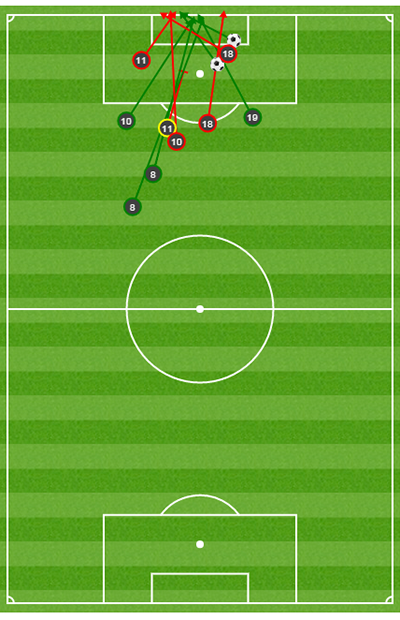 Sydney FC peppered Galekovic’s goal with 11 shots from all ranges over the 90 minutes. Red represents off target, green represents on target. 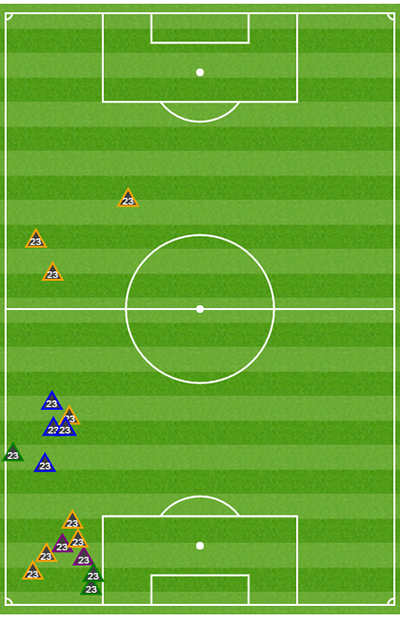 Sydney FC take on Perth Glory in their next home match at Allianz Stadium on Saturday 13 February (kick off 5:15pm). Tickets are still available, get yours now!