Sydney FC saw out what was, ultimately, a comfortable victory against Adelaide United in the penultimate round of the Hyundai A-League regular season.

Clear-cut chances were at a premium in the first half as both teams defended well. The Sky Blues crucially got the all-important breakthrough, Simon heading home with just seconds left before the half-time whistle.

The game opened up more in the second half to the benefit of the Sky Blues, and the champions-elect were able to add another two goals to their tally through Bobô.

Graham Arnold: “The Asian Champions League has improved us fitness wise and mentally. The quality of our play is better than it’s ever been,” Arnold said.

“We don’t underrate Bobô. I love the guy, it’s an honour, a joy to coach him. He works so hard for the team. I truly believe we’ve got four of the best imports that have probably been in the Hyundai A-League,” he said. 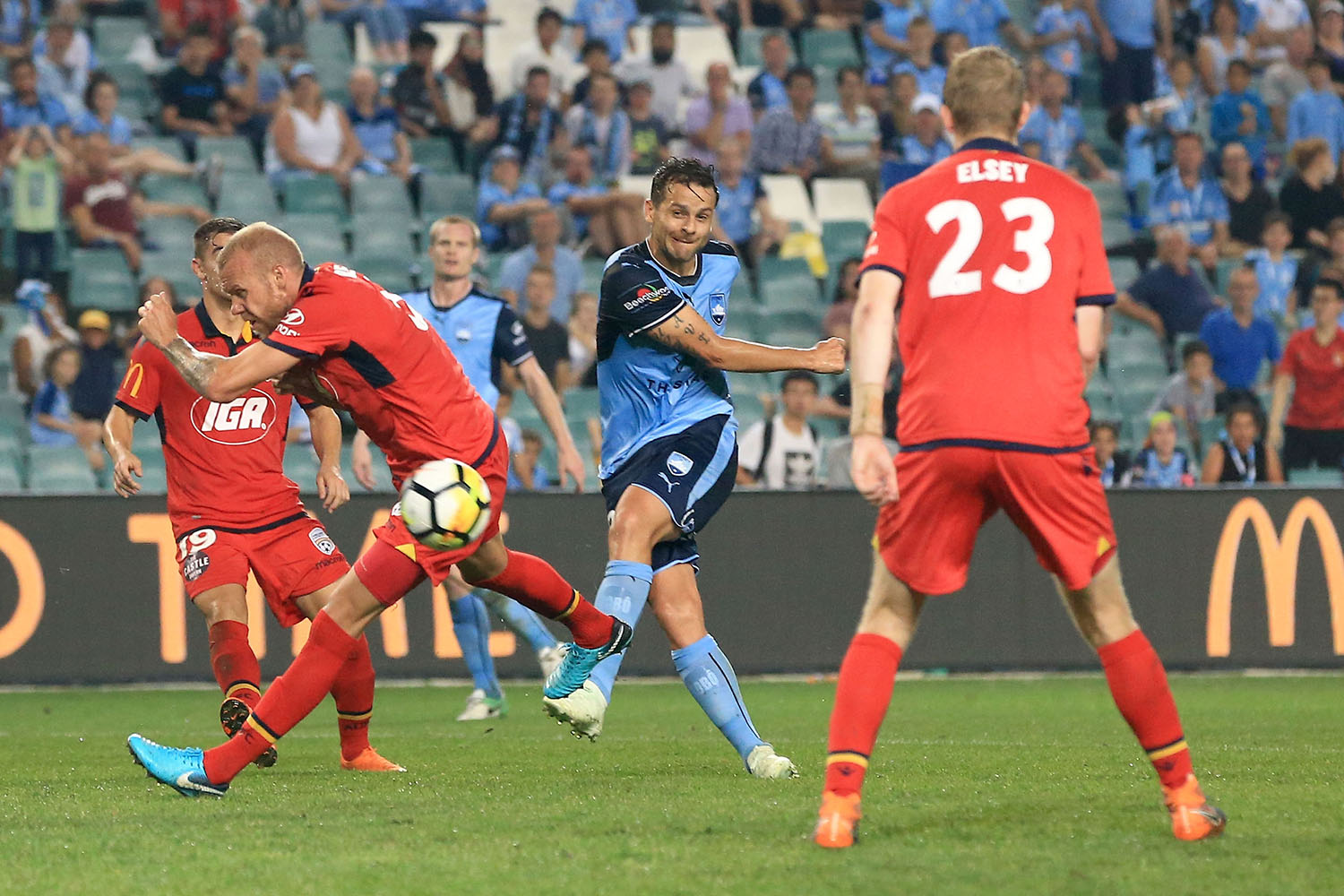 45+3’ SIMON: Mierzejewski turns two Adelaide men beautifully in the middle of the park. Sydney FC’s midfield maestro bears down on goal, finding Bobô inside the penalty area with a perfectly weighted pass. The Brazilian unselfishly crosses the ball for his strike partner Simon to head home with just seconds left to play in the half.

59’ BOBÔ: Mierzejewski and Wilkshire work a short corner, the former whipping a delightful cross into the box that Bobô heads home for the Sky Blues second goal of the night.

66’ BOBÔ: The Brazilian striker scores his 26th goal of the Hyundai A-League season following good work from Simon and Mierzejewski. The latter had found Ninković in space in the penalty area and the Serbian playmaker attempted shot ball deflected into the path of Bobô, who stroked it home with aplomb. 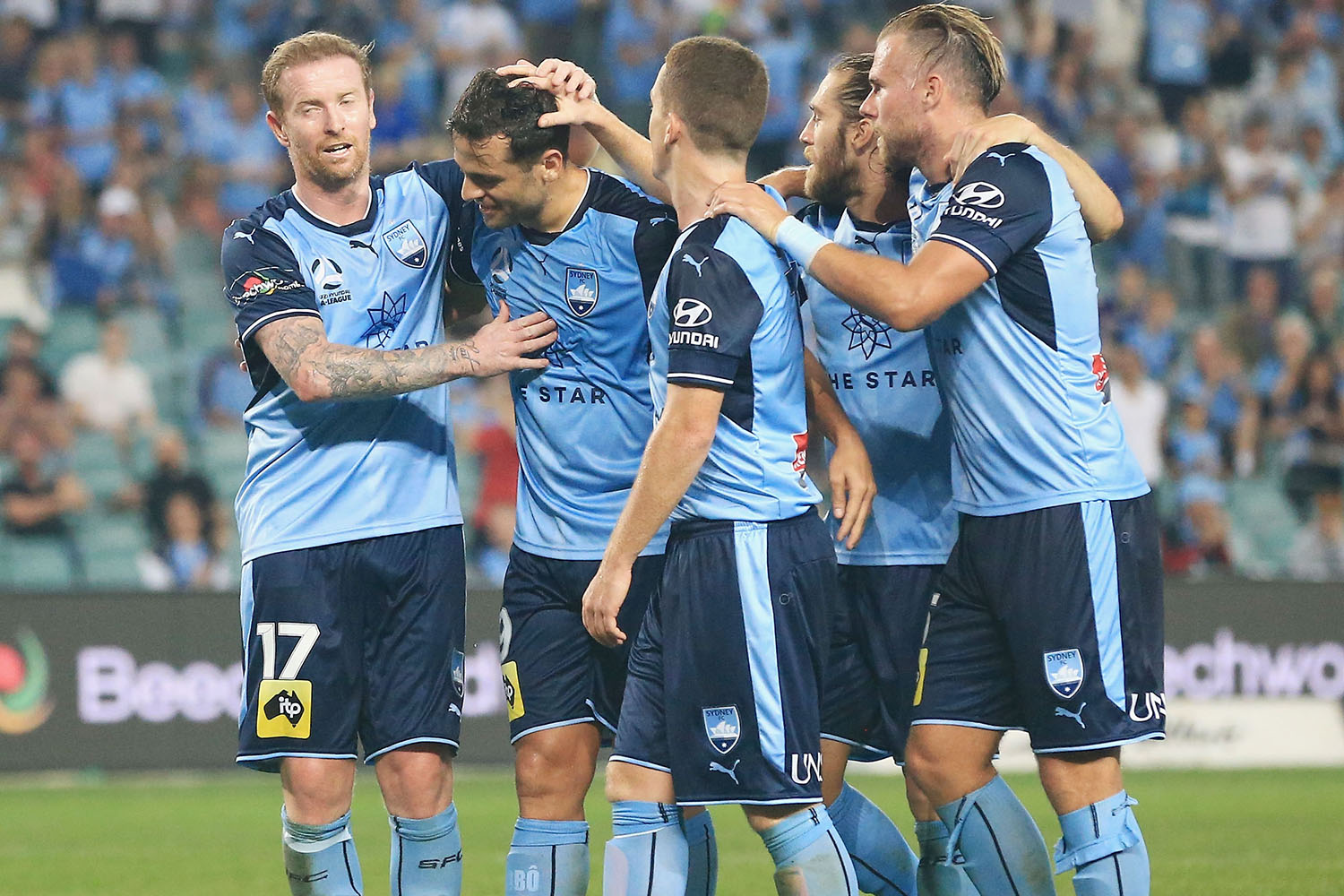 11’ MIERZEJEWSKI BLASTS OVER: A cheeky back heel from Simon releases Mierzejewski into space. The Polish playmaker has a crack from distance but his shot is always rising clear of the bar.

24’ WARLAND GOES CLOSE: Warland goes close to scoring on his first start for Sydney FC in the Hyundai A-League. The young defender had headed Mierzejewski’s free kick goal-wards but had run offside in the process.

37’ SIMON ALMOST POWERS THROUGH: Simon receives the ball with his back to goal, turns his marker excellently and charges forward into the penalty area. The angle is difficult but the striker’s powerful effort draws a smart save from Izzo.

41’ MIERZEJEWSKI HEADS OVER: Zullo puts an inch perfect cross into the box which finds Mierzejewski unmarked on the 6 yard line but he is unable to direct his header on target.

45+1’ MIERZEJEWSKI AGAIN: The Polish playmaker intercepts an Adelaide pass and proceeds to bear down on goal. Shooting from just outside the area, he attempts to curl the ball past Izzo but puts his shot wide.

72’ NINKOVIČ NEARLY: Mierzejewski’s corner finds Ninković amongst a sea of bodies in the Adelaide box and the Serbian’s header sails clear of the goal.

86’ BUIJS NEARLY CAPITALISES: Buijs makes the most of chaos in Adelaide’s penalty area following a Mierzejewski free-kick, unfortunately he strikes his effort into the side netting. 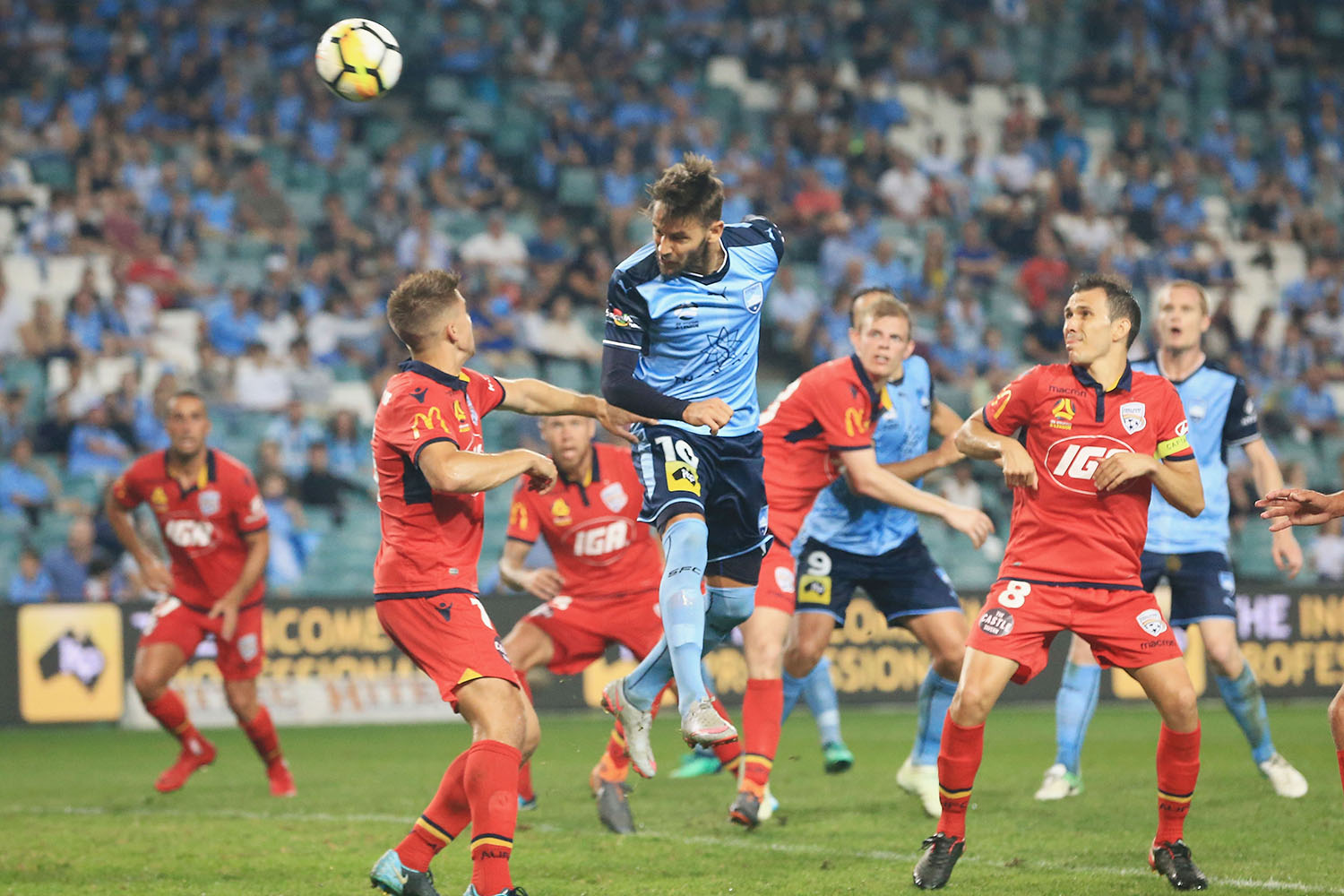