The Sky Blues custodian and right back, both without a senior Socceroos cap, said playing in the environment on offer at the Sky Blues played a major part in their form being recognised by Socceroos Head Coach Ange Postecoglou.

“I think the team’s success has been a major part [in my call up],” Grant said.

“We’ve been doing so well this year and when you’ve got such good players around you playing well week in week out it makes my role a lot easier.

“Even just the players themselves as people, it’s a very good group this year and the camaraderie makes it easier as well.”

“Every player will tell you when things are good off the pitch you generally put your best foot forward on the pitch and I definitely think that’s the case for me this season,” Vukovic continued.

“Things have fallen into place nicely here in Sydney for me and my family, I’ve been able to concentrate on my football, regain my form and confidence and a lot has to do with the environment here at Sydney FC.

“I’m very grateful to Arnie and my teammates and playing in this team it was really easy to get my confidence back.” 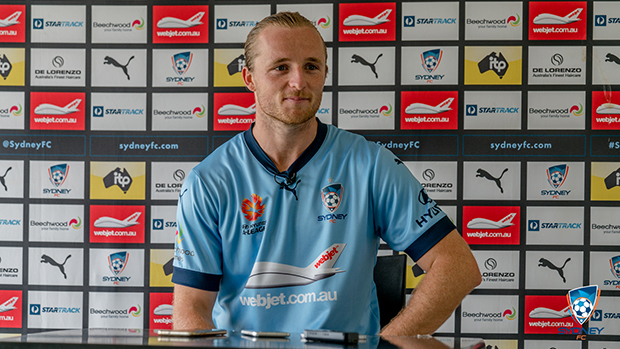 Both Vukovic and Grant said they were excited at being named in the extended 30 man squad, while the Sky Blues right back said Head Coach Graham Arnold had offered him some words of advice ahead of his first senior national team camp.

“It’s very exciting, I felt as though my time in the national team had been and gone,” Vukovic said.

“I certainly feel like this is a second chance and I’m really honoured to have been selected.”

“12 months ago if someone said this was going to be the case I wouldn’t have believed them so I’m pretty surprised but feeling pretty good about it too,” Grant continued.

“I never really held myself in this sort of company but when I was talking to Arnie before and he was saying I’ve done really well and I deserved it, so when someone with a bit of knowledge of the game says something like that you have to take it on board.

“He said go in there and play how you play. It’s still only the 30 man squad, there’s a long way to go but he said enjoy it while you can.

“Arnie said he [Postecoglou] would only pick you if he thought you belonged there so I have to believe that but I’m pretty excited to be named.”

Sydney FC take on Central Coast Mainers at Allianz Stadium on Friday 10 March in their latest Hyundai A-League encounter. Buy your tickets today and be there as the Sky Blues send the Mariners sailing.