Sydney FC’s W-League side has extended their unbeaten run to six following a 2-2 draw with Newcastle Jets.

The early stages of the match saw both sides produce a high tempo brand of football with only the final ball eluding them.

The Sky Blues found themselves two in front within the space of ten minutes midway through the first half thanks to a fantastic long range strike from Kylie Ledbrook and a close range header from Princess Ibini.

A questionable penalty decision allowed Jets to come back into contention just before half time with Van Egmond scoring from the spot.

Second half chances fell to both sides but it was the Jets who struck late to earn a point through Gema Simon and despite a late chance for the Sky Blues to win it the spoils were shared.

Sydney FC will look to extend their unbeaten run to seven on the road to Perth Glory next Sunday night. 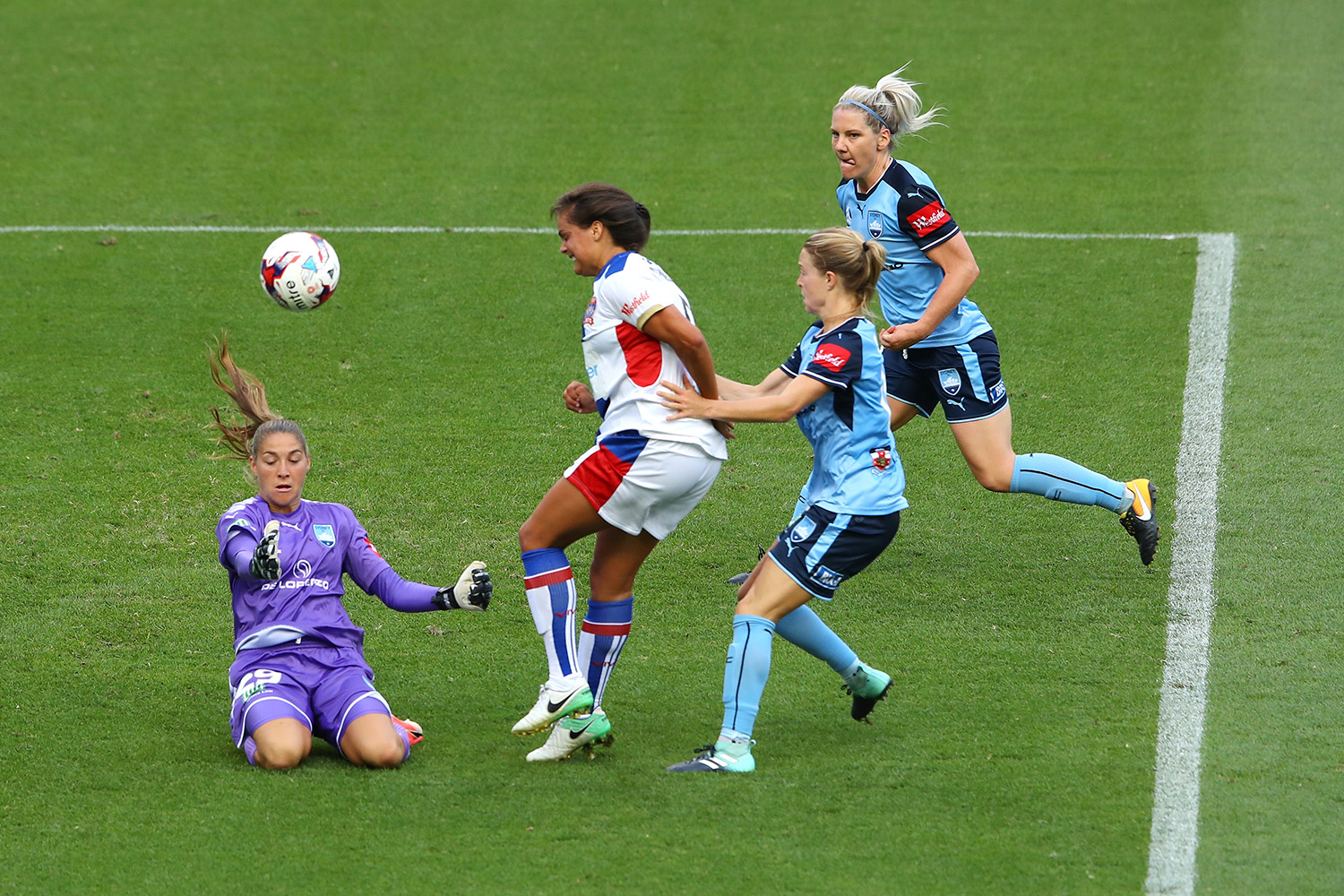 20’ LONG RANGE PEACH LEDBROOK – Foord squares the ball to Ledbrook across the ‘D’, she takes a touch and hits it sweetly into the bottom right hand corner.

27’ HEADER IBINI – Foord turns provider again with an inch perfect cross to the back post for Princess Ibini to nod home.

35’ PENALTY VAN EGMOND – A dubious penalty is awarded for minimal off the ball contact from Yeoman-Dale on Jets’ striker Stengel. Van Egmond steps up and converts to the bottom right. 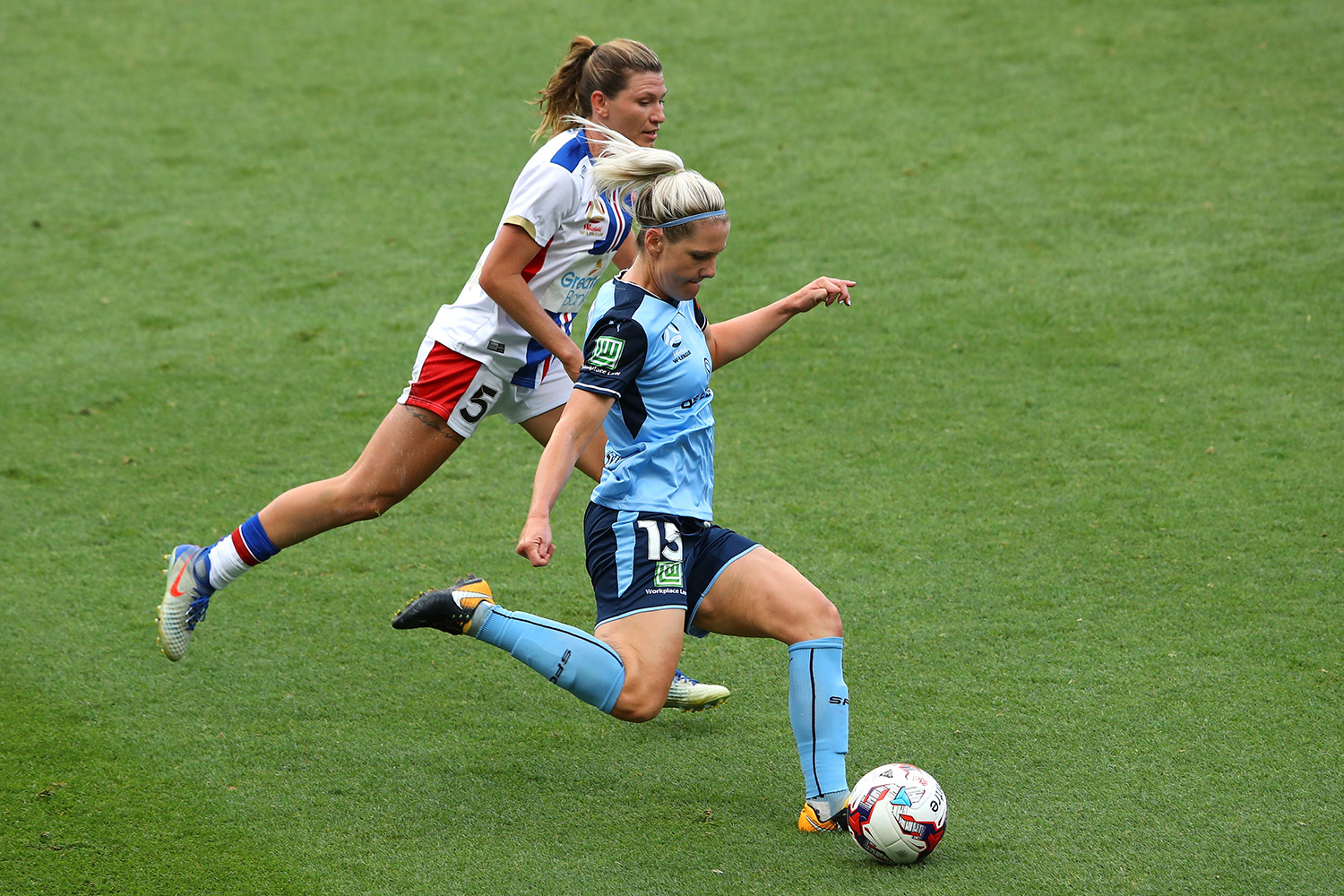 2’ EARY CHANCE FOORD – Good build up play leads to Georgia Yeoman-Dale driving the ball across the face of goal towards Foord but the Sky Blues striker is just offside.

17’ JUST OVER DE VANNA – Ledbrook delicately chips the ball over the Jets defence to De Vanna. Under extreme pressure, she manages to volley her effort towards goal, hitting the top netting.

37’ GREAT STOP BLEDSOE – Van Egmond’s long-range effort is only partially dealt with by Bledsoe as Stengel closes in on the rebound. The Sky Blues keeper does extremely well to close down the follow up effort.

39’ HARRISON CARRIED OFF – Harrison goes down awkwardly while turning and clutches her knee.  She’s carried off with suspected anterior knee ligament damage.

69’ SO CLOSE IBINI – Yeoman-Dale makes a great run down the left to square the ball across the face of goal toward Ibini. The Sky Blues winger can’t get enough contact to stab it home.

74’ NEARLY TOP CORNER KHAMIS – Leena Khamis takes the ball in her stride, looks up and unleashes from 25 yards out only to be denied by a fingertip save from Eckerstrom.

80’ DOUBLE SAVE BLEDSOE  – Bledsoe dives majestically to her left to push away a goal bound long-range effort and quickly recovers to see off Van Egmond’s follow up effort.

83’ LAST DITCH TACKLE SONNETT – Stingel looks to be clean through on goal but the Sky Blues defender is back to cover.

84’ ONE ON ONE FOORD – The ball is slipped in behind the Jets defence for Foord who just can’t steer past the on rushing Eckerstrom.

86’ ALMOST DEJA VU LEDBROOK – A carbon copy chance which she buried in the first half is narrowly dealt with this time by the Jets keeper; another great long-range effort from the Sky Blues midfielder. 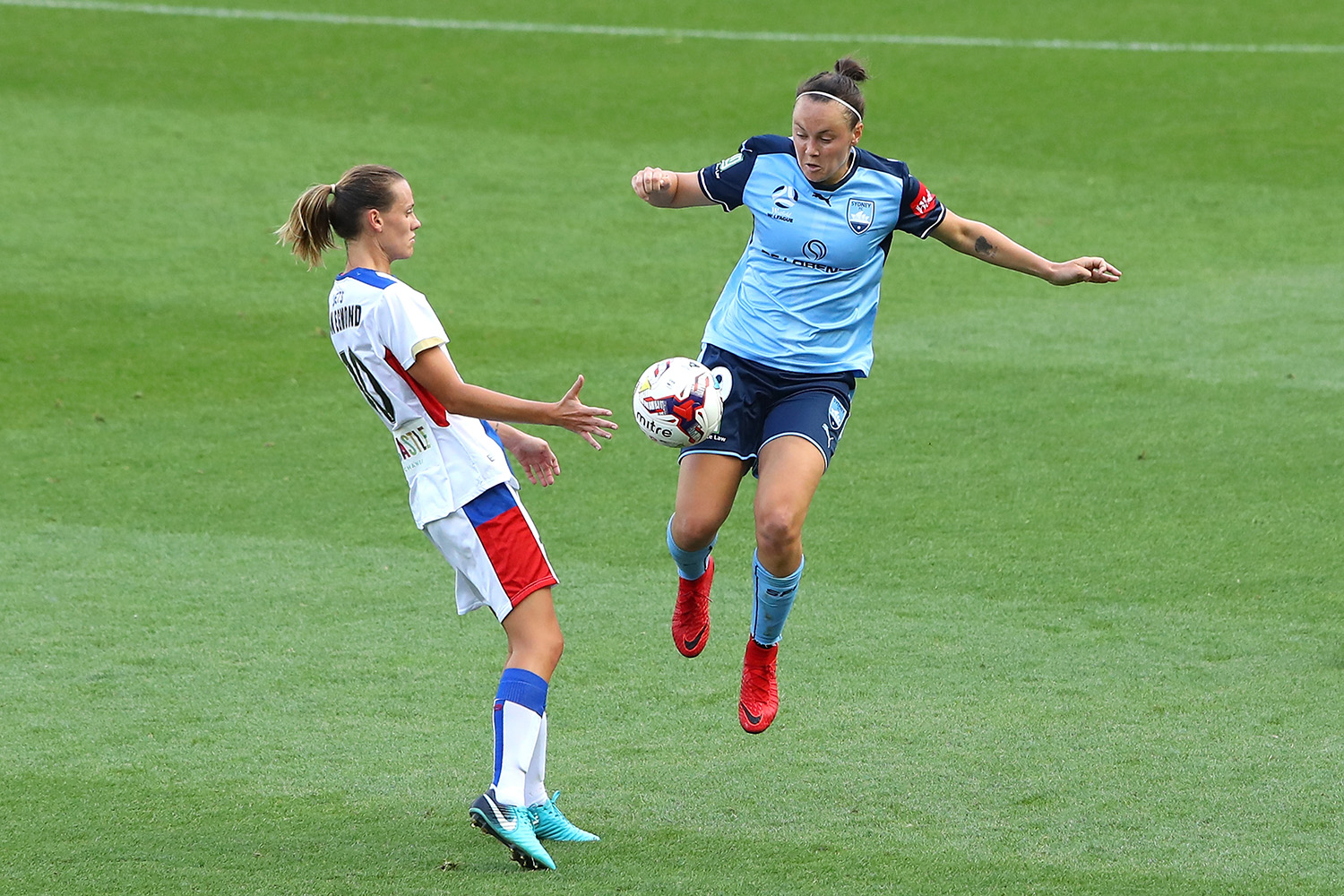