Simon Dismisses Round One Result

Sydney FC Westfield W-League star Kyah Simon isn’t taking to heart the Sky Blues opening round defeat, and believes the Sky Blues will be at the top come season’s end.

The Sky Blues similarly lost their opening match of the 2015/16 season but went on to reach the Grand Final at AAMI Park, and Simon said it’s all about accruing three points in Sunday’s double header at Allianz Stadium.

“I think in the first half [against Brisbane] we definitely had our chances and going into the break we should have been three or four up so that was disappointing,” Simon said.

“In saying that we got off to a similar bad start last year and were able to go all the way into the Final so I think it’s just about finishing our chances and tidying up a bit defensively.

“It’s massive being a double header [on Sunday],” she continued.

“The Wanderers are our cross town rivals which will be a huge game for us and we’re definitely looking to take the three points and bounce back from our result last week.”

Simon believes Sunday’s Remembrance Round double header is a great initiative as she said the fledgling rivalry between against the Wanderers continues to develop year on year.

“It increases exposure for both male and female football in the country and allows spectators to witness both. I think it’s a great opportunity and for us as players, the bigger the environment and atmosphere, the more that we strive off it.

“I think when the W-League first started it was the state of origin between Brisbane Roar and Sydney FC and as Wanderers were included it’s really started to grow into a huge rivalry. 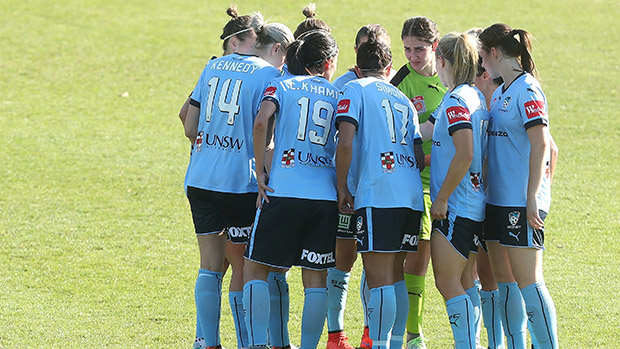 “It’s still growing and that’s what makes it so enjoyable and makes us so passionate about that.

“Playing in Remembrance Round is a memorable experience,” she continued.

“We’ll have the poppies on our jersey which is a special moment and a privilege for ourselves. Hopefully we can put a good spectacle on for our fans and think about the people who fought for this beautiful country.”