Fresh from making her Westfield W-League debut at the weekend in the #SydneyDerby at Allianz Stadium, we caught up with young forward Remy Siemsen ahead of Sunday’s away clash against Melbourne at Lakeside Stadium (kick off 4pm AEST).

How did it feel to make your W-League debut?

It was a dream come true! And to play alongside such amazing players like Kyah Simon and Alanna Kennedy made it so surreal.

Was it what you expected playing the W-League? Were there any shocks/surprises?

It was better than I expected. I was nervous but so excited to play and the support from the crowd was awesome. It was very hot but the game went so quickly. I didn’t want it to end, I loved the pace and intensity of the game and I thought we played really well as a team.

What did you make of your performance?

I was happy with my performance but secretly wished I had scored a goal or two. Hopefully I can score some in the upcoming games. 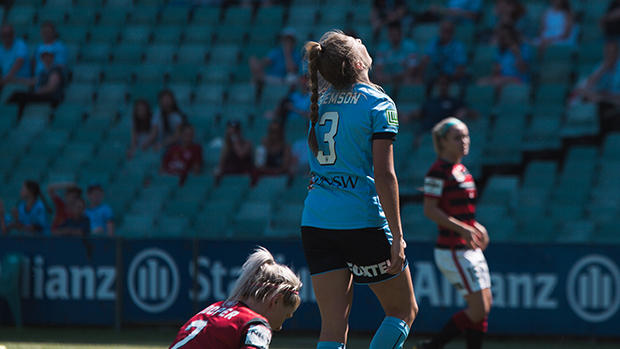 You got a huge round of applause when you were subbed, how did that make you feel?

The response from the crowd was so humbling and very unexpected. My family must have rented a good crowd.

What goals have you set yourself for the rest of the season?

My goals are to be fit, consistent and try and learn as much as possible from the girls and Dan. I want to soak up every minute of the experience with such an amazing club.

Melbourne Victory this weekend, what are you expecting there?

Melbourne Victory are a strong club and have some key players, many that I went away with to China for the Young Matildas. It will be a tough battle but it will come down to who wants it more on the day. 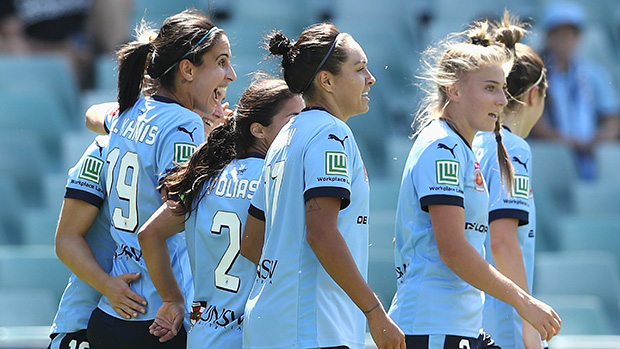 The Victory lost 4-0 to the Jets while we won in Round 2, how much confidence does that give the squad heading into the match?

It was so great to win last week but we need to focus on this game and do more to seal another victory. It all comes down to our preparation, commitment and determination to win and if we have that I believe we can win this weekend.

Anything else you want to add on the weekends match?

I am hoping to play alongside Caitlin Foord, she has been a player I have admired since I was really young and it is great to have her back for a big game this weekend, looking forward to it.

Sydney FC’s Memberships are on sale now!  Click here to see the range of Membership options for the Westfield W-League 2016/17 season. PLUS catch a Hyundai A-League double header as part of your Membership at Central Coast Stadium on Sunday 8 January!