Shades Of Sky Blue – Season One

Resident Sky Blue fanatic Julian Baumbach is taking us through his favourite Sydney FC kits, starting with our first ever iteration in Season 2005/06.

The creation of a new domestic league in the country set to revolutionise the world game Down Under. It represented a ‘fresh start’ and a way of attempting to unite a city behind eight singular clubs.

In 2004, Sydney FC was born and with it the colour that would become synonymous with its identity more so than any other – Sky Blue.

Before an A-League ball had been kicked, the first batch of Sky Blues competed in and won the inaugural pre-season cup. This earned the side the right of representing Australia in the Oceania Champions League in a time prior to Australia’s move into the AFC.

This first official Sydney FC kit donned by this inaugural group was predominantly sky blue with some minor white piping down the forefront of the sleeves. 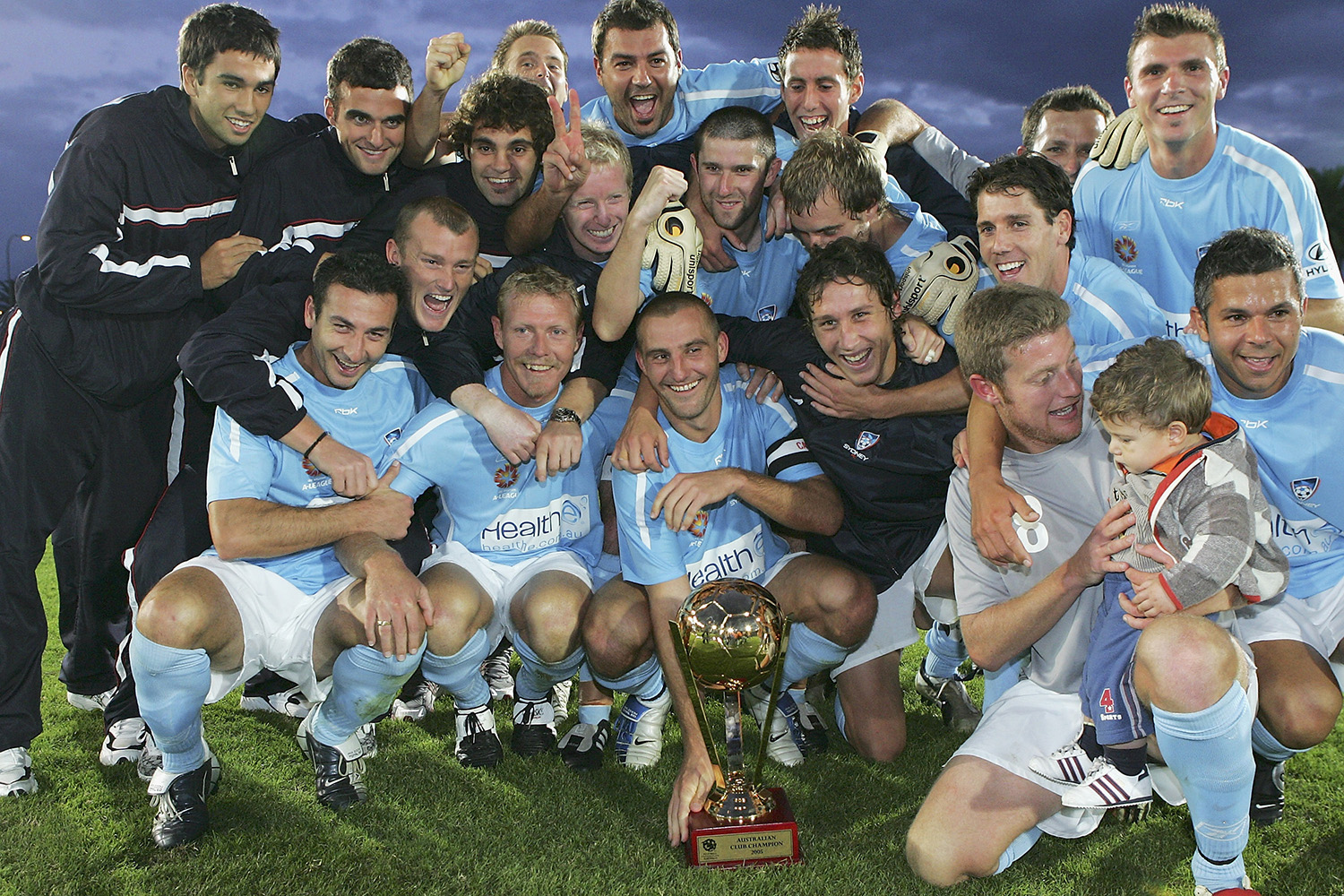 Our first A-League kit came with a few more design elements, the sleeves being navy blue. In what would become a tradition up until the 09-10 season, a flash of orange was incorporated across the left-hand sleeve of the kit.

The away kit for this first season was the same as used by other A-League clubs, being mostly white with an accent of the clubs primary colour on the sleeves. 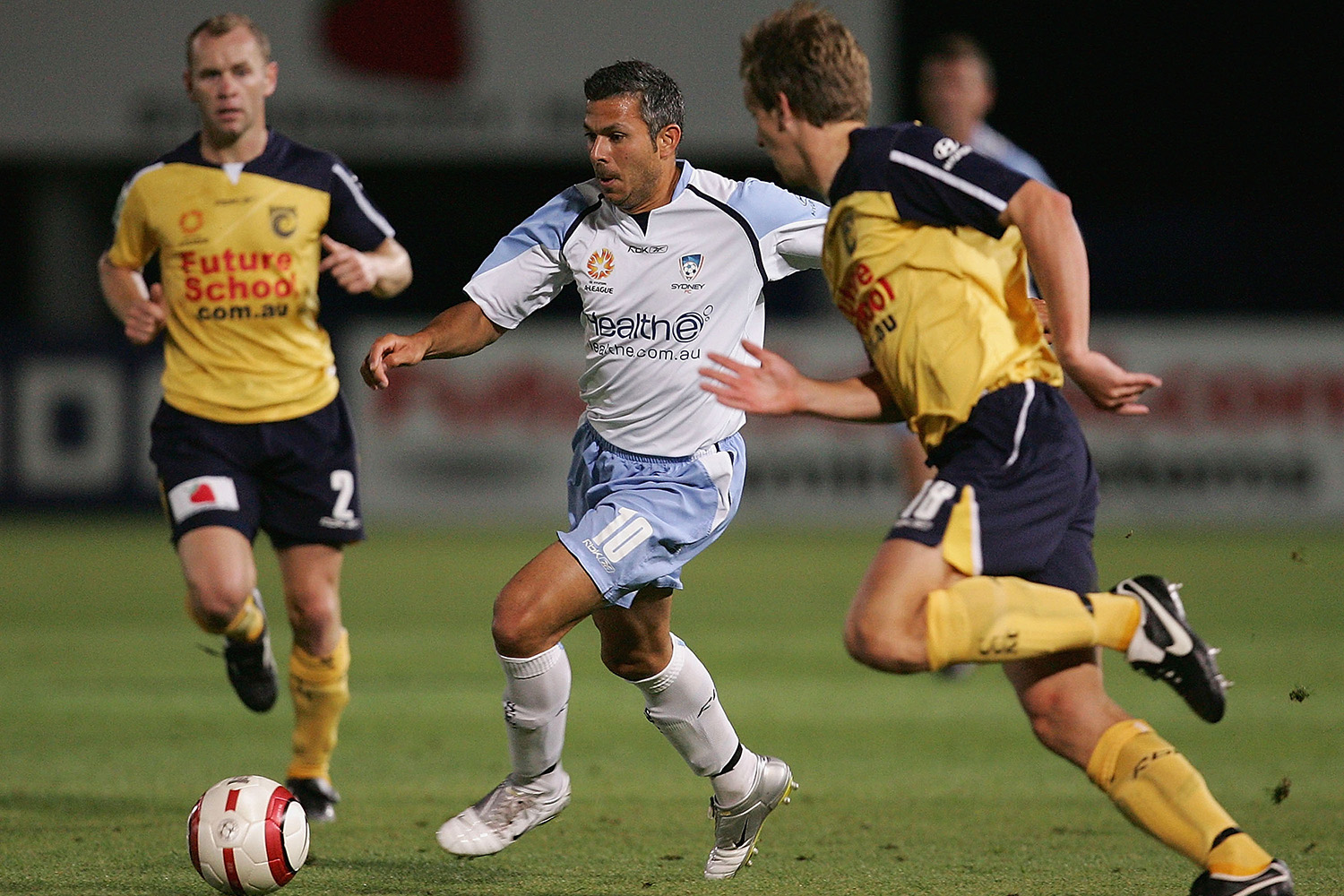 A premier league legend with Manchester United, Dwight Yorke lit up the league and put a spotlight on the harbour city club, giving rise to the tag of ‘Bling FC’ in that first year.

His first of the seven goal tally was probably his most memorable, a beautiful diving header in the clubs first ever A-League game and the start of the league’s greatest rivalry – The Big Blue. 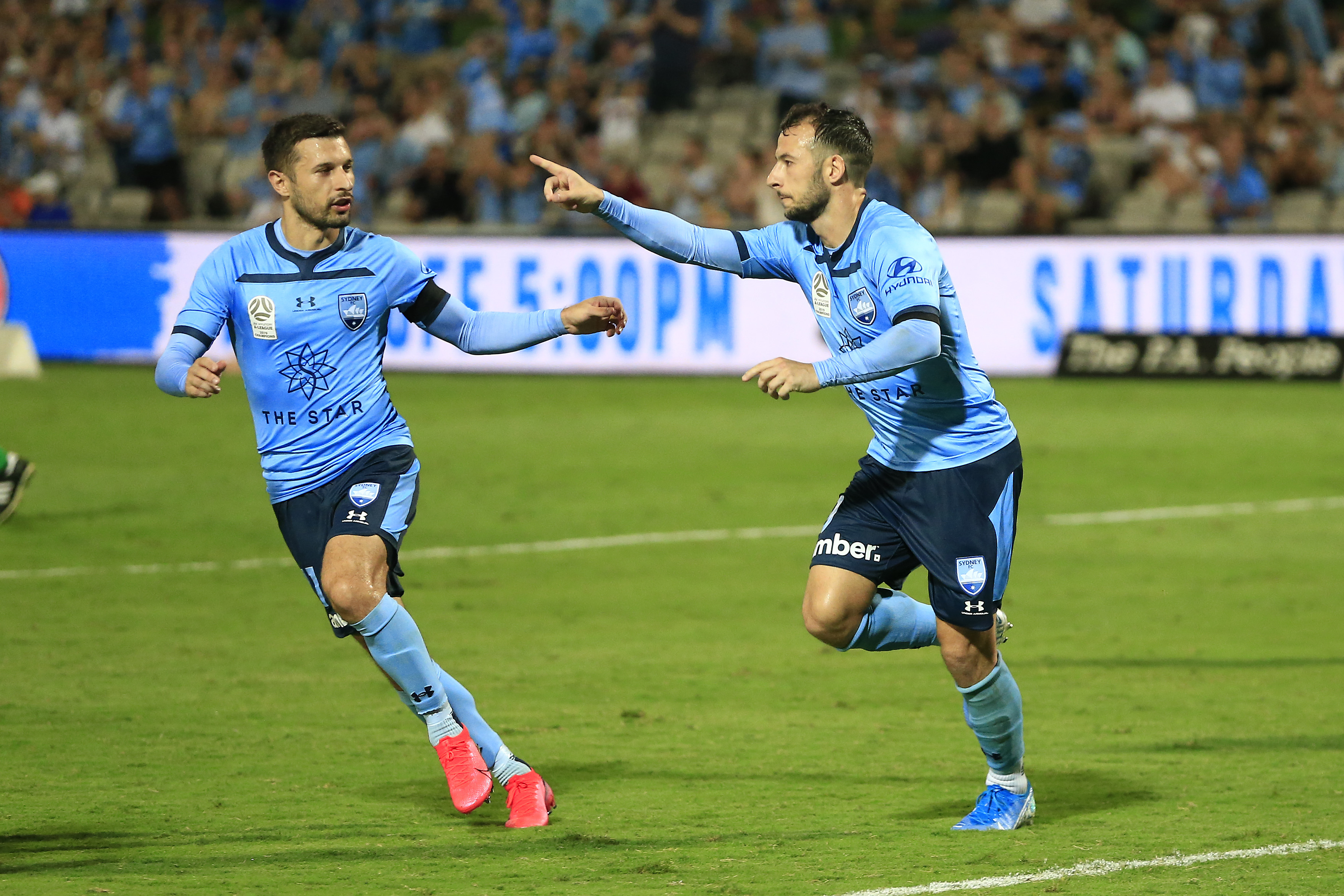 As The Coves chant goes, ‘there was 30 minutes to go’ and Corica’s solitary goal in the inaugural A-League Grand Final sits comfortably above all others in this kit.

With the ball served on a platter by marquee Dwight Yorke, the now Sky Blue manager and legend put his foot through the ball, sliding it into the back of the Mariners net to secure the championship on that historic day.