As the dust settles on Season 2020/21, it’s time to take a month by month look back at the year that was for your Sky Blues.

After a COVID-19 disrupted start to Season 2020/21, Sydney FC kicked off their campaign away against the Wellington Phoenix at WIN Stadium, Wollongong.

Having withstood an initial onslaught from the hosts, the Sky Blues asserted themselves on the match and made the breakthrough from a stunning long-range strike from debutant Calem Nieuwenhof.

An equaliser on the stroke of half time for the Phoenix saw the sides head in level, however Luke Brattan ensured the three points would return to Sydney with a thunderous free kick from range finding the top corner. 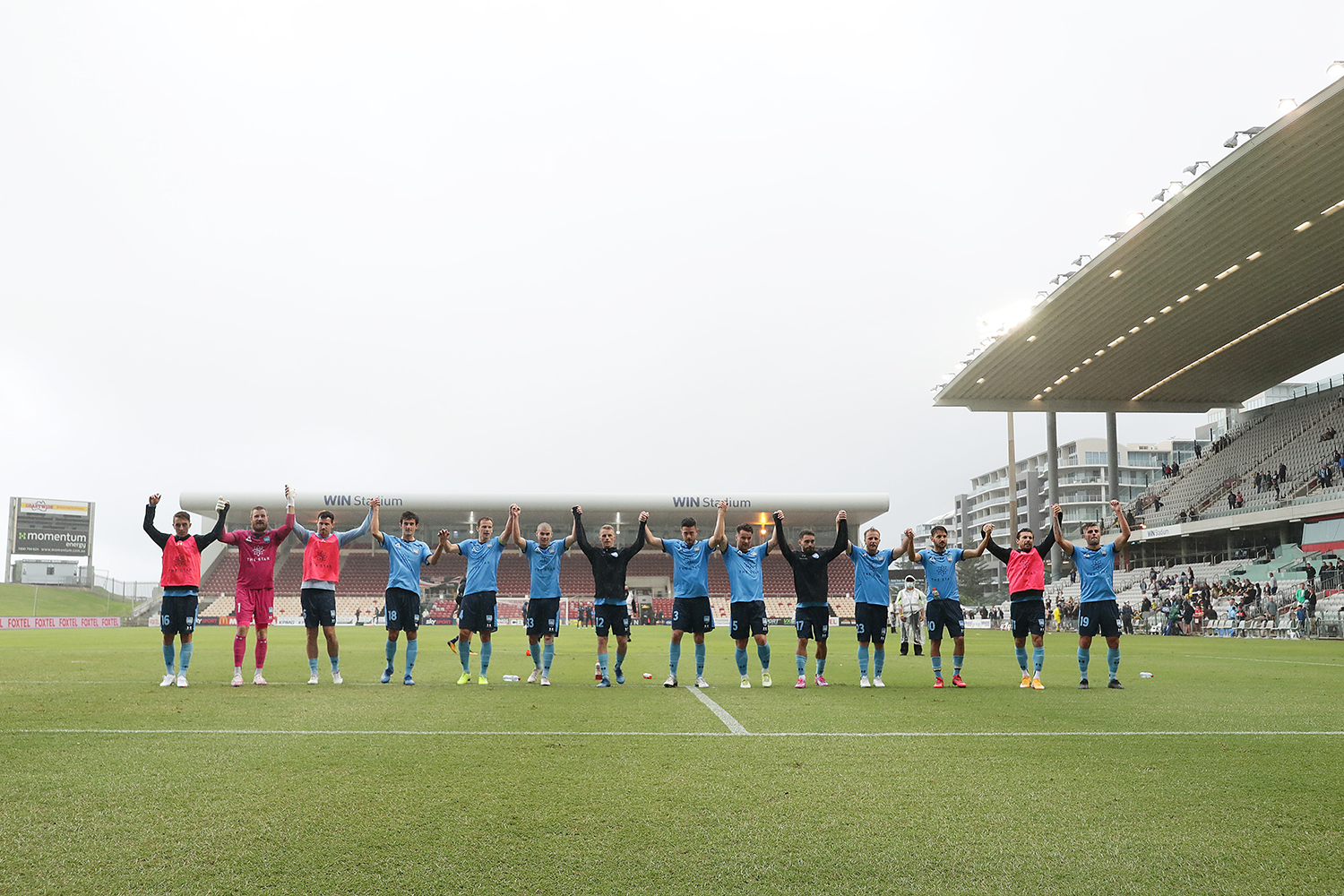 The first Sydney Derby of the season took place at ANZ Stadium in front of a capped capacity of over 14,000 Members and fans.

In a tight and tense first half both sides saw chances go begging before Kosta Barbarouses put the Sky Blues in the lead from the penalty spot just after the hour mark.

The Wanderers replied not long after as James Troisi converted a cut back inside the area, and whilst there was a frantic finish to the clash both sides were forced to share the points. 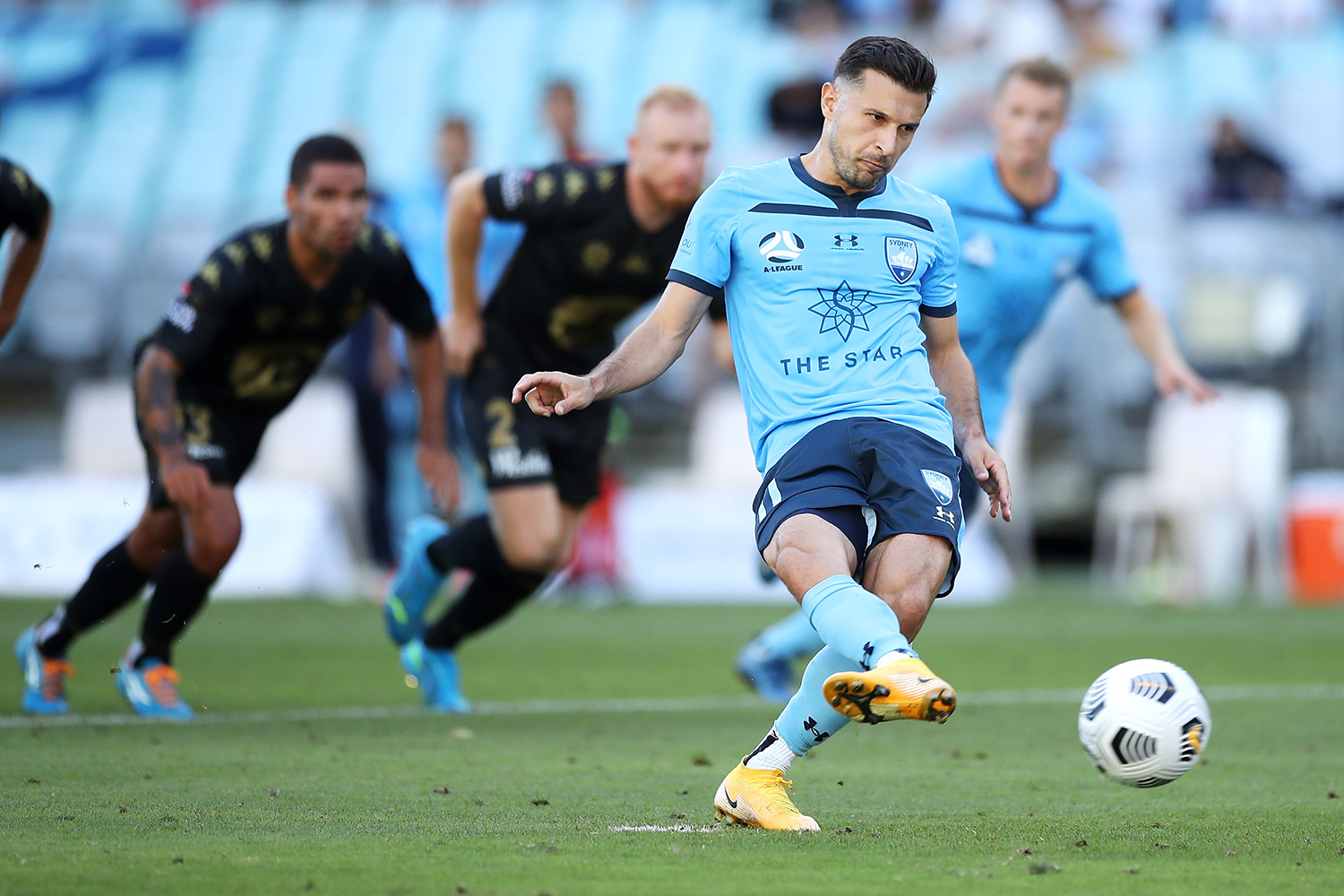 Facing an in-form Mariners side leading the table, this Friday night clash at Netstrata Jubilee Stadium matched the billing.

The Sky Blues start in typically quick fashion as Rhyan Grant and Anthony Caceres both went close in a scoreless first half.

Following the restart Sydney FC saw a goal harshly ruled out in a tight offside call from VAR before an unfortunate Ben Warland own goal and deflected Alou Kuol effort sealed the points for the visitors. 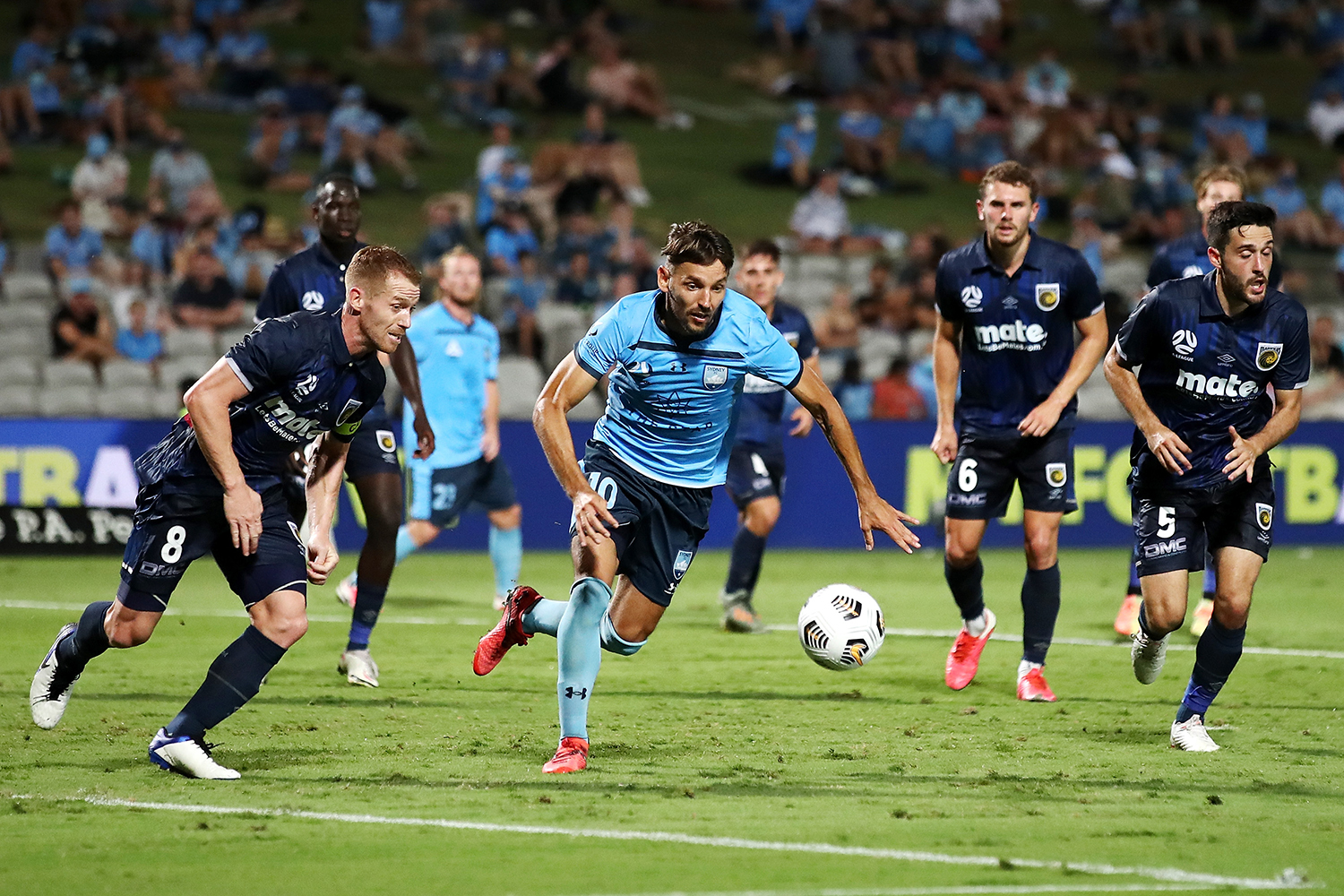 With all the talk in the lead up to the club’s first clash against new boys Macarthur FC about the home side’s inflated ticket prices, it would be youngster Patrick Wood who’d dominate the headlines post-match.

Following Mark Milligan’s first half dismissal and a lightning delay at half time, the Sky Blues stormed to three points at Campbelltown Stadium as Wood bagged his first ever A-League goals to couple with a sublime Milos Ninkovic finish to round out the month in style. 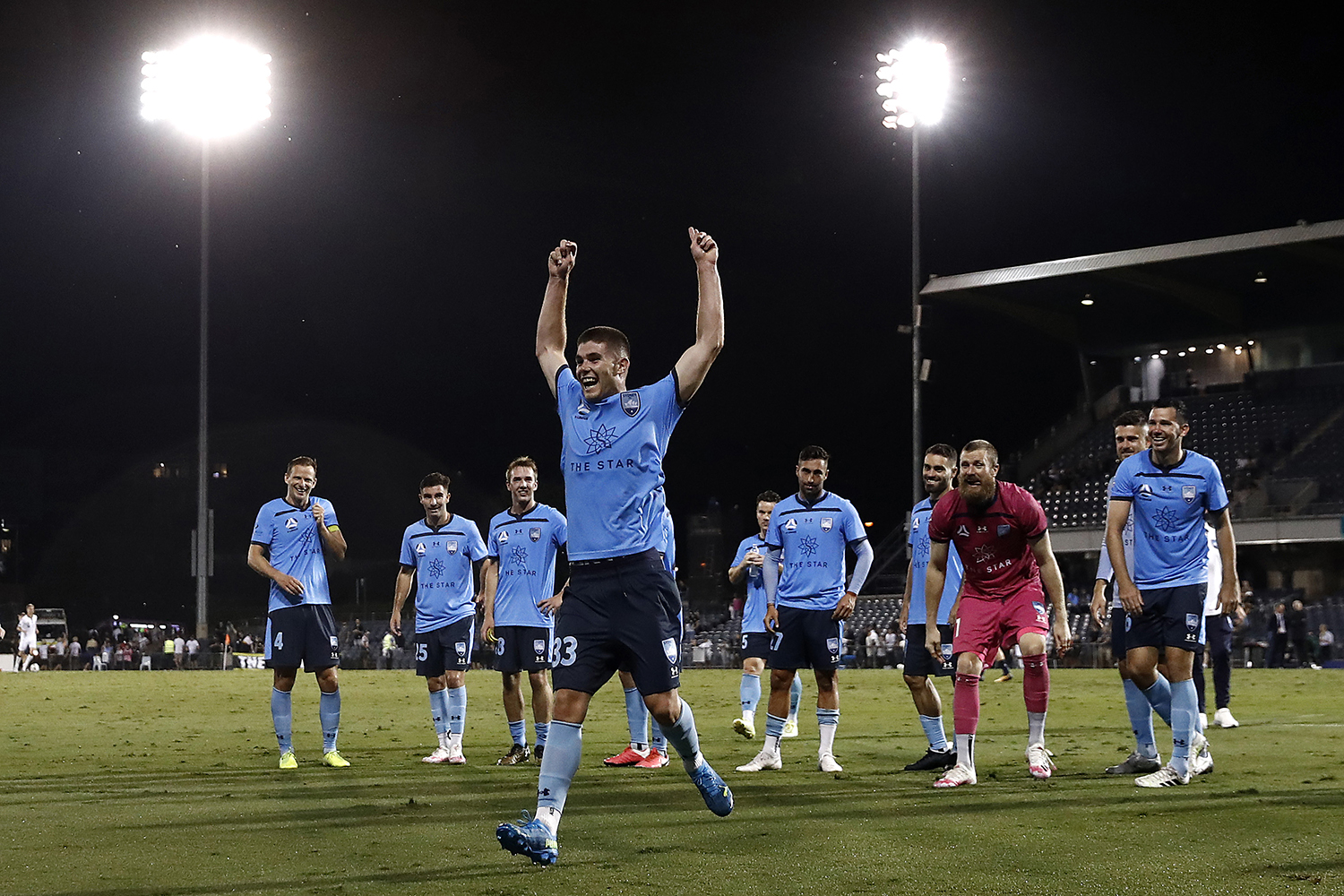