Beaten Guangzhou Evergrande boss Luiz Felipe Scolari felt his side got what they deserved in their shock AFC Champions League loss to Sydney FC on Wednesday night.

The Chinese Super League heavyweights went down 2-1 to a fired-up Sky Blues after an 88th minute goal by Milos Dimitrijevic.

And Scolari had no complaints about the result, conceding the better side took all three points.

“We found it difficult at the back because we always wanted to attack the opponent so we had some problems in defence when we tried to get back in position.

“Sydney FC has good quality, they are very strong physically, they created a lot of opportunities and they scored. They are a very good team.”

Guangzhou, the defending ACL champions, have had a slow start to this campaign with just one point from their opening two group games to sit at the bottom of the standings. 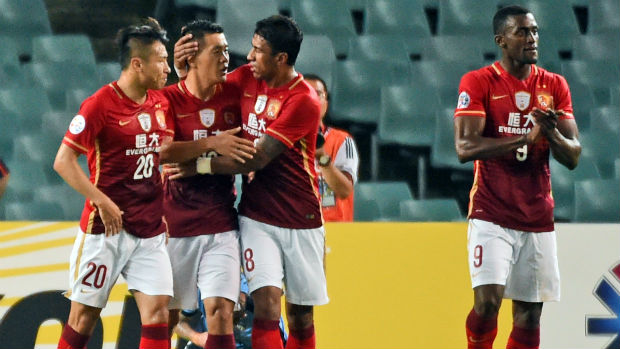 And the pressure is already building on their World Cup-winning coach from the large contingent of Chinese travelling media.

They questioned Scolari’s team selection and reluctance to make changes to a side that was playing their third game in seven days.

“I’m the head coach of this team and I make the choice of who is going to start and who isn’t,” the Brazilian mentor fired back.

“I have good knowledge of the team, I know all my players and it’s my decision who starts.

“If someone is not happy, it’s not my problem.”