Sydney FC’s latest Westfield Matildas star Amy Sayer said it’s a dream come true to sign for the Sky Blues as she gets set for the 2018/19 W-League season.

Sayer said having Ante Juric as Head Coach was a big factor in her signing, as the 16 year old prepares to line up alongside her role models Lisa De Vanna and Chloe Logarzo in a familiar side for the Sydney born youngster.

“It’s a really great feeling to sign for Sydney FC,” she said.

“I’ve always wanted to play for Sydney FC and it was definitely my first choice for where to play this season and I’m extremely excited as I’m a Sydney girl.

“I’ve worked with Ante in the U17 Junior Matildas and to have them there, I know his style of play and his great character, having him at Sydney FC is a bonus.

“I know a lot of the young girls, we’ve played together through the national team set up. I’ve gotten to know them really well and they’re a great bunch of girls.

“I don’t know many of the older players but I know Chloe [Logarzo] and Lisa [De Vanna], they’re very supporting and I look to them as role models. 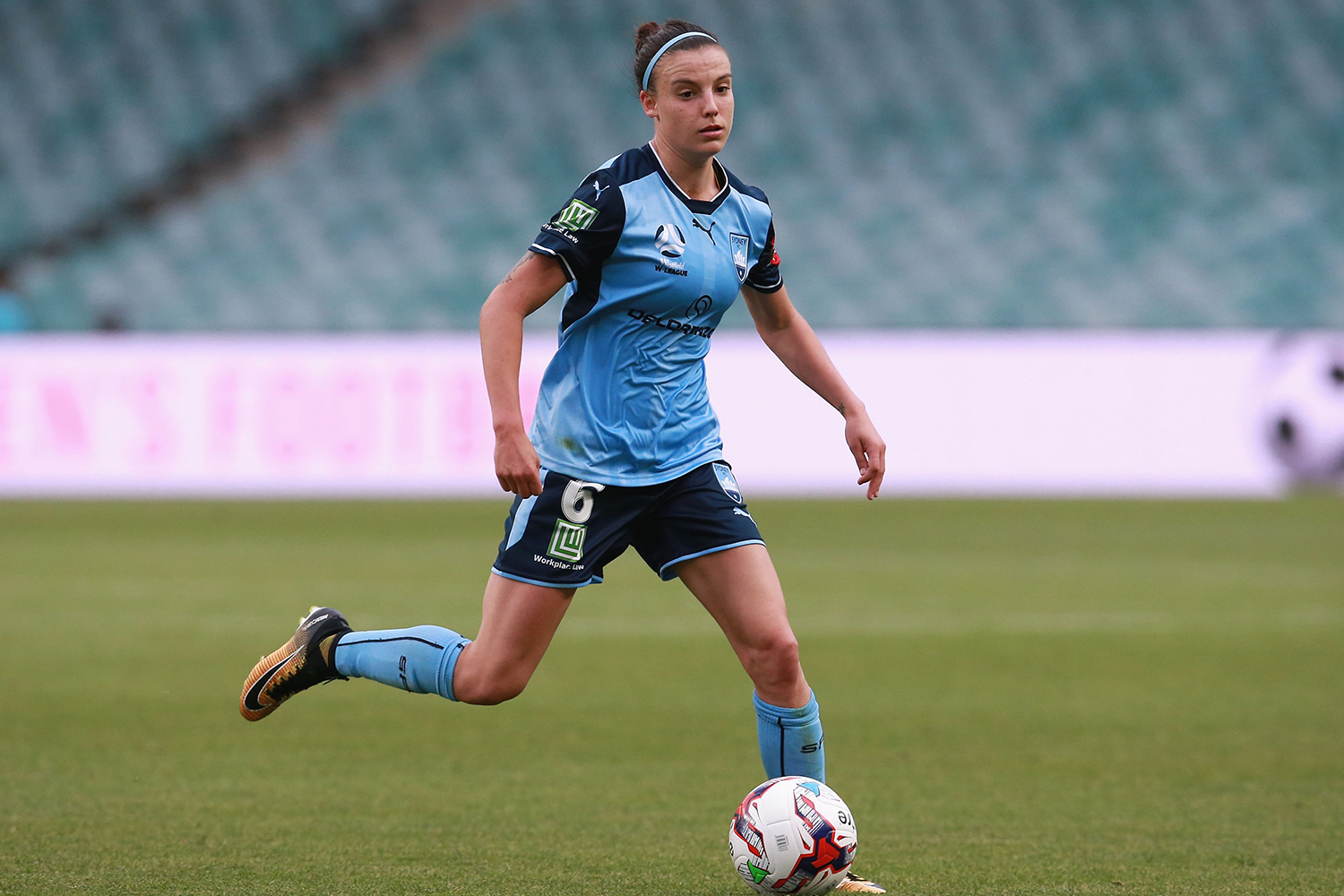 “I definitely think Sydney FC is the right place for me to continue developing,” she continued.

“Being around Ante, he’s been in the national team set up, he knows what he’s doing, he’s a great coach, and being around so many Matildas it’ll lift the level of the whole team and I think we have a great chance of winning the Grand Final.”

Describing herself as a playmaker, Sayer said she eyes firstly on securing a spot in the Sky Blues’ lineup for 2018/19 before looking ahead to a potential Westfield Matildas call up for the 2019 FIFA Women’s World Cup.

“I see myself as more of a playmaker than a goalscorer,” she said.

“I love being in the centre of things, getting the ball and working with my team. I’m very big on combining and winning together rather than as an individual.

“I want to get as much game time as possible and play and enjoy myself, maybe score a couple too. As one of the younger players I want to cement myself in the W-League and in the team.

“My ultimate goal is to make that World Cup squad but I have to respect the decision of the coaches and work my hardest and try and get in the Sydney FC team and prove myself ahead of next year.”

Sydney FC’s Westfield W-League 2018/19 season kicks off on 25 October with an away #SydneyDerby at Marconi Stadium (kick off 7:30pm AEST). #WatchWithUs LIVE on Fox Sports and via the MyFootball Live app.

Become a Westfield W-League Member today! Check out the link below…