Sydney FC have set a new Hyundai A-League record for undefeated matches away from home after a dominant display against the Newcastle Jets at Hunter Stadium. The Sky Blues are now undefeated in 16 consecutive regular season away games after Alex Brosque’s late winner ensured Graham Arnold’s men came back to Sydney with their first three points of the season.

Hoffman goal disallowed: Breaking free at the far post Jason Hoffman looked to have nodded in the opening goal beyond the reach of Janjetovic only for the linesman to intervene, ruling the Jets defender offside.

“On another day it could have gone the other way,” Sydney FC goalkeeper Vedran Janjetovic said.

“I didn’t manage to get fingertips to it. That was our luck though and we used it to push ourselves forward and eventually score.” 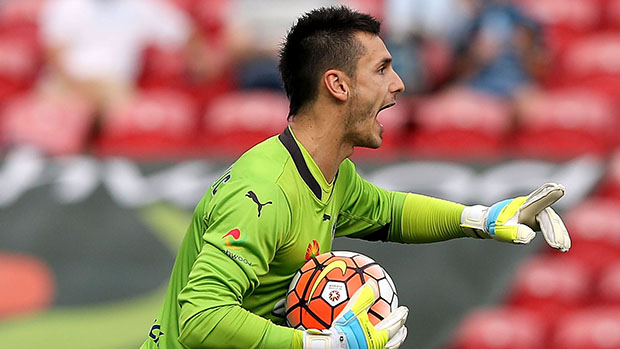 Alex Gersbach’s introduction: Coming on in the 57th minute for his first action of the 2015/16 season the Young Socceroo proved lively from the outset, taking the Jets defence head on and playing a number of incisive balls. From playing a hand in setting up Smeltz’s chance the youngster went one better eight minutes later as he provided the assist for Alex Brosque’s winner from a corner.

“Coming on Arnie said to just be positive and to get at Hoffman one on one,” Gersbach said.

“He wanted [George] Blackwood and I to make a difference and setting up Brosquey made me feel as if I helped the team get the win. It was nice to contribute.” 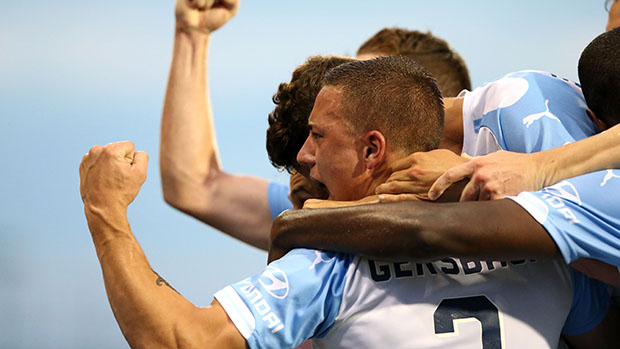 Alex Brosque rattles the post: One of the best chances of the match fell late in the second half as Alex Brosque sprung the Jets defence to charge free at goal. Shrugging off one marker the Sky Blues captain fired low and hard beyond Kennedy only to see his effort smack the woodwork and fall to safety. Two chances in five minutes missed, it was looking like not being the Sky Blues day.

“When the chance fell to me and then hit the post I was frustrated,” Brosque said.

“We had a chance a little earlier on and we had a lot of good attacking play that didn’t result in any goals and then when that one hit the post I was very frustrated.” 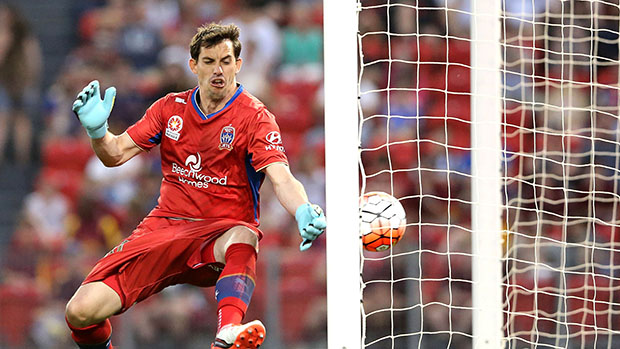 Alex Brosque goal: There was a collective sigh of relief from the travelling Cove as Alex Brosque made the Sky Blues pressure tell as he nodded in at the near post off a curling corner from Alex Gersbach. The goal proved the winner as Sydney FC returned down the coast with all three points.

“To score with a minute to go, everything turned from frustration to relief,” Brosque said. 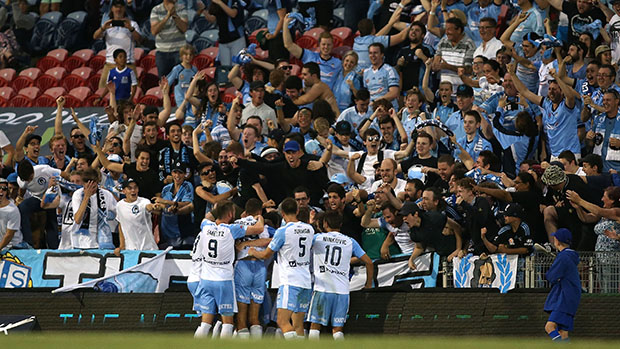