Grant, who’s missed the last four games through injury, said he was recovering well and said it’s now up to the coaching staff as to whether he features in the club’s final regular season clash for season 2019/20.

“The injury is coming along well,” Grant said.

“I got the clearance over the weekend to be good to go again this week so if all goes well I should be back in the squad come Saturday.

“I’ve been sticking to my program quite strictly to make sure everything is right for me to return.

“Ibby [Ibrahim Kerem] our Phyiso is spot on with his rehab program and thankfully I’ve pulled up quite well so hopefully I’m right for Saturday and everything feels good.

“It’s been hard watching the boys from the sidelines. Footballers don’t like missing matches, especially when they’re injured and can’t take part in any games,” he continued.

“With the results it hasn’t been nice sitting back and watching that, but the boys did well against the Roar and that puts us in good stead for Saturday and hopefully I’m a part of that and back in amongst it.” 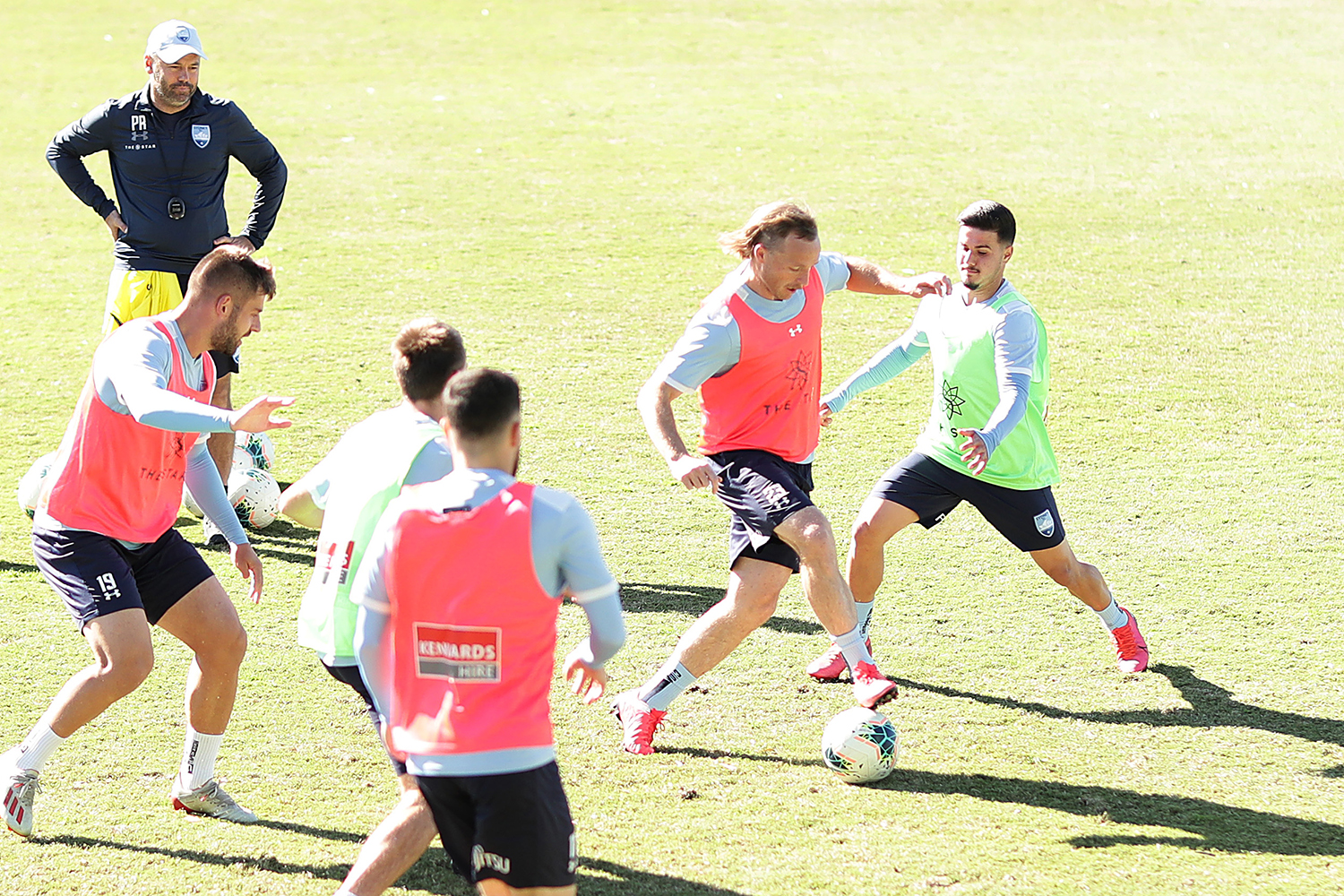 Should Grant feature on Saturday, he’ll line up against familiar faces in former Sky Blues Aaron Calver and Max Burgess, and the Socceroos’ defender said he was relishing the encounter against his mates.

“Western have been really good, some entertaining games since they’ve been back,” Grant said.

“With Azza [Aaron Calver] and Burjo [Max Burgess] being there I tend to watch them more than other clubs and they’ve been doing really well, so it’s going to be an entertaining game.

“Knowing Burjo and playing and training with him I know what he’s about, but in the last few years he’s come on leaps and bounds.

“Both teams like to play good counter attacking football and sore as many goals as possible so it’ll be interesting to see how we play when we come up against them. It’s going to be tough and we’ll have to be on our A-game.”

Sydney FC take on Western United at Leichhardt Oval on Saturday afternoon, before collecting their record-breaking fourth Hyundai A-League Premiers Plate. Catch all the action LIVE on ABC Australian, Fox Sports 507 and streamed on Kayo Sports and the My Football Live app.