We caught up with Sky Blue star Rhyan Grant as he nears the end of his recovery from an ACL injury suffered in preseason in 2017.

Hear from the defender on how he’s progressing, when he expects to be back and what he got up to off the pitch while recovering.

How is everything progressing?

It’s going really well. I’m well and truly on track and ticking all the boxes at the minute so it’s just a matter of getting some high intensity training into my legs.

Where in your recovery are you at?

I’m training fully with the team and have been for the last month which is good. I’ve started to do a few extras after training with more intensity stuff, and getting that more intense running and changing direction in my legs. It’s just making sure the intensity is there, so the last couple of weeks I’ve been doing extra with the physios and Clarky to make sure I’m ticking all the right boxes.

What’s been the hardest part of recovery and how did you cope with it?

Probably the patience side and also the hard work where you’ve got to do the extra running. The times where you think you’re good and you have to be patient with not being able to play, probably just missing out would be the hardest. I coped by going away a lot, I bought a van and went up and down the coast whenever I had a few days off. I’d go up fishing, to the beach, and take the mind off it that way, do my own thing. It wasn’t a great thing being injured all the time but you’ve got to look at the positive which is a little time off which you don’t normally get in the summer. I made the most of that. 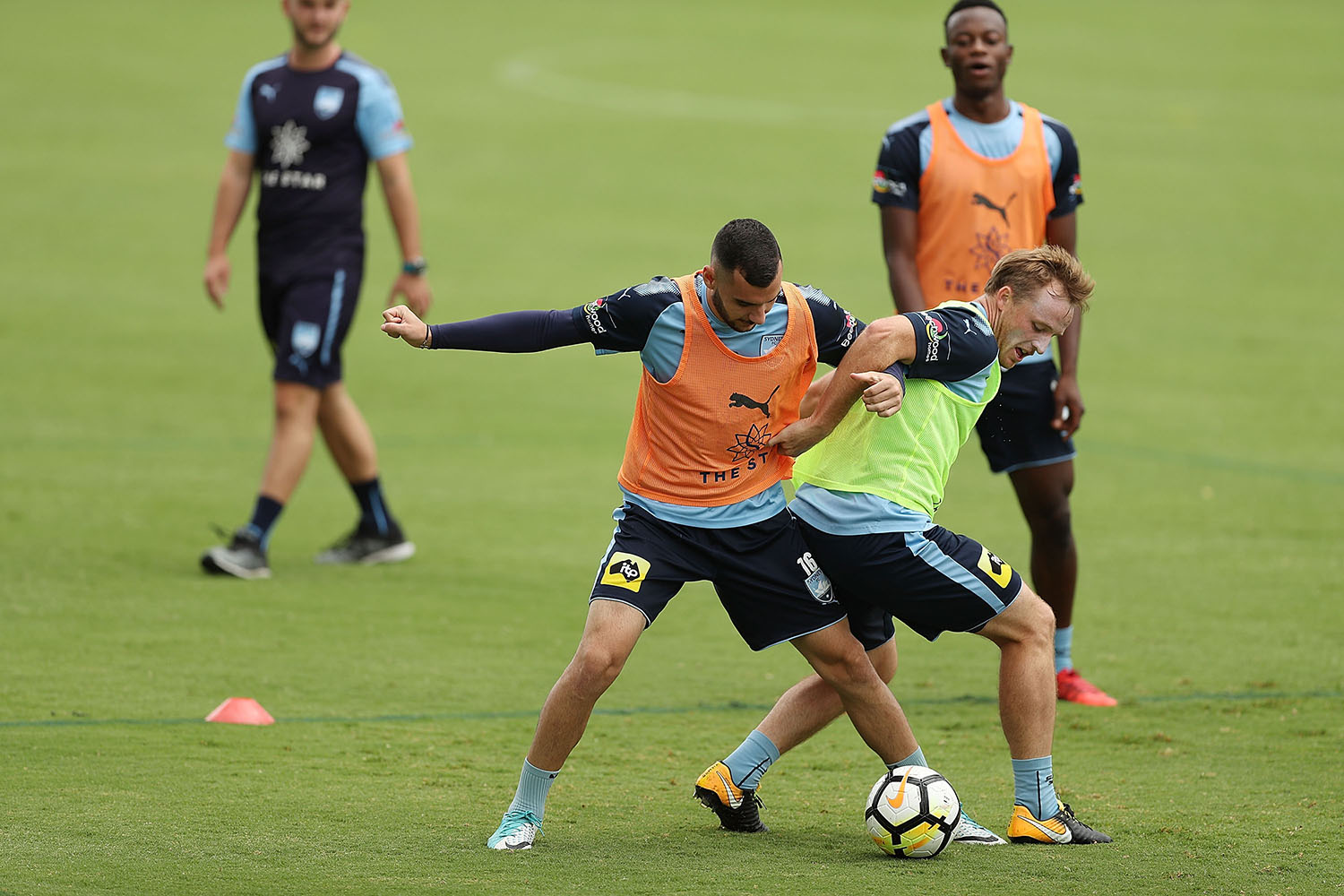 How have you found this recovery process?

It’s gone quite quick, it’s only been just over eight months so I’ve still got a couple of weeks to go until I hit the nine month mark but it’s felt like it’s gone pretty quick and I’ve had no hiccups. Touchwood it all continues to go good, at the moment it’s gone well and I’m happy with the progress.

Compared to your last knee injury, where does this one rank?

Way better than the last one. The last one I thought I felt good coming out of it, but compared to what I am now I’m way ahead. The last one I was out for about 14 months, so be on the verge of getting back in and playing within the next couple of weeks, I’m pretty happy with that. It’s gone a lot smoother this one so definitely better.

How does it feel to be back in full training?

It feels really good. Obviously everyone wants to be playing and training even when you think you feel good, but there’s still a process to get back. You have to be patient and wait for everything to fall in place to do certain things but to be back training with the boys fully makes it a lot easier mentally. It means you’re getting closer, if everything goes to plan it won’t be too much longer. 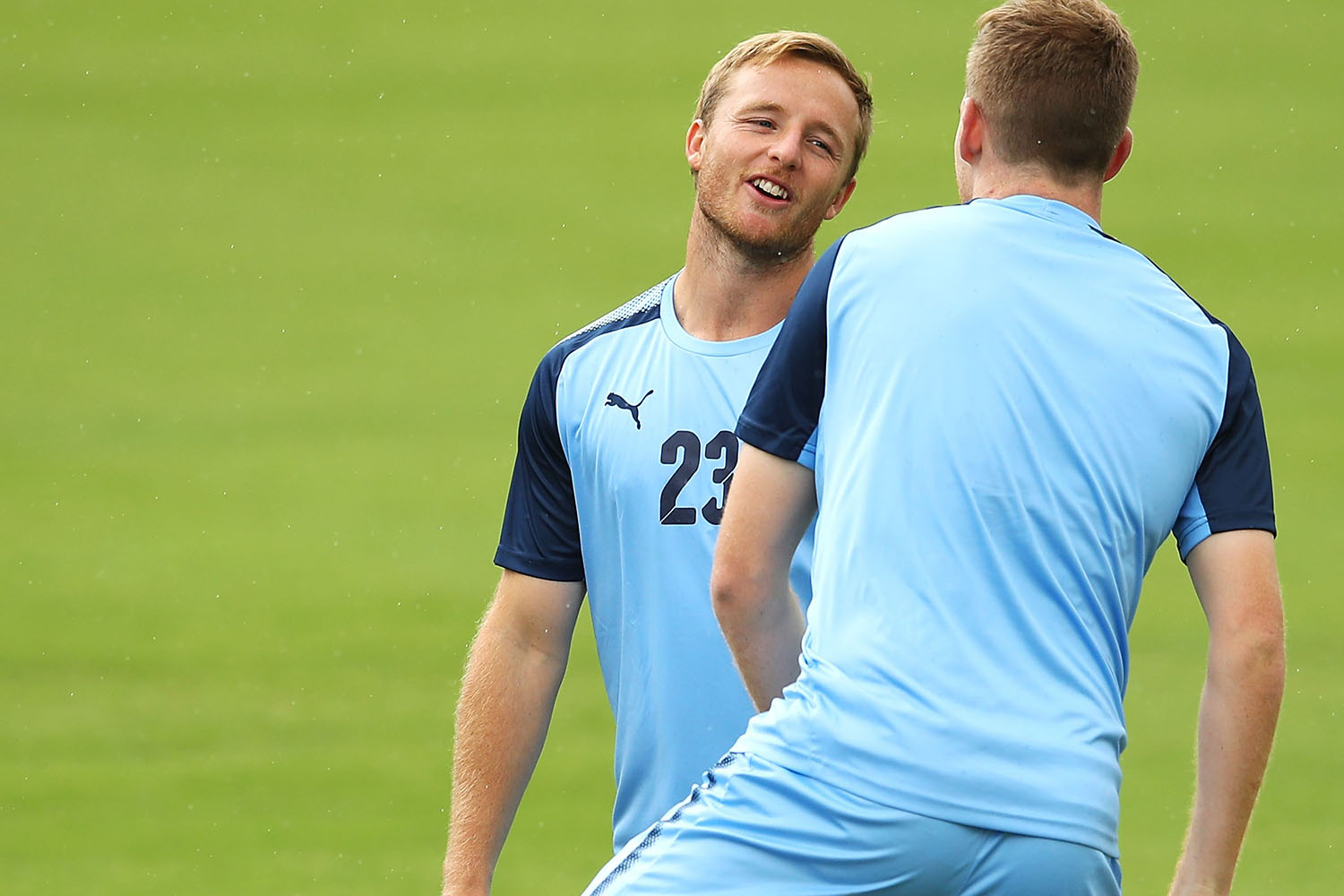 Is there a definite date that you’re aiming to return?

Not particularly, they recommend to wait the nine months because the risk of re-injury before that is a lot higher, so if I can get to nine months and tick all the boxes with the strength and endurance in the quads and hammies, I’ll be more than happy. It’s a couple of weeks off before I hit that nine month mark so within the next couple of weeks if all goes to plan I should be back. I don’t expect to walk straight back into the team or to even feature but it’s one of my goals to just be in contention by the end of the season, you never know what could happen from there. Arnie mentioned I could return for the game against Adelaide at Allianz  so we’ll wait and see.

Are there any other targets you’ve set yourself for when you return to playing this season?

Not really, just getting back and making sure the recovery was good and I was doing everything right. Once I get back and told I’m in contention, then there’s little goals you can throw in. You can’t expect to be playing great football as soon as you get back so if I get just a couple of minutes I’ll be happy with that. 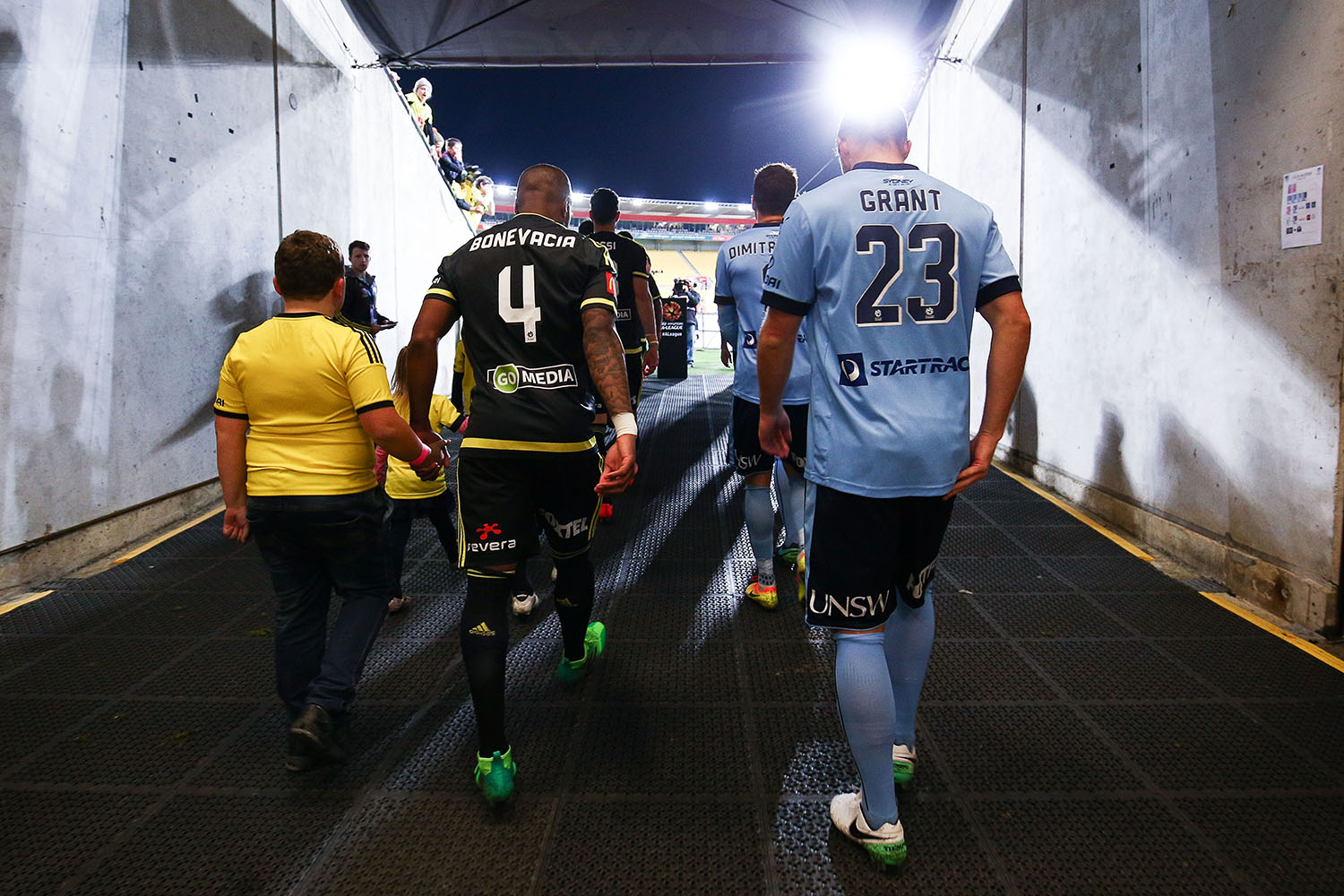