We caught up with defender Rhyan Grant to see how he’s feeling and how his recovery is progressing follow his operation on his ACL last week.

How are you feeling?

I’m alright, I’m four days post op now so I’m not feeling too bad. A little bit sore and worse for wear but other than that I’m feeling pretty positive.

How does this one compare to your previous injury?

It’s a little more complicated than last time because it’s my meniscus as well as ACL so there’s a little bit more pain but I should be walking and ready to go by the end of the week.

How long will the recovery process be?

It’ll be the same timeframe as last time I think. Anywhere between 9 to 12 months is the expected ACL return so we’ll see how it goes. I’ve definitely got a few goals to get back as quick as I can but you don’t want to push it. 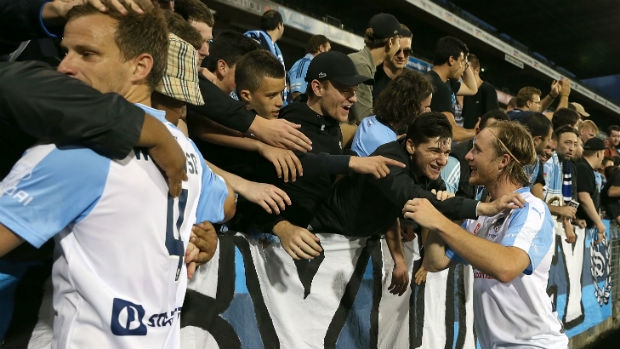 What are your short term goals during recovery?

Hopefully I’ll be walking without crutches by the end of the week, although I can bear weight at the moment. Hopefully have full range in a couple of weeks and then start to build the muscles up which is what I’m focussing on for the next couple of weeks, range and strength.

Having done the injury before does that help you prepare for the recovery process?

Yeah everyone has been saying that to me. It helps, knowing what to expect and you know what you have to go through. I know what’s ahead and it’s just a matter of getting that through your head and getting on with it.

When would you like to be back on the pitch?

It’s hard to say at the minute but it’d be really nice if I could try and get back for the end of the season. You see players come back a lot quicker than others, last time I was 14 months, but if I could get back within 9 months that’d be unreal. I’m not going to push for that because every injury is different but we’ll see how it plays out.

How do you keep your relationship going with the squad?

I have to come in and do my rehab everyday with the physios so I’m still in and around with the boys. I’m still fine master this year too so that’ll give me a little bit of banter with the boys and keep me interacting with them. A few of the boys might get off with a few fines because I’ll miss a few not being on the pitch but I’m sure the other boys will fill me in. I’ll make sure the fines are paid on time and it’s good to still be a part of the boys.