Rhyan Grant On His 100th Cap

With his 100th cap on the horizon for the Sky Blues should he get the nod on Friday night, we caught up with Sydney FC defender Rhyan Grant to look back at his eight seasons spent with the Sky Blues and quizzed him on some of the finer points of his impending milestone.

How does it feel to have reached your 100th cap for the Sky Blues?

It’s a pretty big honour, I don’t think there’s too many players that have played over 100 Hyundai A-League games for Sydney FC so to be able to do that for the one club and such a big club is a pretty big deal in my eyes. It’s taken me a while, I’ve been at the club for eight years, a couple of injuries in there slowed me down but it’s good to be at 100 caps. I’m pretty stoked.

Does overcoming those serious injuries make it all the more special?

Yeah I think it does. Obviously I was out for over a year and missed about a season and a half which is a lot of games. To be able to come back from that the following year and get to 100 caps is a big achievement and it definitely does make it that little bit more special.

Did you always believe you’d make it this far?

Not at all, obviously it’s always a goal to play as many games as you can when you start playing, but Sydney FC is a massive club and like I said not many have played over 100 games. That in itself is a great achievement and I didn’t picture that at the start of my career. As you get on you know that you can stay at the club for a while though and when you stay you’re going to rack up a few games. 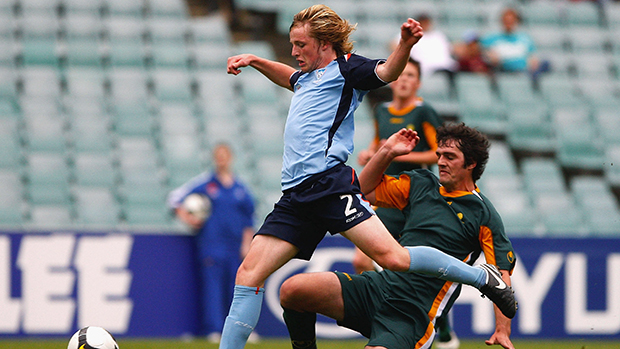 What are your highlights?

Winning the Championship in the 2009/10 season was big, I was injured at that time too with a serious ankle injury so I didn’t get to play in the final, but just being a part of the squad and being amongst it with the boys and in Melbourne when it happened was pretty special. Scoring a few goals as well over the years stands out, they’re always special but you can’t go past winning silverware.

What’s been the funniest or quirkiest moment during you time?

I’d have to laugh at myself and say when I forgot my jersey in Wellington. I don’t like to bring that up because it’s quite embarrassing but that’s definitely probably the most funny and stupid thing that’s happened and it just happens to be me!

There’s the obvious one with Alessandro Del Piero but going back to my first couple of years I don’t think at the time you realise the players you’re around, but training with John Aloisi is up there. Steve Corica was an unbelievable player and still is when he joins in at training and I think he’s very underrated and in my career one of the best I’ve played with. I could go on for a while but they’re the three big ones. 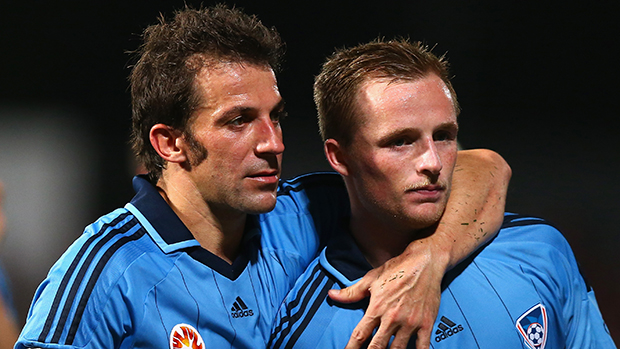 How far do you want to go?

I’m only 24, I’m not young but I’m not old so if I could stay at the club for as many years as possible, stay at the one club and if I could rack up another 100 in not as long that would be a great achievement. I’m happy at Sydney FC at the moment and just trying to play as many games as possible and do as well as possible. If that ends up being another 100 games then happy days.