Retre said the entire team were confident of progressing to the Semi-Finals of the Cup for the second successive year, as he called for as many fans as possible to turn out at Leichhardt Oval and back the Sky Blues.

“It’s all well and good playing pre-season games but now something is on the line, Sydney FC do rise to the occasion,” Retre said.

“It’s massive for the club. Sydney FC prides itself on winning silverware so any time that there’s silverware on offer the club wants to win.

“As a club we expect to win every game that we play. We’re looking forward to winning in the FFA Cup.

“We’re also looking forward to having a lot of local fans from around the area come and watch us play so hopefully there’s a good turnout as well.” 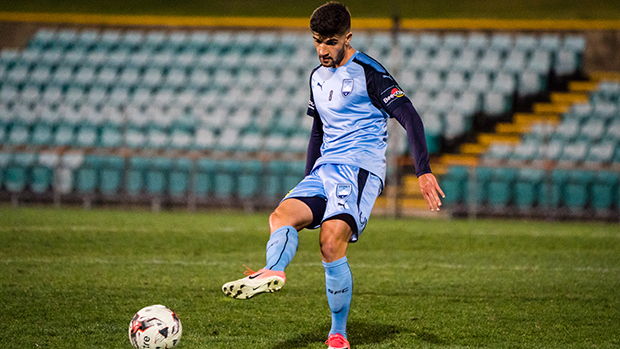 A former City player, Retre said he’s not fazed by facing his former employers in the Cup, as the new Sky Blue said all his focus was on making sure he performs well on Wednesday night.

“I haven’t spoken much with them [City],” Retre said.

“It’ll be interesting to see them, but I’m not really focussed on what they’re doing. It’s all about what we’re doing here.

“It’s always good to play against your former club, you always want to do well against them, if I’m selected to play I’ll be doing the best for my team.

“I’m not so worried about the other team, we’re very confident in our squad this year and looking to do our best tomorrow night.”