Sydney FC shotstopper Andrew Redmayne has heralded the Sky Blues for taking his form to another level, as the glovesman completed his 150th Hyundai A-League game at the weekend.

Sydney FC shotstopper Andrew Redmayne has heralded the Sky Blues for taking his form to another level, as the glovesman completed his 150th Hyundai A-League game at the weekend.

With plenty of memories from his time in the league, starting with his debut in 2008, Redmayne reserved special praise for the club and coaching staff that have helped him to two Premierships, two Championships, an FFA Cup title and a maiden Socceroos cap.

“It’s special [appearance 150], it’s probably something I’ll look back on more after my career is done and dusted,” Redmayne reflected.

“There’s a few good memories from those 150 games. Obviously, my debut, a few good derbies and Big Blues, plenty of milestone moments from other team mates and special goals that they’ve scored are always nice.

“There’s been a lot of highlights since I’ve been at Sydney FC,” he continued.

“I wholeheartedly believe I wouldn’t be where I am today if it wasn’t for the faith and time invested in me from the Sydney FC staff and their commitment to me as a professional and as a person.

“I owe a lot to Sydney FC and I’m looking forward to continuing the good times going forward.

“We’ve got bigger fish to fry this year, we look onwards and upwards towards the future and continually improving now.” 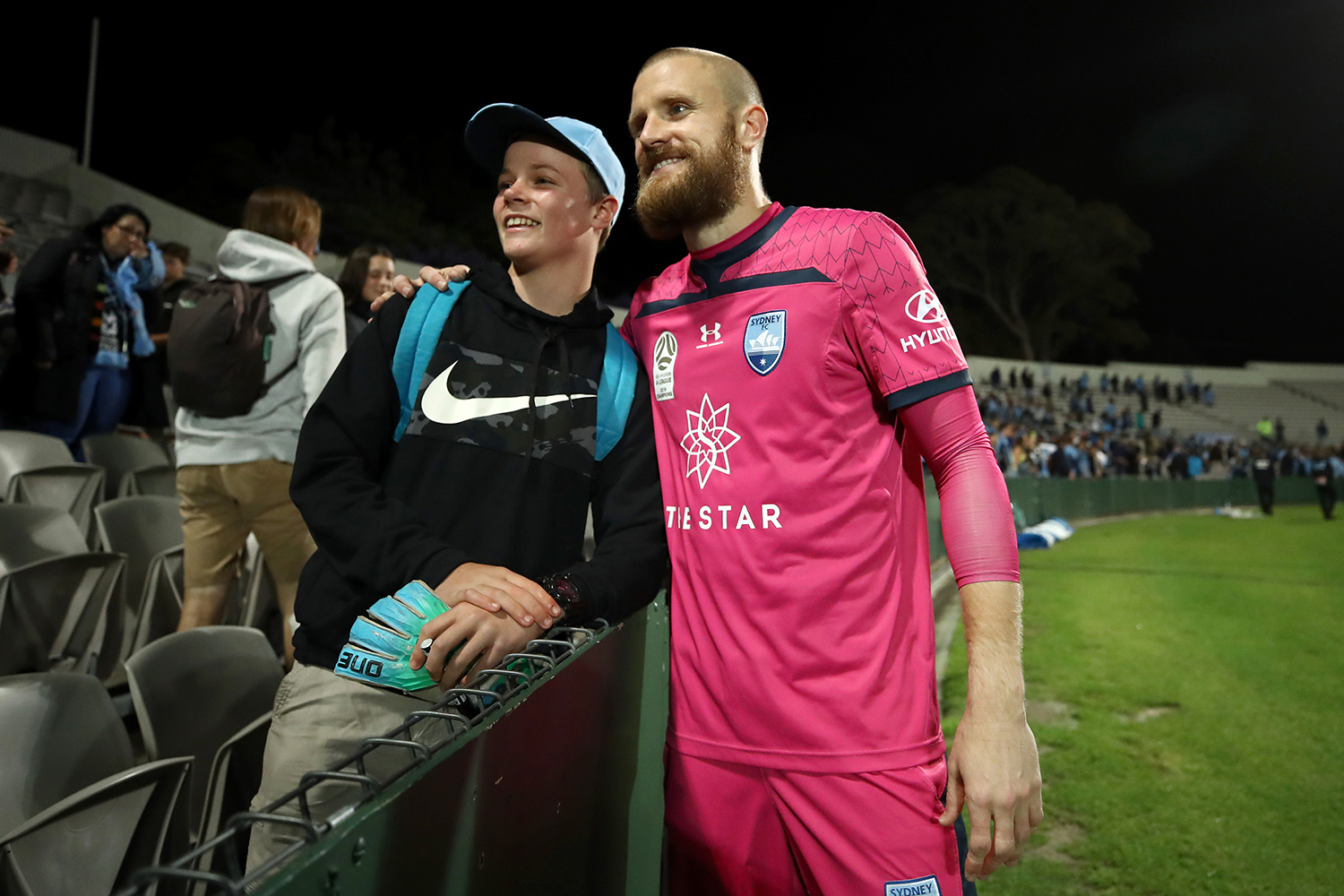 The next step in the Sky Blues’ journey in 2019/20 sees the squad travel to take on the Wellington Phoenix at Westpac Stadium on Sunday.

Redmayne, who saved a penalty in the corresponding fixture last season to guide the Sky Blues to three points, said the team were relishing the trip across the ditch.

“You can draw confidence from moments like that [the penalty save] but it’s a completely new beast this year,” he said.

“We want to take our game to the next level and if you’re dwelling on the past that can hinder moving forward. Having said that we really want to continue the positive attitude we’re carrying. We really just can’t wait for the weekend.

“Historically we’ve done pretty well in Wellington and I remember a great win we had there last year.

“It’s tough conditions, it’s always hard with the travel and time difference, but it’s another tough challenge, they really pushed us in Round 2 and we’re looking forward to another tight tussle with them.”

Sydney FC take on the Wellington Phoenix at Westpac Stadium on Saturday (kick off 2:45pm AEDT). Catch the match LIVE on Fox Sports 505, streamed on the My Football Live app or follow the club on Twitter for updates.