What’s the football philosophy for the Academy?

Sydney FC’s Academy will play a recognizable brand of football characterised by the key words: pro-active; dominant; intelligent; fast and creative with the objective to deliver attractive and successful football.

How do you see the players progressing in the Academy? What’s the end goal?

What is Academy philosophy on player development?

We started by applying Albert Einstein’s quote: ‘Doing the same things you’ve always done, but expecting different results, that is the definition of insanity.’ So we’ve developed a unique and specific approach to coaching, based on a long-term analysis of world football and driven by challenging the existing assumptions.

What are the key elements in the Academy?

We have outlined the the three main elements as 1) Clear Philosophy on, a) how football should be played and b) how that playing style should be taught, 2) Good people and 3) Learning Environment 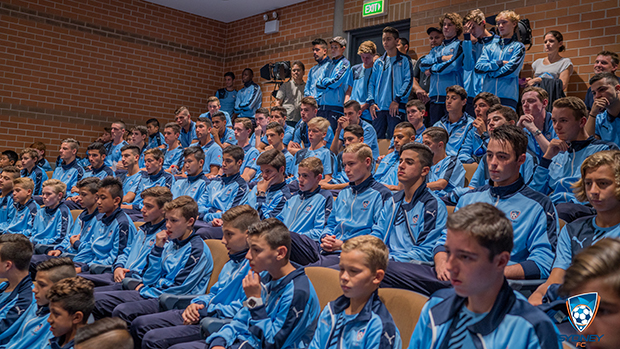 It is based on four key points: 1) Safe, Challenging, Enjoyable 2) Feedback 3) Individual Responsibility and 4) Growth Mindset. As an example,  the players have access to a digital video analysis platform, with video clips of every match and also regular opportunities to evaluate video of training sessions. They reflect on performance and also get their coach’s feedback.

Also, we have also had tremendous results from the player logbooks, where all players submit their evaluation of every training session and match, with coach interaction driving the learning outcomes

What are your hopes and goals for the Academy’s first year?

My first goal has already been achieved. I knew that the kind of progress we’re aiming for would not be possible unless we built a team of coaches who look at football the same way, have a common approach to youth training, and speak the same language. That point has already been reached, and we were able to achieve that because we spent over forty hours together before the Academy started training, developing and building our coaching team, and agreeing upon our simple, specific Sydney FC football language.

In terms of hopes, I’d rather set goals and strive to reach them rather than rely on hope. We have a very clear idea of where we are headed, and by applying a methodical step-by-step approach to developing the players and the teams they play in, we will find our way there. 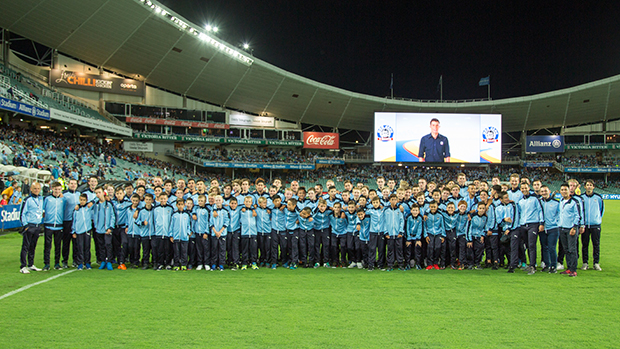 Will the results come straight away?

Of course not. We are all aware that this is a long-term project. The fairest way to evaluate the success of the Academy is when our youngest players, this year’s Under-13s, reach the age of around 18. However, every year, we will evaluate every match in terms of performance not outcome. In youth football, there will be wins and there will be losses. There are many games, especially in the younger age groups, where the game is decided by a goal scored with a high ball over the head of a goalkeeper who is far too small to defend such a big goal. Our players will be measured on the intention to win games by playing our way; we cannot expect perfect football, but we can expect the players to demonstrate those things that the coaches have been helping them to understand and apply. We will also expect the players and the teams to play according to our five key words: proactive, dominant, intelligent, quick and creative.