Enjoying a 19 game undefeated start, Arnold called for a reaction on Friday night away against Melbourne City, with the Sky Blues boss eager for his side to replicate their performance in the opening half hour in the derby.

Sydney FC Will Bounce Back: Brosque

“I’m proud of them, one loss in 20 games, if we do that again I’ll be extremely happy,” Arnold said.

“You only can look at the positives of where we’re at. Last year Adelaide won the Premiership with 48 points, with seven games to go we’re on 47, so we’ve done exceptionally well.

“I thought that the first half hour is a key indicator for me the other night. If we can play like that for 90 minutes no one in this league will get close to us. We were outstanding in that first half hour, the Wanderers reverted to a long ball game to turn us around.

“We controlled 90% of that match but again for whatever reason it was it wasn’t our night. We know that if we perform like that we’ll win all our matches.

“We had a fantastic journey and it wasn’t one of our goals at the start of the season was to be Invincibles,” he continued.

“The first goal was the Premiership, then that gives you a very good chance as history shows to win the Championship and then to win the FFA Cup. We did well in the cup to get to the final, we’re doing well, we’re in a great position at the moment and we will get better and better.

“It’s a matter of finishing off our chances, moving forward, and we’re looking forward to Friday night. It’s time to reboot, re-kick and get a reaction.” 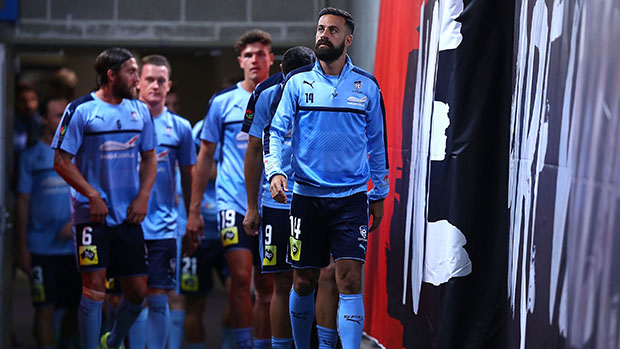 Arnold said his players haven’t taken the defeat to heart, as evident in this week’s training sessions, as he stressed the importance of the remaining eight games in the league and Finals Series.

“If you’d seen our training sessions the last few days it’s been top shelf, you’d never have known that we lost a game,” Arnold said.

“City had a great result against Wellington, it’s never easy to go over there, but at the end of the day we’d rather look at ourselves, make sure our performance is right.

“We can’t control anything they’re doing, we just have to make sure we’re doing the right thing.”