On the eve of our Westfield FFA Cup Round of 16 clash, we caught up with Head Coach Graham Arnold for an exclusive chat about his first club, tonight’s opponents, and how the Sky Blues are shaping up this pre-season.

What are the feelings going to be like tomorrow night facing a former club of yours?

The feelings are going to be about winning. We treat every opposition with respect, but it’s more about us and about our performance. I demand high standards and I expect the boys to play to those standards. I obviously have good memories of Canterbury Marrickville as they were when I played there because it’s where I started my semi-pro career. They were a club that gave young kids an opportunity and I was very grateful for that opportunity but there will be no sympathy for them tonight. It’ll be about the win and performing to the best of our ability. 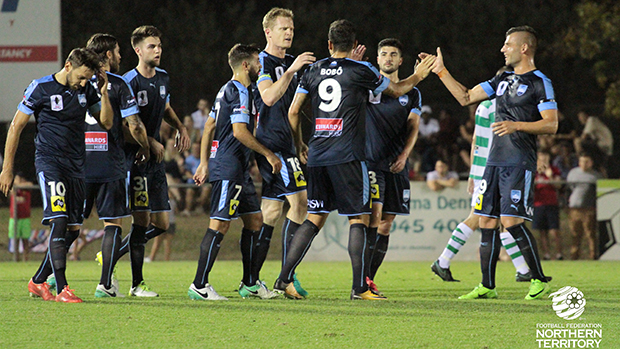 Will there be time for any sentiment following the win on Tuesday?

Yeah, you like to see the clubs that you used to play for, that were good for you and helped build you career, you want good things for them. It’s great to see that they’re still alive and surviving. They’re in the NPL 2 but I’ve looked at their team and lineup and you can see they’ve got a lot of young kids and it’s great that they’ve continued in that way.

Do you have to instil into the mind of the players that it’s just another game and to forget about them being in NPL 2?

I don’t care who the opposition is, it’s all about us. When you have the competition for places that we have, I believe that we have a greater squad than what we had last season. Our pre-season so far has been perfect, everyone is fit and ready for selection. We’ve scored 27 goals in five games of the pre-season and our attitude has been spot on and I expect no different tomorrow night. The competition for places within the team will push players to the limit. 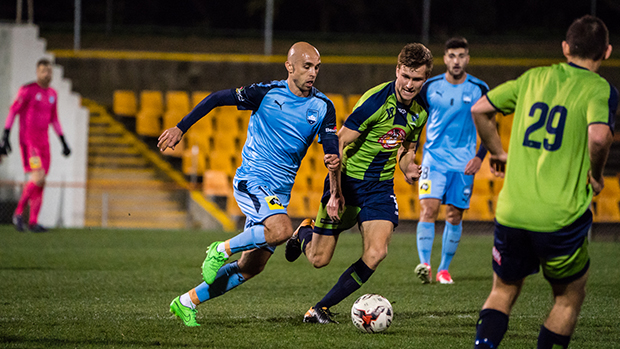 What have you made of our new players, particularly Adrian?

All the new boys that have come in have been top class. Paulo Retre has been outstanding, Luke Wilkshire doesn’t need any introduction he’s played 81 times for Australia and has come in with a fantastic attitude, he’s fitted in well, and Adrian is an outstanding player. He’s got a very high level of technical quality and I’m sure he’s one that is going to put bums on seats and excite the Sydney FC fans.

Finally, looking again at Bankstown Berries, are you expecting to see any familiar faces from the past tonight?

It’s been so long since I’ve had anything to do with the club, I keep my eye on them with results and that, but I don’t think there will be anyone that I’ll be familiar with. I haven’t had contact with the club for a long time but I hope there is people that were there when I was there, it’d be great to catch up and see them again.