On the road again in the 2016/17 season, Sydney FC travel north to take on Brisbane Roar at Suncorp Stadium on Saturday night (kick off 7:50pm AEST).

The Sky Blues have six wins from six matches and face a Roar side coming off the back of a 1-1 stalemate with reigning Champions Adelaide United last round.

The overall head to head between the two sides is very tight, with 11 wins to the Sky Blues and 30% of the matches ending in a stalemate.

The most recent encounter between the sides saw Brisbane snatch the win late, with Henrique scoring with two minutes remaining after a Filip Holosko brace looked certain to earn a share of the points at Suncorp Stadium in March.

Head Coach Graham Arnold spoke midweek of his side’s form and that despite setting new club and league records in their undefeated start, how the squad are only 60-65% of where they’ll end up in a stark warning to their opposition. 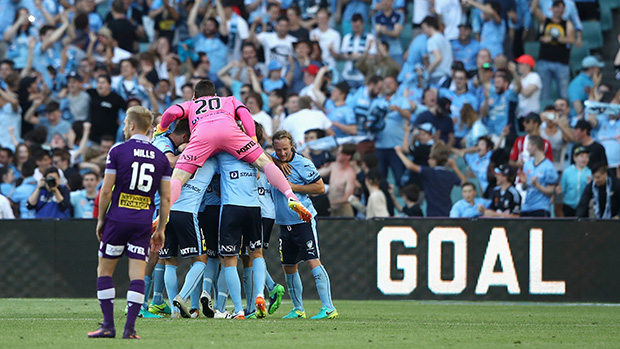 Last Friday’s result for Brisbane was the first time they’d dropped points since round two, with John Aloisi’s squad seeking to do everything they can to rectify that result, including donning one off maroon jerseys for Saturday’s clash.

The Queenslanders currently sit third on the table on 11 points, and boast a strong home record having conceded only four goals in their last five home games.

Catch the live on Fox Sports 505 on Saturday (kick off 7:50pm) or follow @SydneyFC on Twitter for updates.

Between stalemates there’s been big wins for both sides throughout the 12 seasons the two teams have met in the Hyundai A-League.

The Sky Blues kicked things off with a 3-1 victory in round five on season one, with Sydney FC Hall of Fame members Steve Corica and Terry McFlynn bagging the goals at Suncorp Stadium. 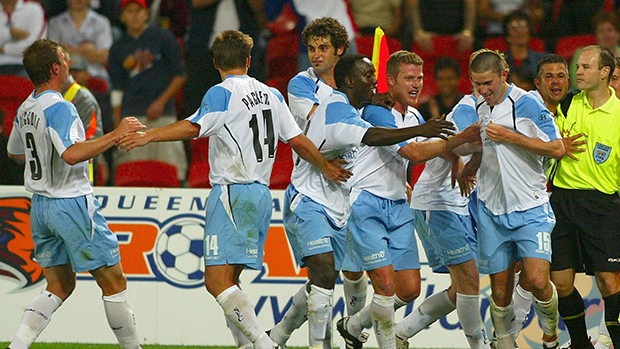 Following two seasons of narrow wins and draws it was Brisbane who replied with a 3-1 win of their own in season four, as Sergio van Dijk claimed a hattrick at Suncorp in January 2009.

The Roar enjoyed a good spell of results during their Championship years before Sydney FC recorded one of the most momentous and high scoring wins against the Queenslanders at Allianz Stadium.

On a rain soaked day in March 2015, it was Sydney FC who prevailed 5-4, with Marc Janko scoring a hattrick to become the Sky Blues leading goal scorer in a season, while Matthew Jurman and Alex Brosque also bagged goals. 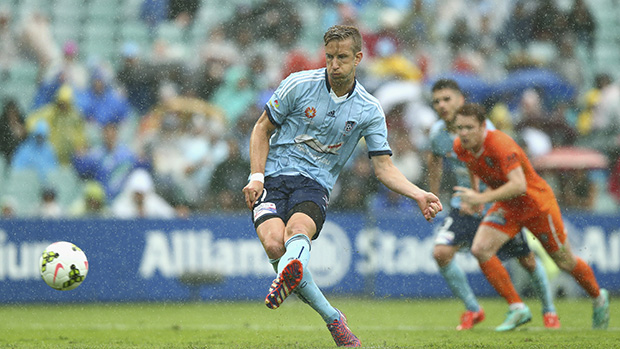 Three of the last four games between the two sides has seen at least one team score 3 or more goals.

Sydney FC have kept a cleansheet in each of their last three away games, having never before kept four in their history.

Sydney FC are one of only two teams to have scored a goal in every 15 minute period of a game so far this season. 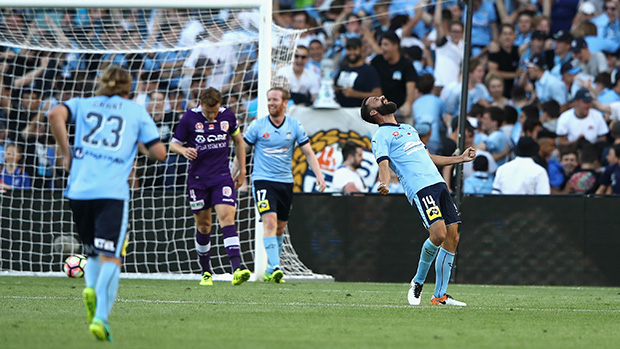 Head Coach Graham Arnold has again named an unchanged squad for Saturday’s clash, with Vedran Janjetovic the only absentee through illness.

Brisbane are missing front man Brandon Borrello through injury, however they welcome back Socceroo striker Jamie Maclaren following his exertions against Thailand midweek.