Sydney FC travel again on Sunday to face the Newcastle Jets for the second time this season at McDonald Jones Stadium in round nine of the Hyundai A-League 2016/17 season.

The Sky Blues are undefeated in the Hyundai A-League to date, having conceded only three goals in the competition, and lead the ladder by four points.

Head Coach Graham Arnold will travel to the Hunter in good stead following the Sky Blues round four victory at the same venue, as goals to Alex Brosque and Milos Ninkovic secured the three points.

The Jets will be looking to wrest their form following four defeats and one draw in their previous five matches, with the Novocastrians having not picked up maximum points since a round three victory over Brisbane Roar.

Sydney FC’s Westfield W-League squad will be in action before the men in a double header on the Hunter. Catch both matches live on Fox Sports on Sunday (WWL kick off 2:30pm, HAL kick off 5pm) or follow @SydneyFC on Twitter for updates. 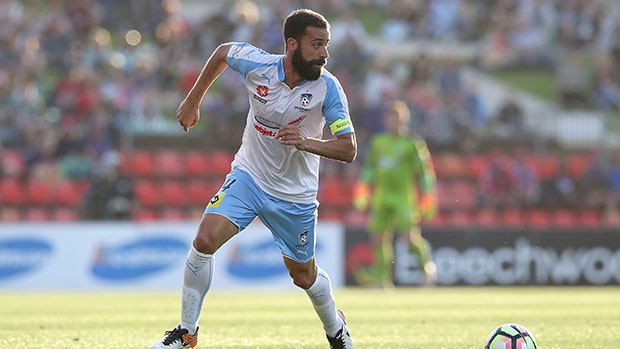 Late goals are a telling tale of this fixture in seasons gone by, with the Sky Blues the main beneficiary.

A 78th minute Brendan Gan strike secured a 2-1 comeback win for the Sky Blues at Hunter Stadium in the 2008/09 season, and Juho Mäkelä repeated the feat in the 2011/12 season scoring the winner with six minutes remaining on the clock.

A feast of goals in the 2014/15 season fixture ended in favour of the Sky Blues 4-3, with Robert Stambolziev scoring the winner in the 80th minute.

In the most recent fixture between the two sides at Hunter Stadium it was the Sky Blues that prevailed 2-0, with captain Alex Brosque and Milos Ninkovic striking in either half for a comfortable 2-0 win. 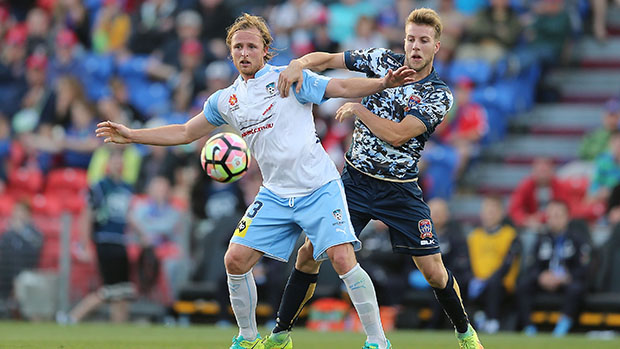 The Sky Blues have won nine of their past 10 games against the Jets, including each of the last six clashes, while keeping nine clean sheets in that period.

Sydney FC are undefeated in their past four away clashes in the league.

Sydney FC are yet to conceded a goal from outside the 18 yard box. 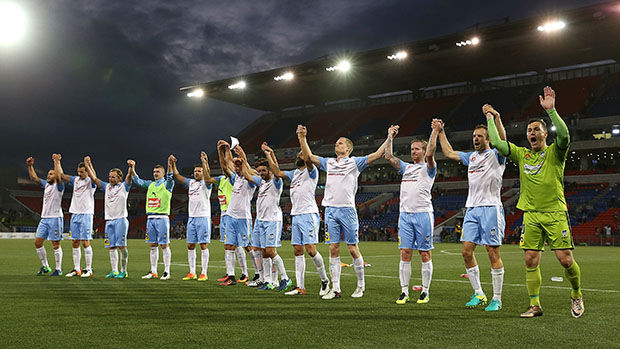 Head Coach Graham Arnold named an unchanged 18 man squad for Sunday’s encounter, while the Jets are still missing a number of players through injury.