We’re on the road again this Saturday as we travel to face the Newcastle Jets at McDonald Jones Stadium in round four of the Hyundai A-League 2016/17 season.

The Sky Blues are three wins from three, yet to concede a goal and currently lead the ladder in our best ever start to a season.

Head Coach Graham Arnold has praised the determination and drive of his squad as they ground out a late victory over the Phoenix, and has urged his players to remain consistent if they want to reel in another three points at the Hunter.

The Jets have enjoyed somewhat of a revival under new Head Coach Mark Jones, and boast the third best defensive record in the league to sit in fourth place.

The Novocastrians are one of three teams yet to lose a match this season and will play in confidence following their two goal turnaround against the Western Sydney Wanderers at Spotless Stadium last weekend.

Jets winger Andrew Hoole will line up against the Sky Blues for the first time since his departure from Allianz Stadium in the offseason, while Sky Blue Josh Brillante will face the club he spent two years at and won the U20 Footballer of the Year award with in 2013.

Catch the match live on Fox Sports tomorrow (kick off 5:35pm) or follow @SydneyFC on Twitter for updates.

Late goals are a telling tale of this fixture in seasons gone by, with the Sky Blues the main beneficiary.

A 78th minute Brendan Gan strike secured a 2-1 comeback win for the Sky Blues at Hunter Stadium in the 2008/09 season, and Juho Mäkelä repeated the feat in the 2011/12 season scoring the winner with six minutes remaining on the clock. 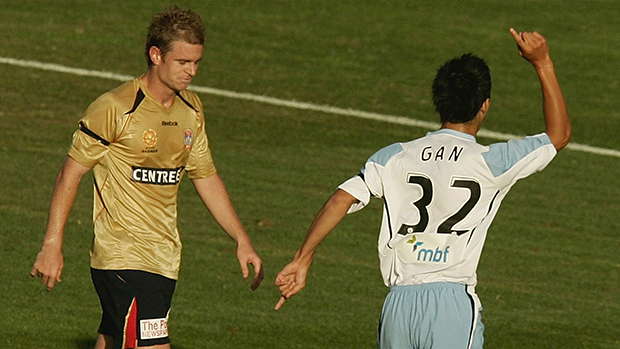 A feast of goals in the 2014/15 season fixture ended in favour of the Sky Blues 4-3, with Robert Stambolziev scoring the winner in the 80th minute.

In the most recent fixture between the two sides at Hunter Stadium it was the Sky Blues that prevailed 1-0, with captain Alex Brosque scoring an 89th minute header for a 1-0 victory.

We’re unbeaten in our last 10 games against the Jets (W8, D2), keeping eight clean sheets in our last nine meetings.

The Jets are unbeaten in four games, the last time they enjoyed a longer run without defeat was November 2013.

We’ve kept a clean sheet in each of our last four games, winning three of those games 4-0 and the other 1-0.

We’ve scored more goals than any other team this season (9) and are the only side remaining yet to concede. 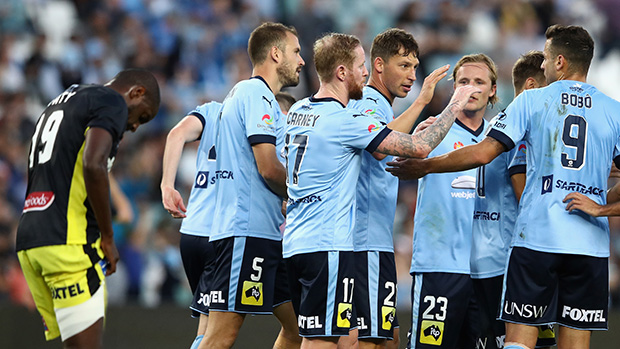 Head Coach Graham Arnold named an unchanged 18 man squad for Saturday’s encounter, while the Jets have been hit with a spate of injuries in recent weeks.