Sydney FC host the reigning Hyundai A-League Champions on Saturday at Allianz Stadium (kick off 7:50pm), in a blockbuster encounter sure to whet the appetite.

Adelaide United come to Allianz Stadium as the Sky Blues look to extend their unbeaten streak in all competitions beyond 13 games.

At home the Sky Blues have been impressive, winning all three of their games so far in season 2016/17 while scoring 10 goals in the process.

The most recent encounter between the sides came in the preseason, with the Sky Blues facing the Reds behind closed doors at Allianz Stadium in September 2016.

On that day it was a physical encounter that saw the Sky Blues emerged triumphant, as a long range Josh Brillante strike, identical to his strike against the Roar, sealed a 1-0 victory for Head Coach Graham Arnold’s outfit. 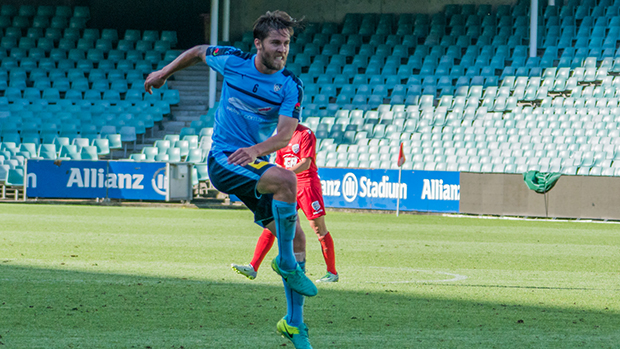 Head Coach Graham Arnold spoke midweek of his desire to go the whole season undefeated, in similar fashion to Arsenal in 2003/04, and his messages of belief and confidence have been instilled and reinforced in the squad in the lead up to Saturday’s clash.

Guillermo Amor’s outfit remain rooted to the bottom of the Hyundai A-League ladder after seven rounds, with their most recent result a 3-1 away defeat against Perth Glory.

The Reds welcome back influential midfielder Henrique to their matchday squad however continue to miss the absence of Sergio Cirio who remains sidelines with a knee injury.

Be at Allianz Stadium to see your Sky Blues take on the Champs, catch the live on Fox Sports 505 on Saturday (kick off 7:50pm) or follow @SydneyFC on Twitter for updates.

There’s been some high scoring wins for the Sky Blues in seasons past against the Reds, both home and away.

The Sky Blues took honours 4-1 away from home in season 2006/07 with Sasho Petrovski and Benito Carbone scoring in the final 10 minutes to confirm the three points.

The following season it was 3-1 win away from home, with current Assistant Coach Steve Corica amongst the goal scorers, before the next fixture ended 3-0 in favour of the Sky Blues at Allianz Stadium as Alex Brosque and Terry McFlynn hit the back of the net.

Perhaps the most famous of our recent encounters was the 2014/15 Semi-Final at Allianz Stadium as the Sky Blues romped to a 4-1 win in front of a boisterous 26,783 fans. 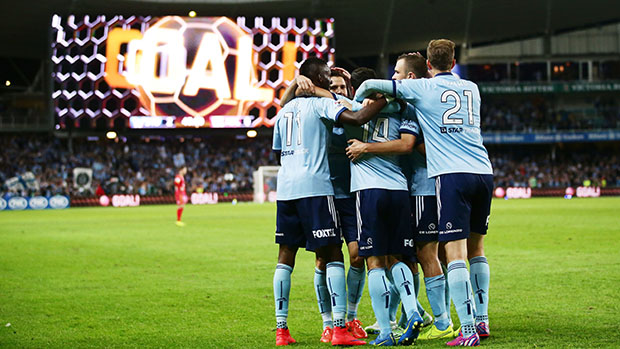 Bernie Ibini started the scoring as he blasted into the roof of the net from the edge of the area, before a sublime backheel from Alex Brosque sent the Sky Blues in at half time 2-0 up.

Alex Brosque all but confirmed Sydney FC’s place in the 2015 Grand Final with a strike just after the re-start before Christopher Naumoff put the icing on the cake with a 90th minute effort.

Sydney FC have won each of their last four games on home soil.

Adelaide United have managed to score a goal in every one of their seven games this season despite not winning a game.

Matt Simon has created a goal scoring chance with every 10.4 touches of the ball, the most frequent of any player who has played more than two games. 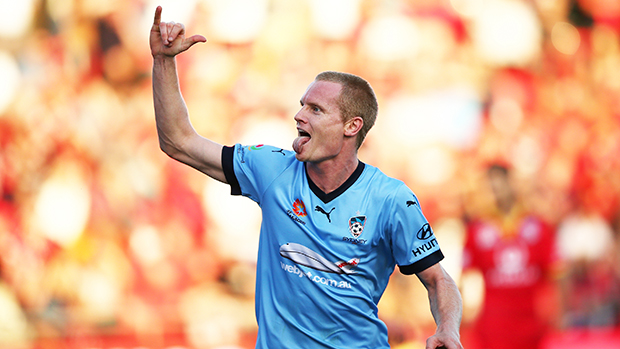 Head Coach Graham Arnold has again named an unchanged squad for Saturday’s clash, with Vedran Janjetovic the only absentee on personal leave.

Adelaide are missing influential playmaker Sergio Cirio, however they welcome back the equally potent Henrique from injury.