The Westfield Matildas winger said she’d been focussing on her finishing for the past year as she revelled in Sydney FC’s 2019 Westfield W-League Championship at Netstrata Jubilee Stadium.

“I just thought maybe I should pop out the back, luckily it landed for me and I just kept my head down,” Logarzo said of her goal.

“I’ve been doing some training on that exact moment so it was nice to be able to put it away in a big moment.

“I think it’s been one of the biggest key aspects [her finishing] that’s changed for me in the last year. Getting on the score sheet was one of the things Staj wanted me to do more often so it’s nice to be more clinical.

“It was perfect timing, they scored only a few moments after we scored, so it was nice to bounce back straight away.” 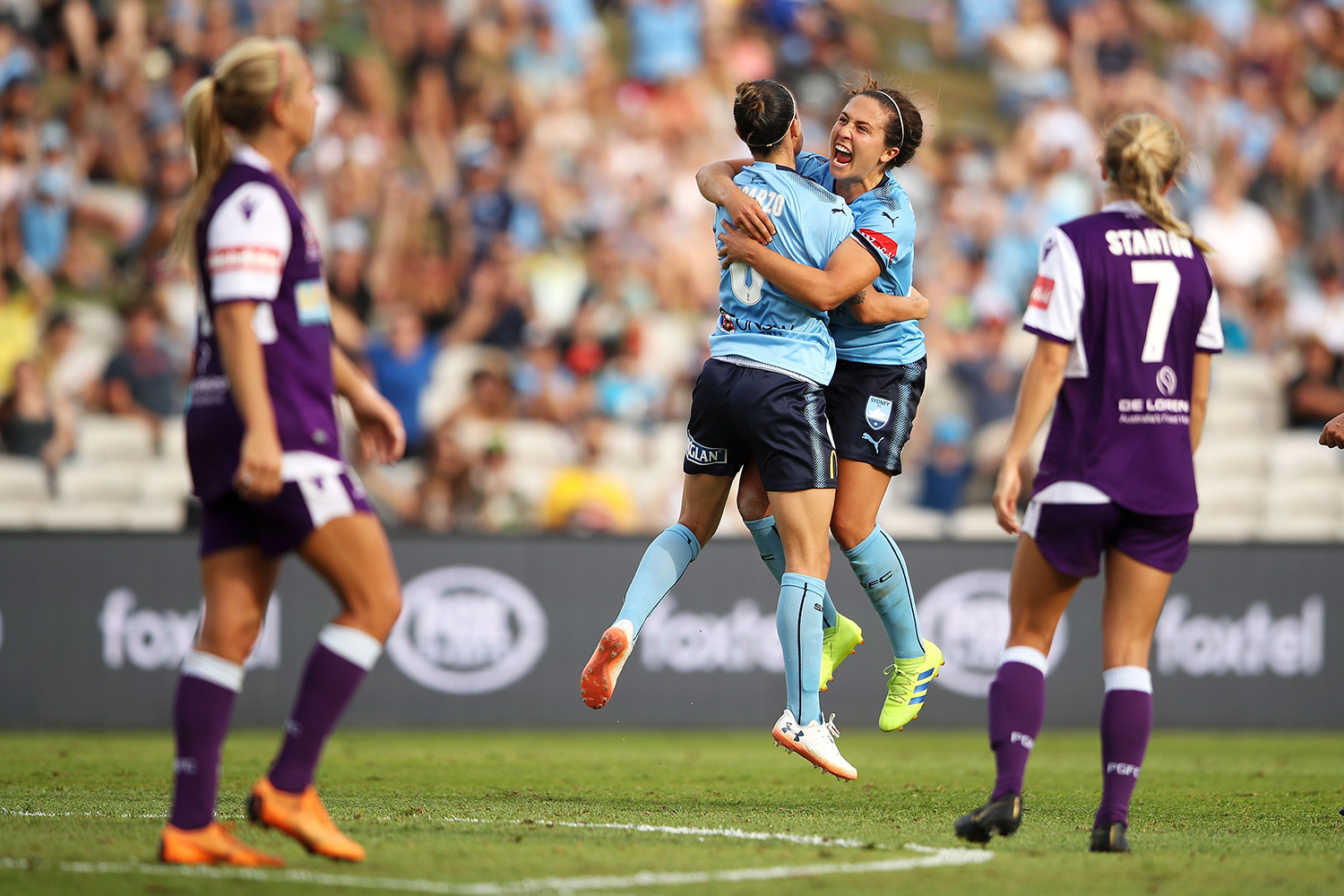 Saturday’s decider was Logarzo’s fourth that she’d been involved in, and the midfielder was pleased to have claimed another title follow two previous disappointments in the Westfield W-League’s showpiece event.

Logarzo also emphasised the strength and consistency of the Sky Blues, who’ve made every Westfield W-League Finals Series to date.

“It’s been a long time for me,” Logarzo said.

“I was fortunate enough to win it in the 2012/13 season and it’s nice to finally start winning it again, we had a rocky start to this season and especially after we lost it last season.

“To win it in front of the crowd in a nice stadium was really special and I got a bit emotional.

“City did an amazing job coming on and winning three titles in a row but we’ve been in every finals series of the W-League since inception, so for us to get into the Finals every year is a massive achievement.”