Sydney Powerchair FC star Jordan Crane has earned a call up to the Australian Squad for the upcoming FIPFA 2017 World Cup in Florida.

We caught up with the 21 year old midfield star to get his thoughts on his selection and what he’s looking forward to most about the upcoming tournament.

How does it feel to be selected to play for Australia?

It feels fantastic to be selected for the Australian team, because I have been working very hard to improve my game. This is my dream come true to represent Australia and I feel honoured to be going to the United States to complete in the World Cup. This will be the highest level of sport that I have ever completed in and I am looking forward to the challenge.

How has playing for Sydney FC helped in your selection for the Australian team?

Sydney FC has helped my selection because I have been a part of a great team who have helped me improve my skills. I have great support players around me and each round I have been able to play my best and stand out to the selectors. I always give my best. 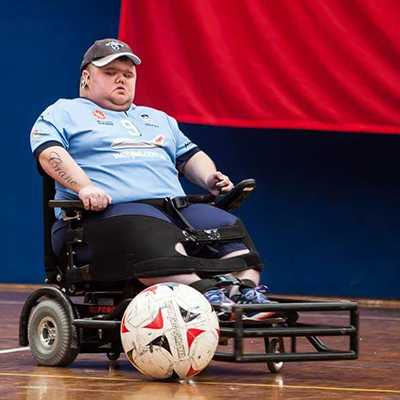 What do you want to achieve at the World Cup?

What personal goals have you set yourself for the tournament?

My personal goals would be to debut for Australia and score and setup goals and play to the best of my ability.

What are you expecting at the tournament, and how excited are you to be playing in the United States?

I am really excited to be going to the United States and playing some really tough and challenging competition against the best in the world. Also I looking forward to meeting people from other teams and nationalities because this will be the first time that I will have been overseas and I want to experience every opportunity I can.

For more information on the FIPFA 2017 World Cup, click here.