Sydney FC star Teresa Polias is more excited than most for Sunday’s #BigBlue double header, as she prepares to lead the Sky Blues in her own backyard at Jubilee Stadium (kick off 2:30pm AEDT).

A Brighton-Le-Sands local, Polias lives no more than five minutes from the Sky Blues’ new home, and she’s relishing the opportunity to launch Sydney FC’s tenancy there when she captain’s the Sky Blues’ Westfield W-League stars in the first of the afternoon’s double header.

“I’m just around the corner as well. It’s a lovely ground to be at, nice and compact so hopefully the crowd rocks up nice and early for our game too.

“I’m at Brighton Le Sands so I’m not even a five-minute drive to the Stadium. I’m a true local and I’m stoked to be playing locally.

“No doubt I know for sure the experience will be very memorable. If you come to this game you’ll come to more.” 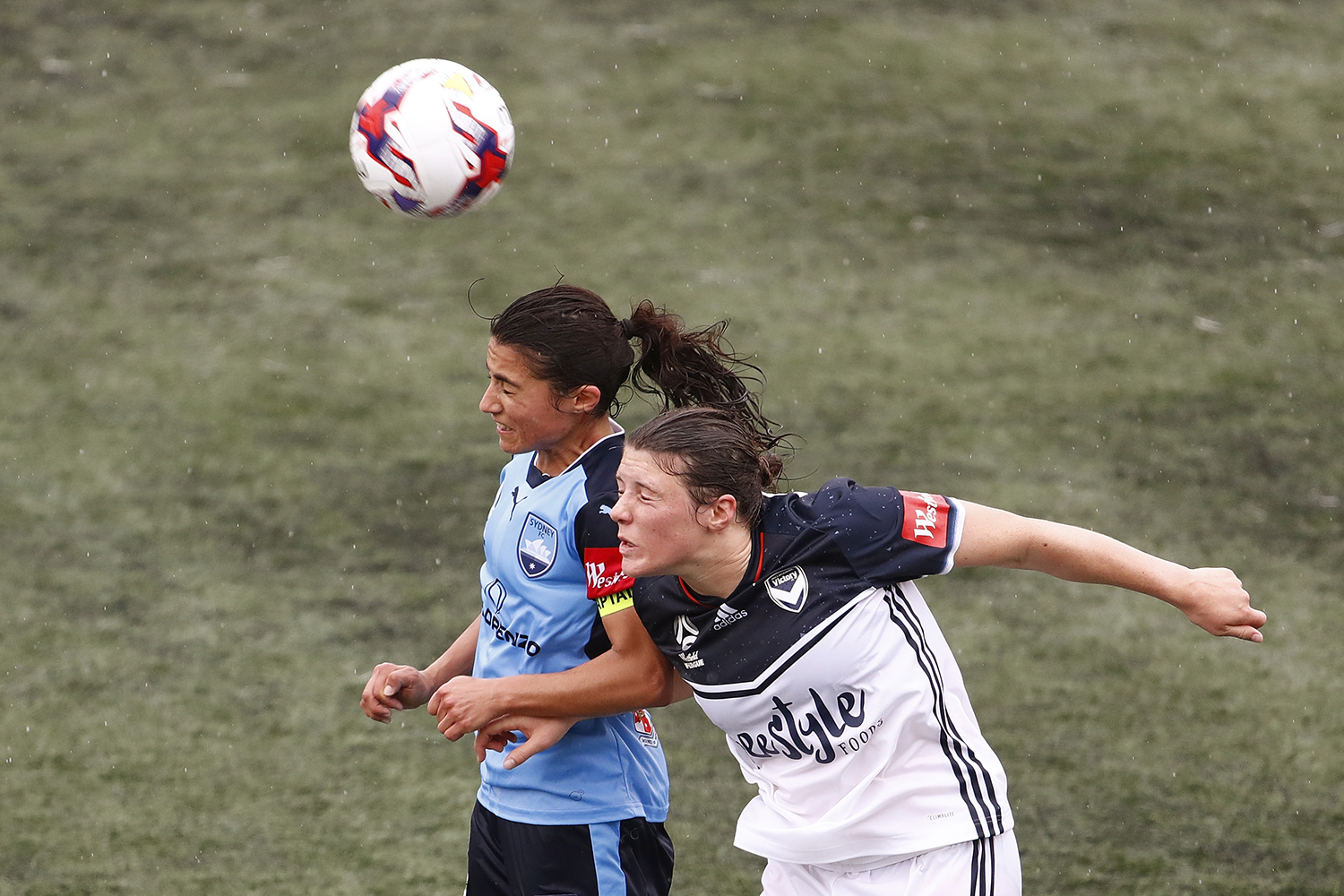 A Sky Blue stalwart, Polias said the 2018/19 squad was as good as any she’s been a part of, as she vowed an improved performance from their Round 2 hitout away against Melbourne City.

“I never like to judge squad to squad because every season we’ve had a great squad at Sydney FC,” Polias said.

“[However], this season I can say is the most internationals we’ve had at once and they’re high calibre too, so in that regard they bring a lot to our team.

“It’s one thing to have a great team on paper, we need to go out there and gel together and that’s something we’ve been working on.

“It wasn’t our best performance against City. Given we’ve had a couple of weeks off afterwards, we’re itching to get back out there and make amends for the last game and what better way than against Victory,” she continued.

“We took a lot from our Round 1 game though. That’s our potential basically, we know what we’re capable of, we just need to go out and execute that and we will this weekend.”

Sydney FC face Melbourne Victory in a massive #BigBlue double header at Jubilee Stadium on Sunday 25 November. Kicking off at 2pm with the Westfield W-League, it’s set to be a great afternoon out for all.

Tickets are selling fast so hurry and secure your seats today.