Westfield W-League Captain Teresa Polias said she’s honoured to be the first W-League player to make 100 appearances for Sydney FC on Saturday in the club’s Semi-Final at Leichhardt Oval.

Spending eight seasons at the Sky Blues, Polias thanked every player that has pulled on a Sky Blue jersey as she reflected on her incredible achievements at the club to date, as the league celebrates its tenth year.

“I’m very honoured to play for and lead such an amazing team. We’ve always had quality players and I’m very privileged to have played with every player I’ve set out on the pitch with.

“I’d like to thank them, I want to thank all the coaches I’ve been lucky enough to work with as well, and of course the club. Sydney FC has been amazing to me, I love the club and my family and friends as well, a big thankyou to them.

“The eight seasons have merged into one in my head but the 2013 Grand Final is a huge highlight for me along with the Club World Championships in Japan. Just getting to play with some incredible players over the years, I’ve been pretty lucky in that regard.

“A lot has changed since season one, we’re recognised worldwide now, a lot of foreign based players want to come over,” she continued.

“Every team has got incredible players coming over now, this season is a great example of how far the league has come because any team can beat the other on their day. Hopefully it continues to grow.” 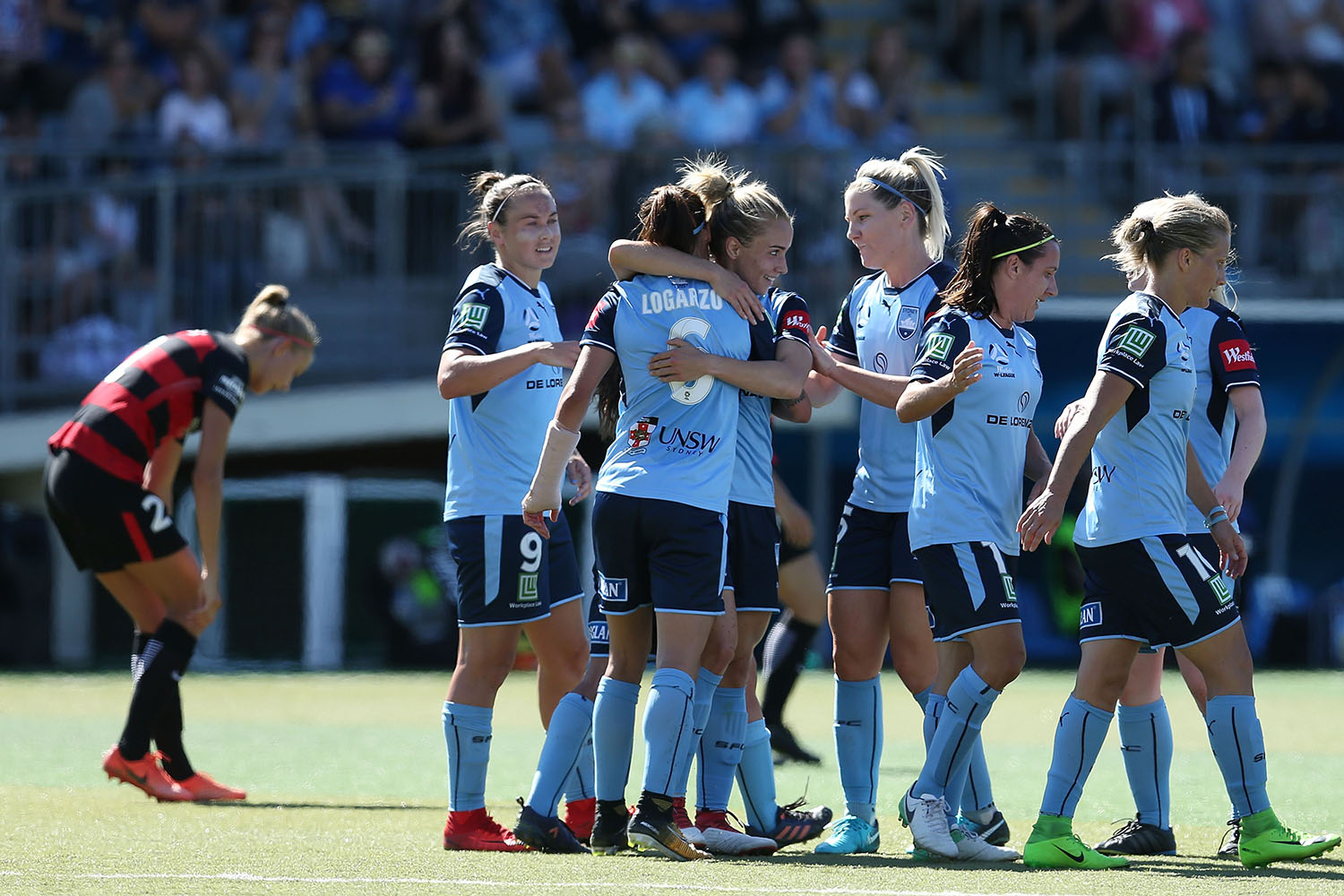 Facing Newcastle Jets in a crunch Westfield W-League Semi-Final on Saturday 10 February (kick off 4:45pm AEDT), Polias said it was a great achievement to have reached this stage following the Sky Blues’ start to the season.

Making their tenth Finals appearances in as many seasons, Polias also said the Sky Blues were filled with confidence heading into the clash following their performance in the #SydneyDerby on Sunday at Seymour Shaw.

“It was a pretty rough start, but we always had belief and we worked hard and earned our spot in the Semi-Finals,” she said.

“Away from home we’ve grinded out results and been professional about it but the performance on Sunday in the Derby was really good and fills us with confidence heading into this weekend.

“Newcastle are a really good team and deserve their finals spot as well. It’ll be a tough game, they’ve got a few key players we’ll try and shut out, but as long as we do the things that we set out to do well then I think we can win the game.

“It’s a nice intimate ground Leichhardt Oval. I think the pitch is in good condition, it’s a nice big pitch that suits us a lot and we’re looking forward to it.”

Tickets for Saturday’s Westfield W-League Semi-Final are on sale now, get your tickets now and be there to back your Sky Blues.