In line to make her 100th Westfield W-League appearance on Saturday, hear from Sydney FC captain Teresa Polias on her time in the competition to date.

In the W-League since the very start, how have you found the competition?

How have you seen the W-League grow over the years?

It’s grown massively. At the start it was very much a domestic league and now it’s grown and developed and now we’re attracting some top international players. It’s now a league that’s known globally and a lot of players want to come here now.

At Sydney FC since 2010, how have you found your time at the club?

Yeah I love Sydney. I’ve always supported the club. In the first couple of season all the Sydney based players got split to either Mariners or Sydney, I got split to the Mariners and was there for a couple of years but making the move to Sydney was a dream come true. I’ve grown up in the area and I love playing for Sydney FC. 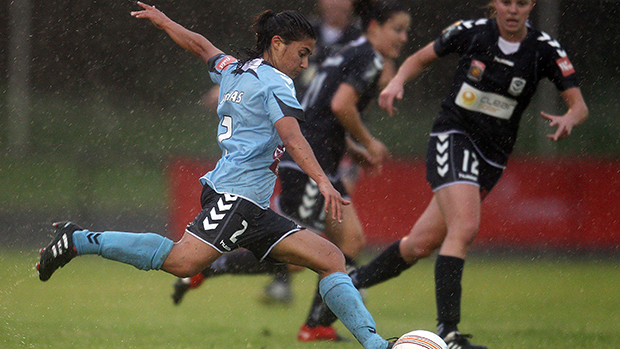 What are your favourite memories representing Sydney FC in the W-League?

Playing for Sydney FC, every squad has been a quality squad, all the players really. I’ve gotten to play with some amazing players that I’ll never forget and also how can you forget the Championship season, that was memorable year and hopefully we can repeat it soon.

You’re making your 100th W-League appearance on Saturday, did you always think you’d make it this far?

It was never really a thought in my mind. I’m privileged to have played one game, let alone 100, so it’s been a blink of an eye type of thing but I’m very honoured and proud.

The squad is enjoying a stellar season this year, what do you put that down to?

We’ve got a great environment and everyone is working really hard. We’ve got a strong, solid squad that’s gelled really well together. The second half of the season has been our peak time, we’re peaking at the right time, and starting to put the ball in the back of the net. Hopefully we can continue that into the Finals. 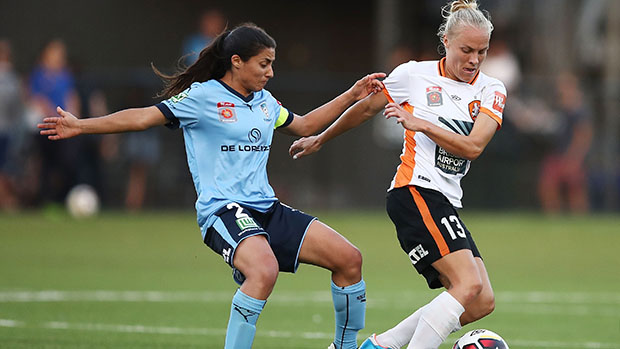 Only two rounds to go, how confident are you of back to back Grand Final appearances?

We’re quietly confident. Any team can beat anyone so for us we know that if we turn up with good energy and attitude we’ve got the quality to reach the Grand Final again.

Off the pitch, a special moment with your engagement, did that come as a shock/surprise?

It was a really pleasant surprise, I’m really happy. It’s been a big couple of weeks and I can’t wait.

Have you set a date/any plans yet?

I don’t know, I’m still in a happy shock. We’ll sit down and work it out, I’m hoping next year but we’ll see!