Sydney FC’s Head of High Performance Andrew Clark has revealed one of the key competitive advantages that has taken the club to the top of the ladder this season – the world-renowned Polar Team Pro system.

Sydney FC has joined professional sports teams from around the world in adopting the Polar Team Pro system which provides Clark with internal (heart rate) and external (GPS/Accelerometry) data in an iPad system plus analysis after a match or training.

“After six months of use, Polar Team Pro has become an integral part of everything we do in regards to daily training session planning, in-session live monitoring and post session analysis,” he said.

“The system gives us a time efficient method of collecting, live reviewing and downloading relevant training data to inform our daily training decisions

“Post training and match we are able to analyse deeper into the training session or match via the Polar Team Pro software or raw data export for further analysis and research.

“Each player at Sydney FC has specific needs in training due to age, injury and training history and the Polar Team Pro system allows us to monitor the individual needs of players live in training to ensure they are undertaking the planned training exposure and volume to keep them on the training park and available for all matches.” 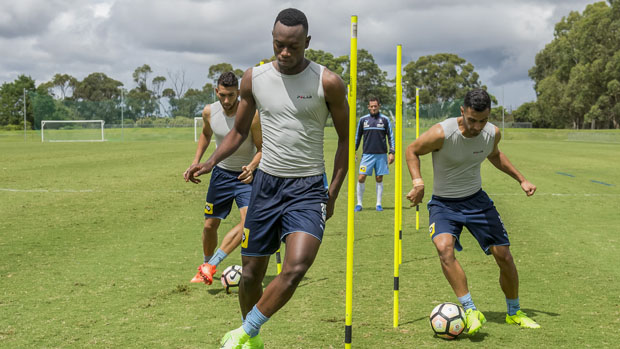 Two key areas in which the system has paid dividends for the club are benchmarking and injury recovery.

“We have benchmarked the physical output of future stars such as Charles Lokolingoy and George Timotheou in training drills against top level players such as Josh Brillante, Bernie Ibini and Matt Simon,” Clark continued.

“The Polar Team Pro system allows the players to compare themselves (either instantly or immediately after the session) in the areas of heart rate load, high intensity activity and total distance.”

Ensuring a smooth recovery from injury has been another key area of focus for Sydney FC which currently sits clear at the top of the Hyundai A League ladder.

“Captain Alex Brosque’s return from a serious hamstring injury has been carefully managed on the pitch by our medical team through the use of Polar Team Pro.

“Exposure to top speed running, training load management and recovery time frames from training sessions are vital to ensure he stays fit and healthy throughout a long season.

“Any player who is working through a return to play program due to injury or fatigue is carefully managed with the Polar Team Pro system.

“Planning and the outcomes of daily, weekly and monthly workload are carefully monitored through heart rate and GPS metrics in an easy to understand format for players and coaches. 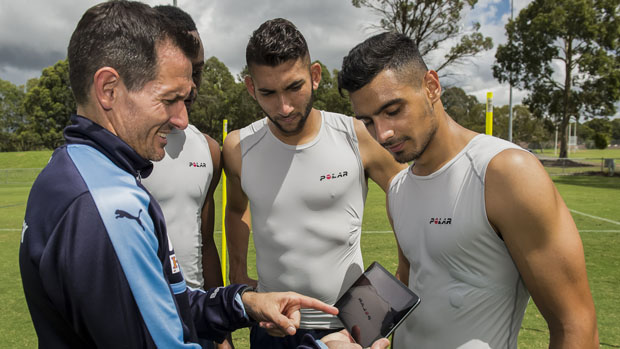 Clark was unequivocal in how vital the Polar Team Pro system has been to Sydney FC this year.

“A Sports Science program in any sport is only as successful as its ability to be integrated into the coaching process – 100% buy in from players and coaching staff is essential.

“If used appropriately, Sports Science may be the advantage you have over your opposition.

“At Sydney FC, Polar Team Pro plays an important role in objectively informing coaching and medical team decisions, and these better informed decisions are what is driving our success.”

In the coming months, Sydney FC will be the first clubs in Australia to trial the new Polar Team Pro base layer smart shirt with comes with seamlessly integrated sensors to monitor heart rate and a pocket for a player tracking sensor located on the upper back for optimal GPS reception.

Sydney FC Finals Run Flexi Now Available – Choice of any 3 of the last 4 home matches from $40 for Juniors and $75 for Adults. Click HERE