The U20’s claimed the title after defeating the North Shore Mariners 5-0 at Northbridge Oval, with their 12 point margin at the top of the table unassailable with two rounds remaining.

Congratulations to our NPL2 U20’s side who claimed the Premiership today with a 5-0 win over North Shore Mariners!! #SydneyIsSkyBlue #SkyBlues #Youth #Football #Premiers #WeAreSydney

Stanton, who won an NPL Premiership with Sutherland Sharks in 2009, believes the squad deserve the Championship after a long campaign where they showed great ethos.

“Our objective is to develop players so we don’t put results as our number one emphasis,” Stanton said.

“It’s all about developing players in the key areas and turning them into First Grade players.

“It’s been fantastic and the players’ deserve the majority of the credit for their contributions and ability to maintain concentration levels and produce quality performances week in, week out.”

Facing tough conditions and late changes to kick-off, Stanton said the priority for the players was to stay mentally focused.

“The conditions were slightly difficult and it was important for them to keep a strong mentality,” said Stanton.

“To the player’s credit, we addressed all this at half time and they maintained their concentration levels. The fact that we were very proactive in the way we played, I think we did very well.” 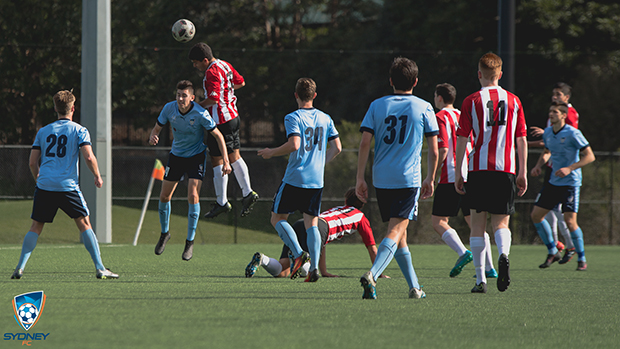 According to Stanton, making the U20s and First Grade train together has played a large part in their success and challenging each other.

“It’s extremely important [having the players train together] because these players are probably one or two steps from becoming an A-League player,” he said.

“Some of the boys have trained with the A-League team and it’s given them some vision of what it’s like, so it helps them train hard and want to make it. It’s a huge benefit.”

Stanton maintained that he and his squads were only focused on the last two rounds before they look ahead to the finals series.

“The finals is probably the furthest thing on our minds at the moment,” said Stanton.

“We’re probably going to lose players to the Young Socceroos and to 1st Grade, so it’ll be an opportunity for us to bump some players up [to higher grades] and see them perform.

“We’ve been bringing players up in the second half of the season, we’ve been preparing for it, so I think we’ll be ok.

“It gives the other players a chance to put their best foot forward and show us what they’re capable of.”