A fantastic all round performance from a phenomenal Sydney FC has sent the Sky Blues seven points clear at the top of the Hyundai A-League.

The still undefeated league leaders delivered a 4-1 thrashing to Perth Glory on their home patch, thanks to goals from captain Alex Brosque, marquee’s Filip Holosko and Bobô, and a late penalty won and scored by substitute Bernie Ibini.

Two superb second half saves from goalkeeper Danny Vukovic prevented Glory getting back into the game just after the hour mark winning the stopper the Fox Sports Man of the Match.

Sydney FC will now head into 2017 on top of the Hyundai A-League and currently have a goal difference of +20 from 11 undefeated games.

MOM Danny Vukovic: “It was very pleasing and we showed great character again away from home. It’s a tough trip here to Perth.

“We went 1-0 down and we bounced back straight away which was brilliant and we got a great result.” 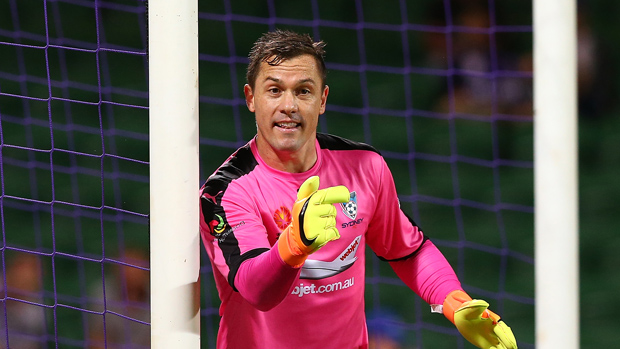 “I’m just doing my job, but it’s nice to contribute and help the team out in the end.”

20’ TAGGART GOAL – Risdon knocks the ball inside from the right to Keogh who finds Wilson in the box.  He turns and cuts the ball back to Taggart who fires home from close range.

21’ BROSQUE GOAL – A fantastic one touch build with Grant to Holosko to Bobô to Ninkovic who finds Brosque free in the box to take a touch and finishes with his left foot.

61’ HOLOSKO GOAL – A whipped-in cross from Alex Brosque from the left edge of the box finds the head of Holosko who guides it back beyond Reddy at the far post.

71’ BOBÔ GOAL – The ball falls to Ninkovic on the edge of the box who controls, beats Castro’s challenge and threads an inch perfect ball to Bobô standing in between the Perth centre halves. The Brazilian controls brilliantly and strikes the ball home clinically with his left foot.

90’ + 1’ IBINI GOAL – Ibini uses his pace and power to beat two Glory defenders and is brought down in the box.  The referee points to the spot and the winger steps up and smashes the ball right footed into the corner sending the keeper the wrong way. 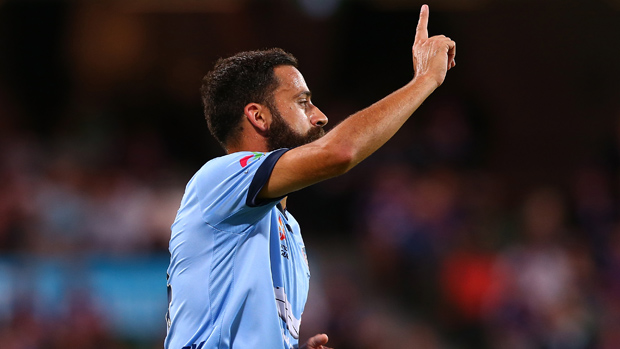 3’ BOBÔ CHANCE – A ball over the top falls on the bounce to Bobô who hits it first time and Reddy has to move quickly backwards to tip over the bar.

7′ TAGGART CHANCE – Marc Warren finds in a left wing shooting position but it’s blocked by Alex Wilkinson who then makes a fantastic block as Taggart looks to fire home the rebound.

30’ WARREN CHANCE – Risdon clips it to the back post to Warren who heads wide.

31′ BROSQUE SHOT – Lowry fails to clear and the ball falls to Brosque who blasts it wide.

65’ VUKOVIC SAVE OF THE SEASON – A Perth free kick is floated from the right of the field to the far post where it is met by Griffiths who heads back across the goal.  Vukovic changes direction and produces a flying one handed save to deny him and when the ball comes back into the box Wilson’s shot deflects off Holosko’s leg and hits the foot of the post.  Lowry tries to prod the ball home but puts it over the bar.

66’ NINKOVIC HEADER – Brosque chips the ball into the area from the left-hand side to an unmarked Ninkovic who heads right at Reddy.

69’ VUKOVIC SECOND SAVE – A Sydney FC clearance rebounds to set Taggart clear but Vukovic is out to stand tall and save with his right-hand glove low down.

Head Coach Graham Arnold had to replace the suspended Josh Brillante with Brandon O’Neill coming into the starting line-up.  David Carney and George Blackwood returned to the bench with Matt Simon suspended.