Ahead of the first ever #SydneyDerby at Netstrata Jubilee Stadium, we’re looking back at some of the other derby firsts ahead of Friday night’s cross-town encounter (kick off 8pm AEDT).

With the Sky Blues entering the clash in form and 13 points clear on top of the table, will it be Head Coach Steve Corica’s men claiming the three points and sealing a 14th straight win at the Kogarah venue?

Sydney FC marquee Alessandro Del Piero had the honour of scoring the first ever derby goal, away at Parramatta Stadium in 2012, as the Italian swept home a penalty at the second attempt to seal a 1-0 victory. 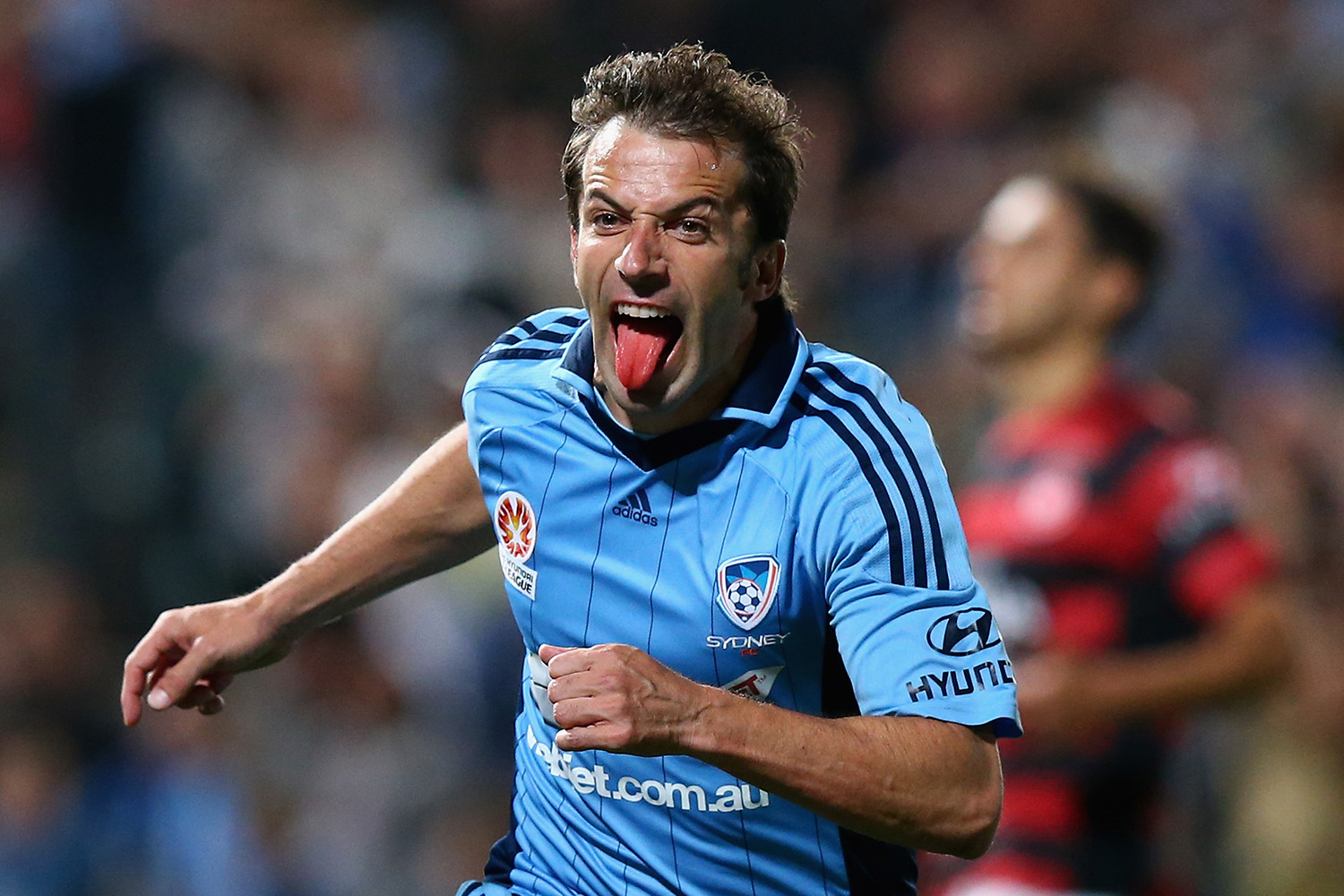 The Sky Blues claimed their first home win in the derby on March 8, 2014 in front of a raucous Allianz Stadium crowd. After going behind to a Shinji Ono goal, Matt Jurman, Richard Garcia and Ali Abbas struck to seal a memorable 3-1 win. 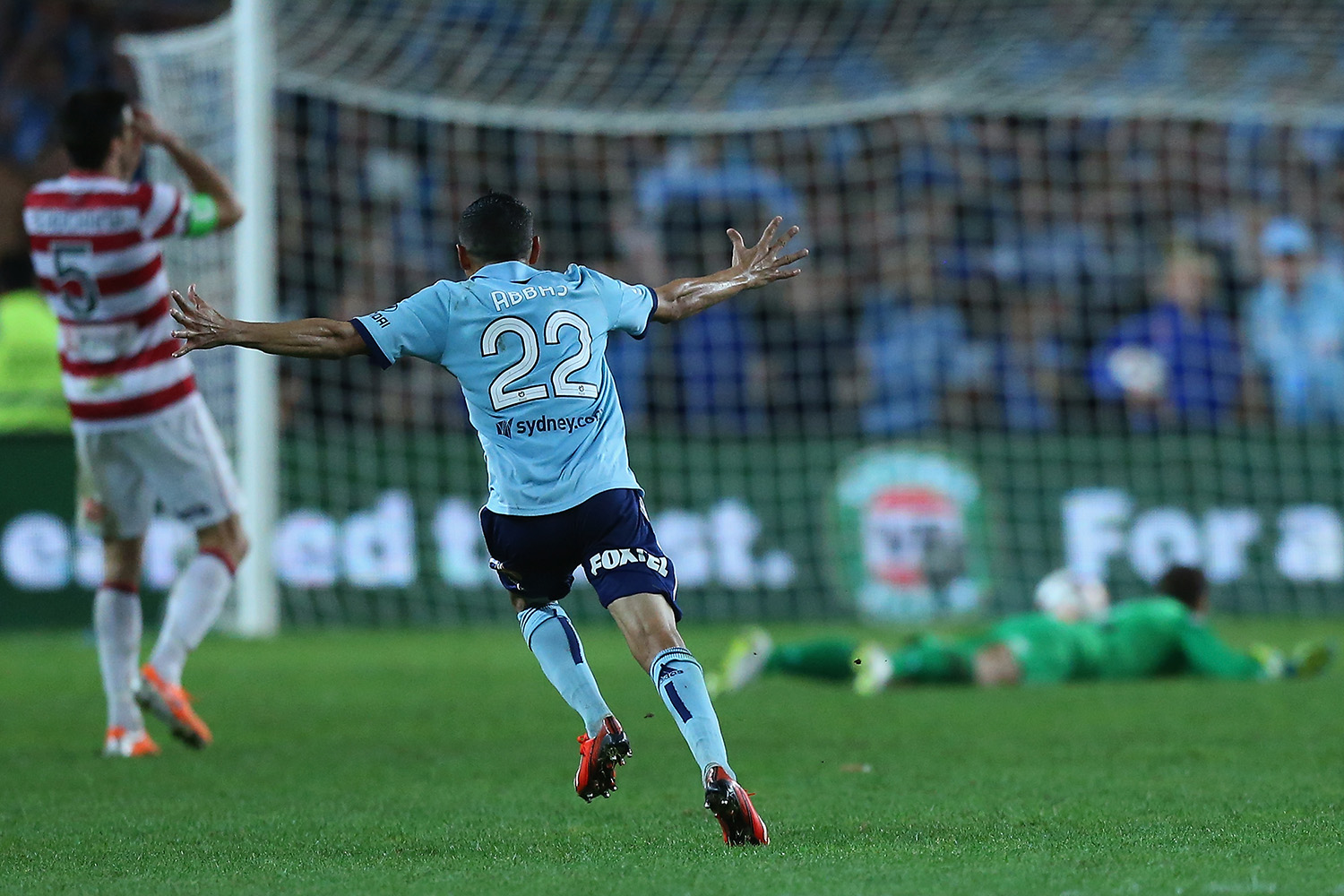 The #SydneyDerby took to the FFA Cup for the first time in October, 2018, and it was a familiar result as the Sky Blues triumphed at Penrith Stadium. Goals to Trent Buhagiar, Siem de Jong and Adam Le Fondre wrapped up a 3-0 win in the Semi-Final. 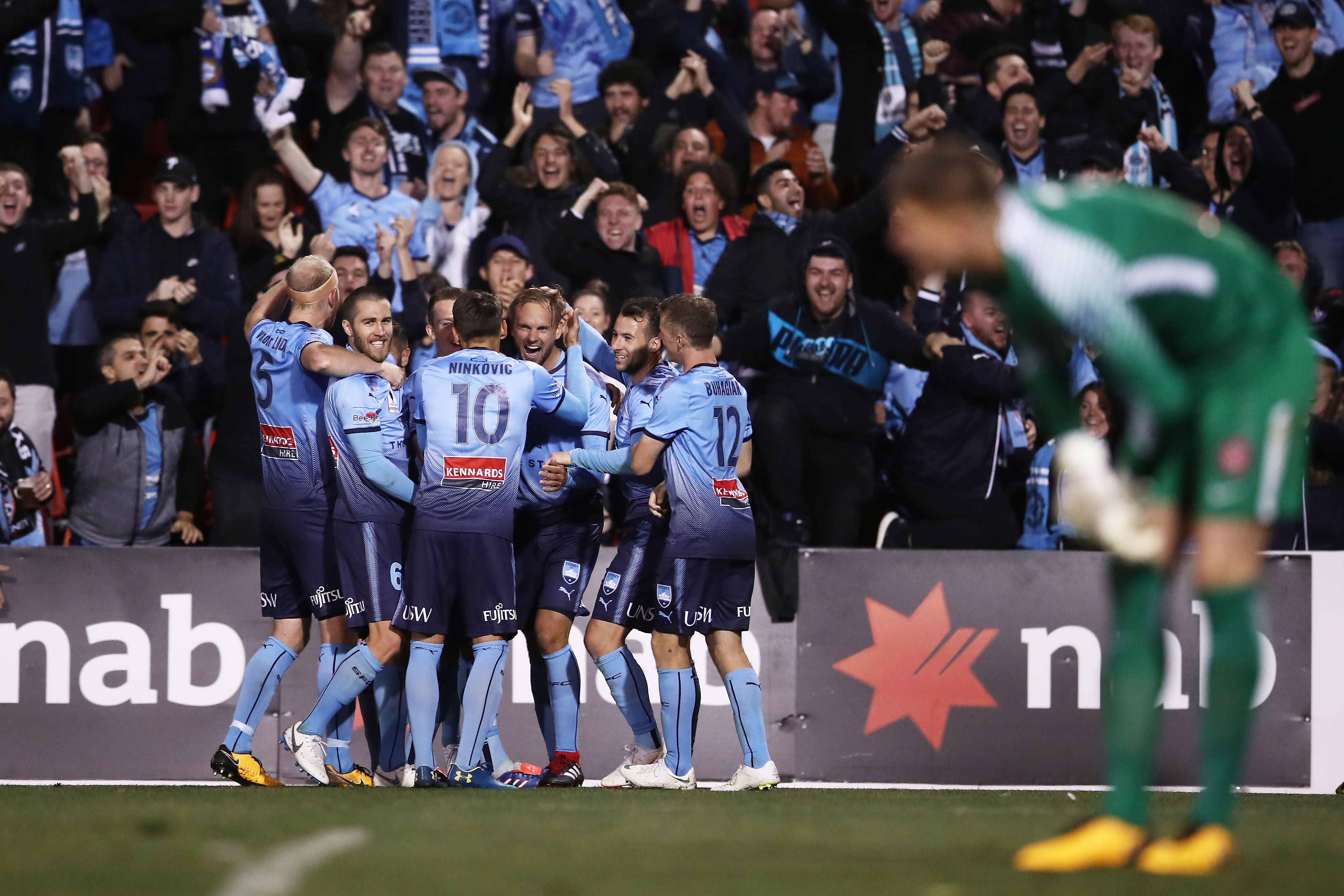 The Sky Blues have gone undefeated in their three derby fixtures in a season a total of four times, with the first coming in the 2014/15 season. Sydney FC won the first fixture 3-2 at home, drew the second fixture 1-1 away from home and then claimed a thrilling 4-3 win away from home to end the season without a derby blemish. 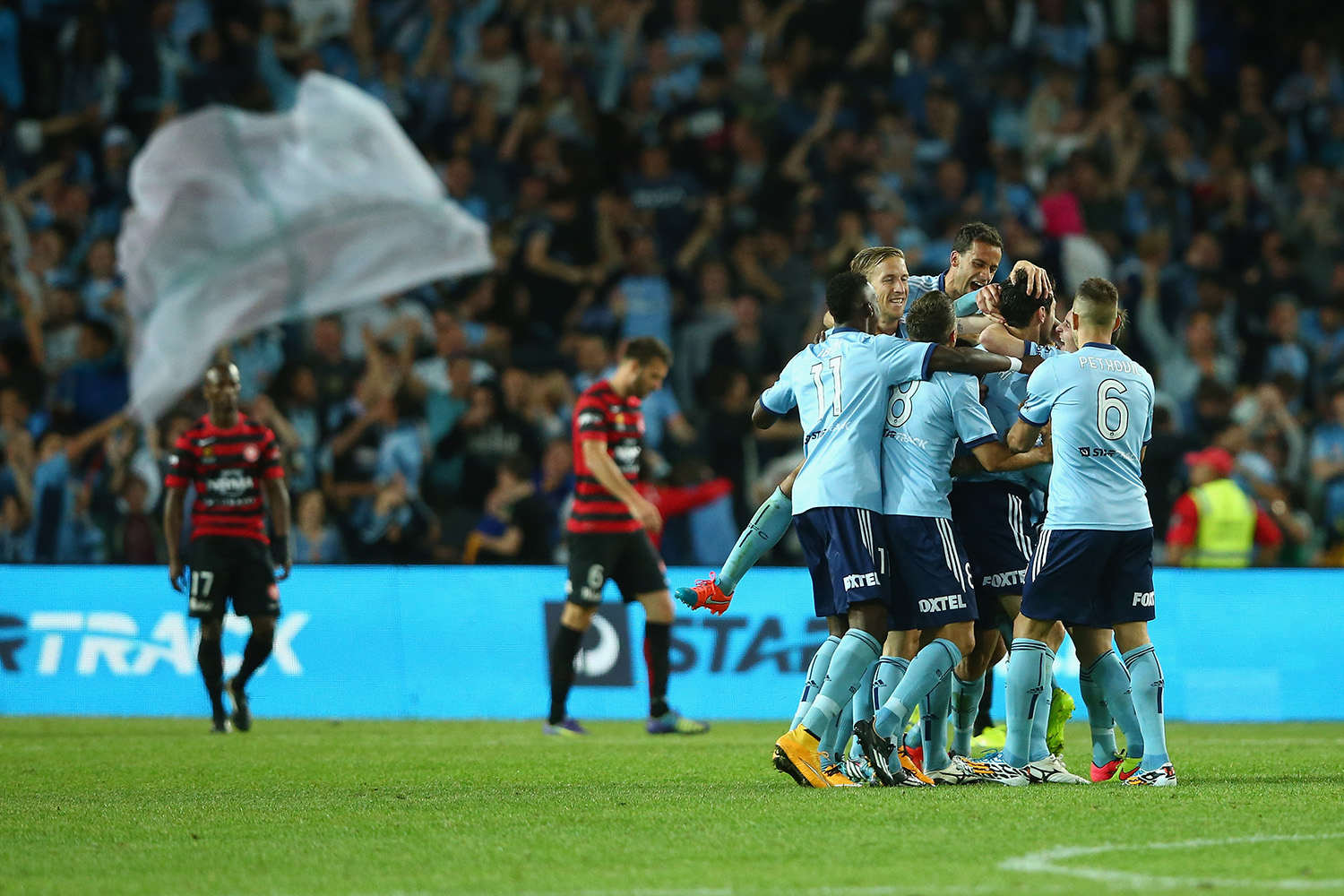 With Allianz Stadium being knocked down, the Sky Blues’ hosted their first home #SydneyDerby away from the venue, next door at the Sydney Cricket Ground in 2018. In front of 30,000 fans at the club’s adopted home, it was Adam Le Fondre and Alex Brosque who found the back of the net in a 2-0 win. 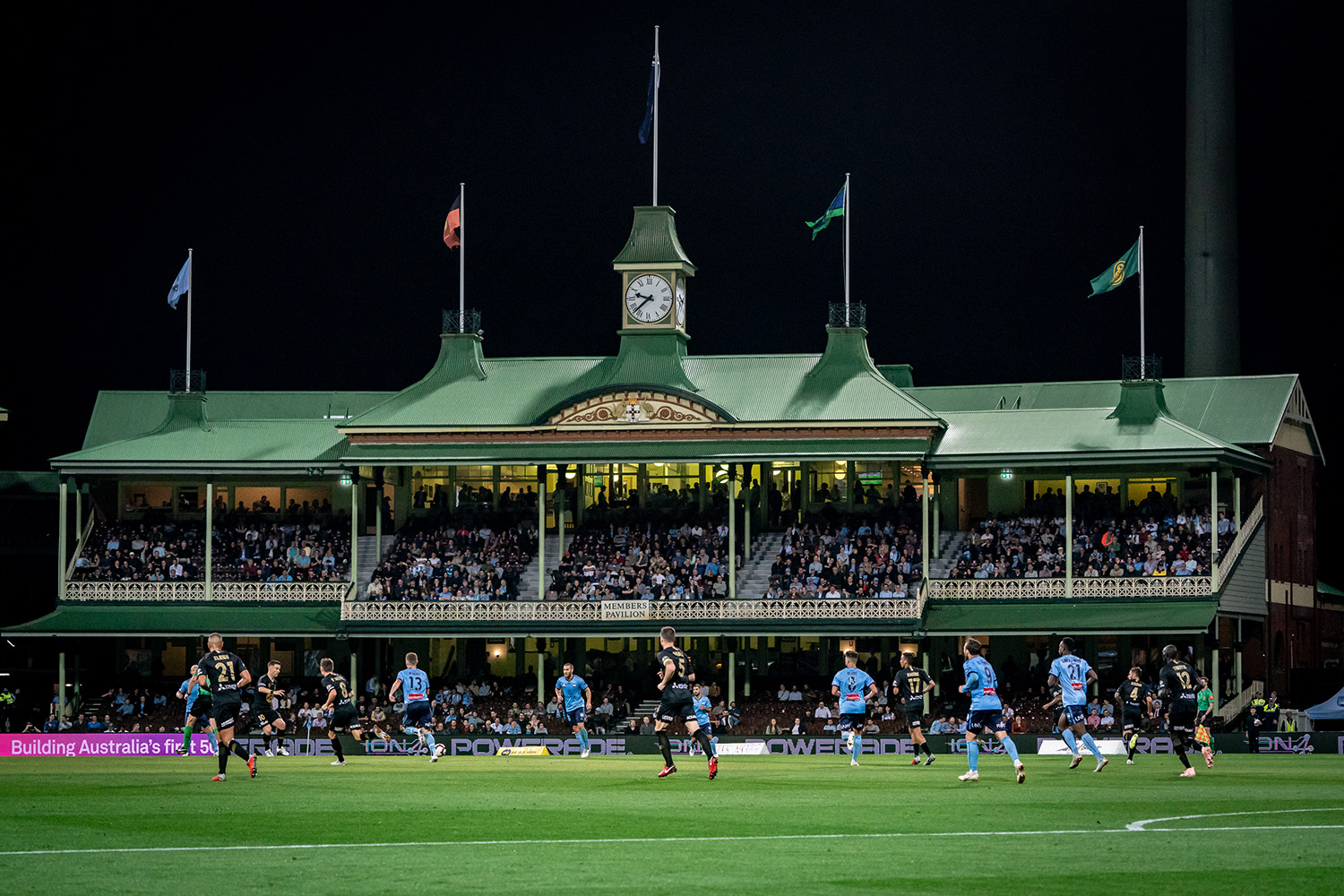 In the early history of the #SydneyDerby, no side had won by more than two goals. That all changed in Round 1 of the 2016/17 season, as the Sky Blues put on a second half masterclass to romp to a 4-0 victory at ANZ Stadium with Filip Holosko, Bobô, Brandon O’Neill and Alex Brosque all on target. 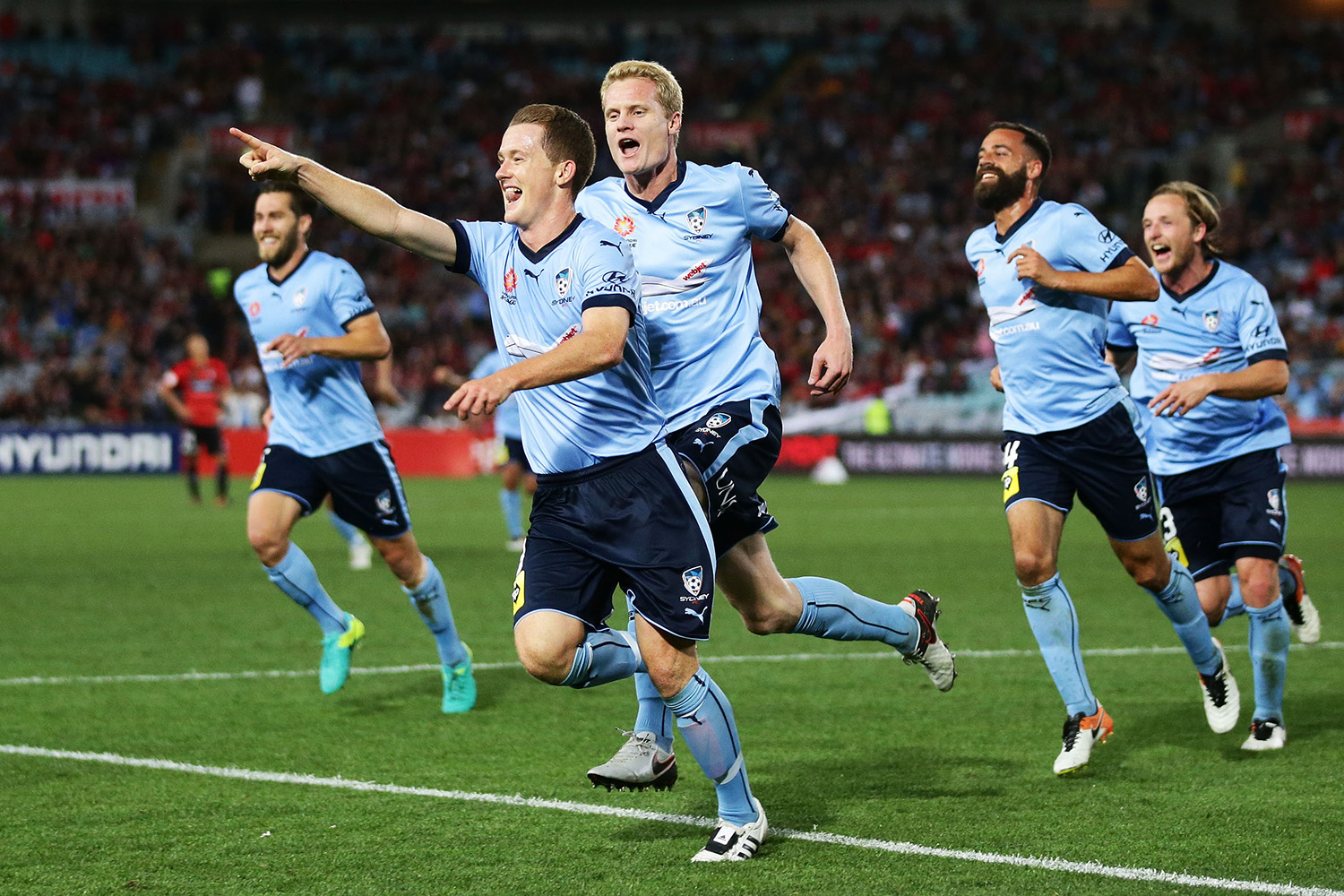 Sydney FC are back in action this Friday 28th February in the #SydneyDerby at Netstrata Jubilee Stadium (kick off 8pm AEDT) brought to you by McDonalds.