Sydney FC honoured some of their most loyal Members on Saturday night at Allianz Stadium, as the Sky Blues oldest Members escorted the Hyundai A-League squad out onto the field of play ahead of their clash against Melbourne City.

Aged between 80 and 93, the Members assumed the role of the Sky Blues’ mascots in a night they’ll not forget.

We caught up with a number of the Sky Blues oldest Members to find out what they made of the experience.

1 – How did it feel to be a Sydney FC mascot on Saturday night?

William Edwards (80): The feeling was one of pride, honour and excitement with a little bit of nervousness thrown in.

Joan Garrick (90): In the fortnight leading up to the match I lived in a state of excitement telling everyone who cared to listen.

John McLennan (83):  It was an experience! Very hard to explain as this was all very new to me. Organisation was first class & wonderfully implemented by our helper “Sharon”. 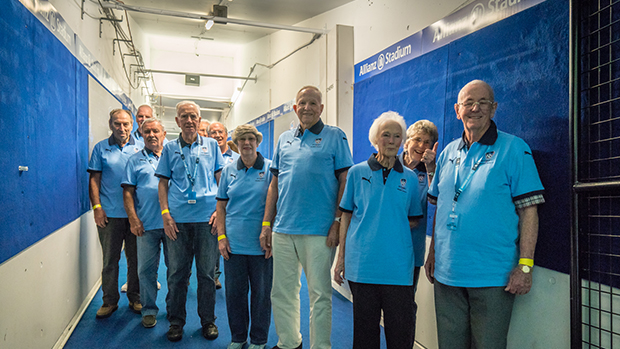 2 – Which player did you walk out with? How did it make you feel?

JG: It felt wonderful to have been given the honour of walking out with our wonderful Danny Vukovic.

JM: I walked out with Aaron Calver & standing directly opposite was Tim Cahill from Melbourne City who was extremely “revved up”. I was most impressed with Aaron Calver. What a well-mannered young sportsman he is and in my opinion a credit to our club. Aaron said his parents were at the game and I wished him good luck. 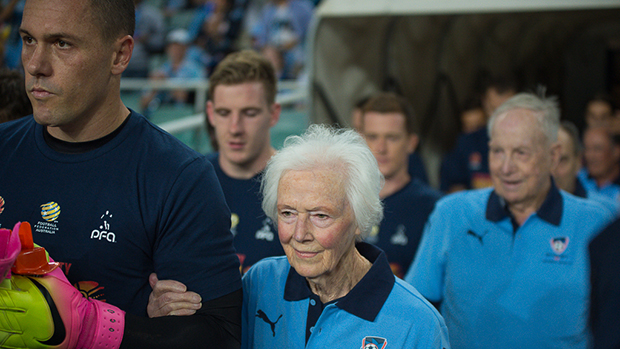 3 – What were your thoughts when you emerged from the tunnel and saw the crowd and heard the atmosphere?

WE: It was awesome and I often wonder if the players ever get so used to it that it doesn’t excite them any more.  What was also very pleasing was that Graham Arnold shook hands with us all as we came off.

JG: I felt very proud of all of ‘my’ boys and felt exhilarated as we walked out of the tunnel to be greeted with the sight and sound of the crowd and realised how important that is to the team – a tremendous feeling.

JM: It was an experience. Beside the crowd echoing support for the teams the crowd also seemed to appreciate us oldies as there were many a handshake given when we filed off the ground. Coach Graham Arnold went out of his way to shake hands. 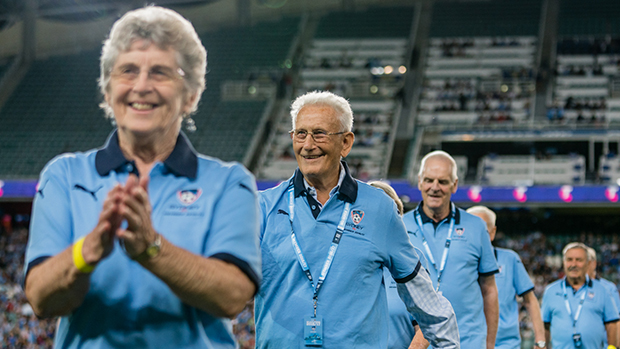 4 – What were your thoughts on the match?

WE: The game was fast and nail-biting at times and it was a relief when we finally scored.  Then Bobô scored twice – what a legend.  But I can’t take anything away from the rest of the team, it was great, persistent and determined football.

JG: What a match! They don’t come much better than that.  What a well-deserved brilliant result. For me, an added excitement was that during the match I received text messages from my sons who were watching, one in London and the other in Leeds.

JM: I thought it was a good game & of course I kept an eye on Aaron Calver! 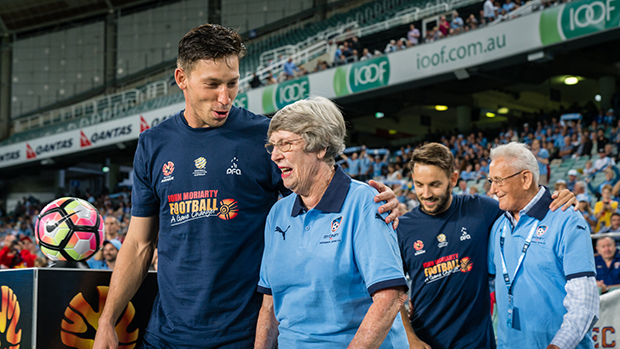