Sydney FC’s modern and world class new stadium has reached a significant milestone with a topping out ceremony taking place to mark the reaching of the highest point in the structure.

Sydney FC’s modern and world class new stadium has hit a significant milestone with a topping out ceremony taking place to mark the reaching of the highest point in the structure.

As part of a long-held tradition in the construction sector, the milestone was marked by lowering a tree to the highest point of the stadium.

Minister for Skills, Tertiary Education and Sport Geoff Lee said: “Topping out is a major milestone for the Sydney Football Stadium and I am pleased this project is supporting around 800 employees and apprentices in its construction and even more jobs when it is complete.”

Matthew Bourne, General Manager of Stadium construction firm John Holland, said the moment was a highlight in the building work.

“Now we have topped out the stadium, we are well and truly on the home stretch, with the stadium on track to be completed by September next year,” he explained. 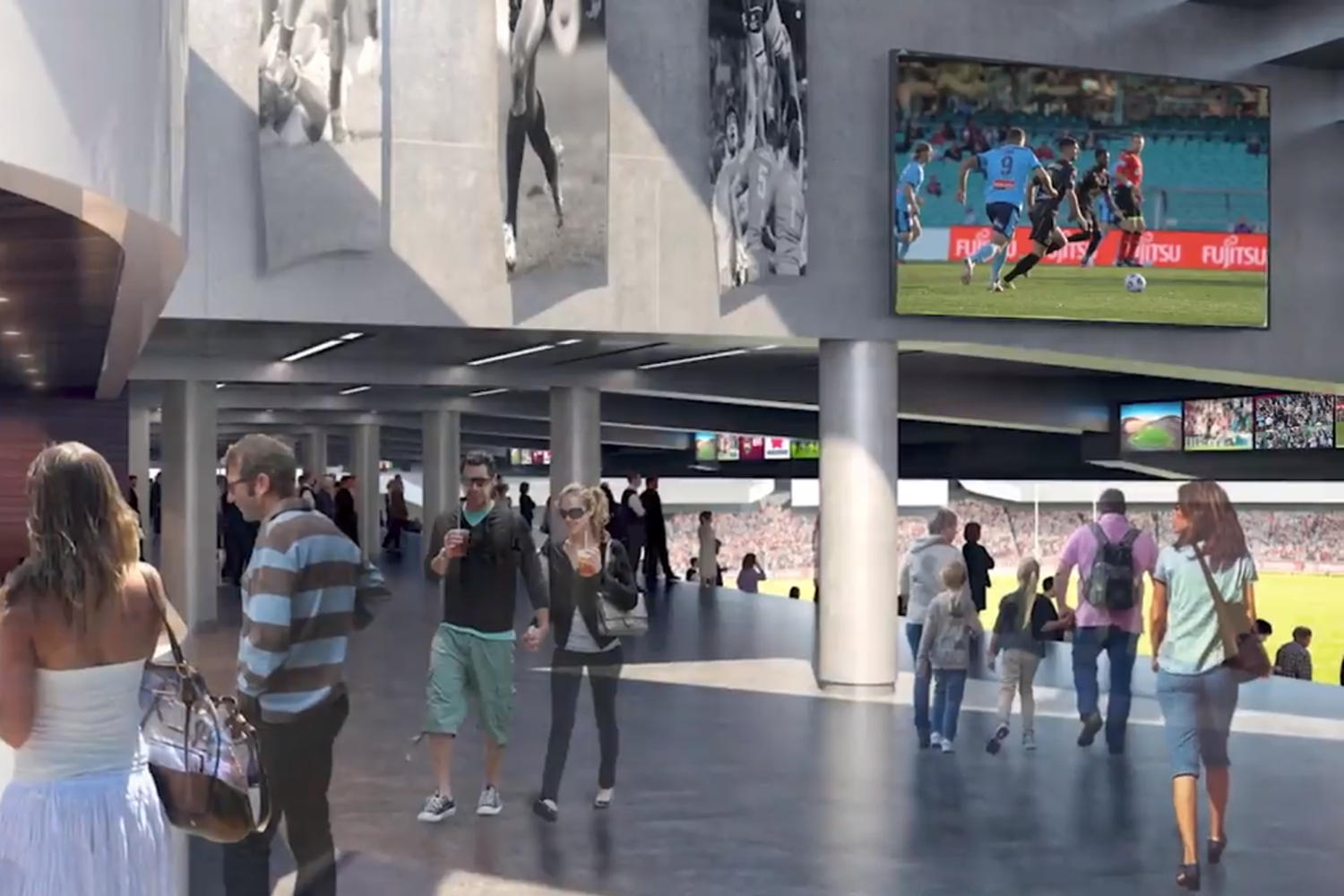 Not only has the highest point in the stadium been reached but significant progress has been made with the concourse structure being completed in the last month.

The concourse will have the four main entry and exit points for patrons and will host most of the food and beverage outlets.

It will provide 360-degree circulation around the entire stadium ensuring fans are always connected to the field of play, with views of the field from those food and drink bars.

The installation of steel rakers and concrete plats (seating tiers) in the stadium will be completed in the next few months, while the implementation of the structural roof steel continues with four 100-tonne support structures known as ‘derricks’ now in place. 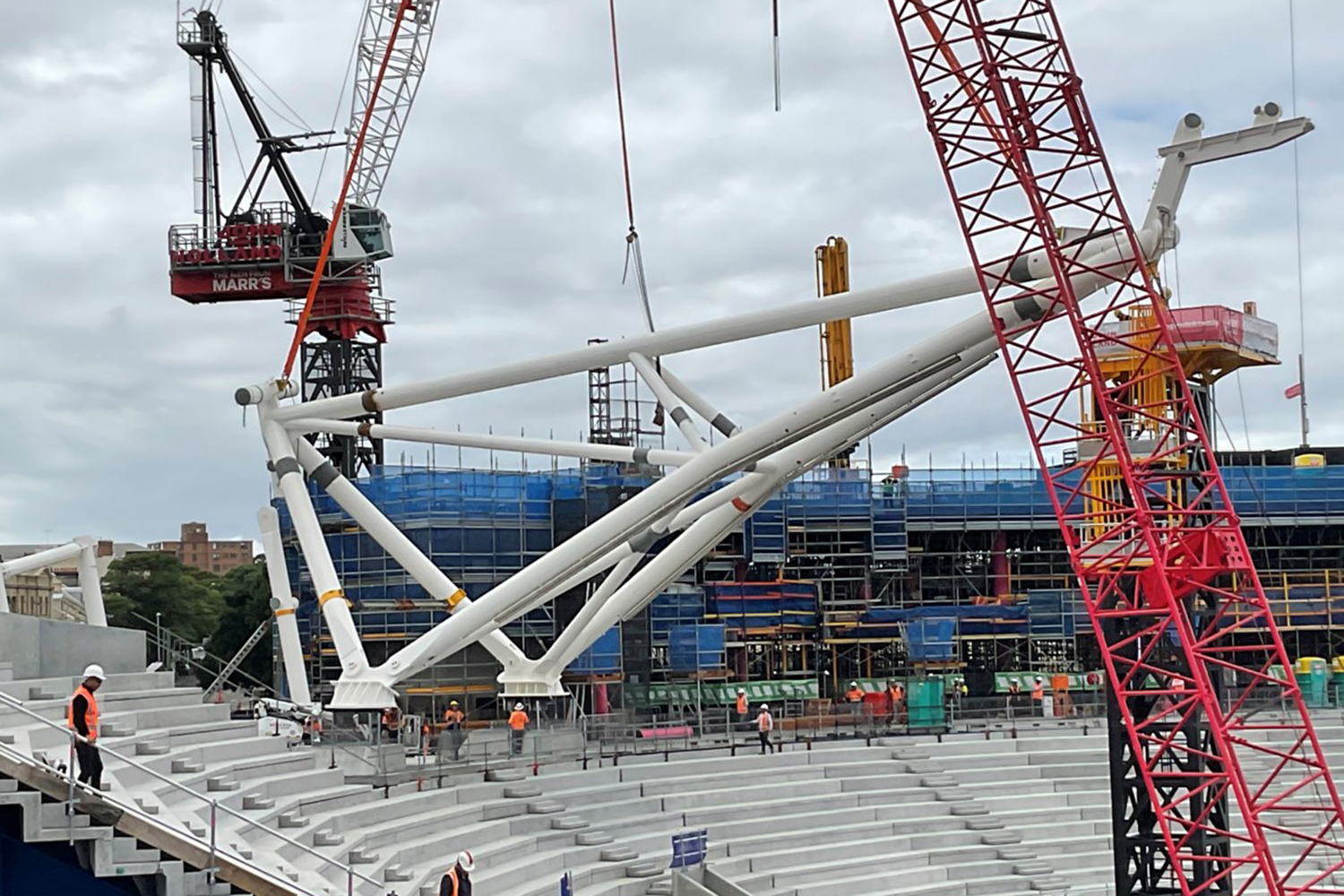 Further construction activities include the installing of roof fabric, façade panelling and seating.

The next construction milestone is to build the stadium’s roof, which will involve 4,000 individual pieces of steel, most of which is manufactured in Western Sydney by the same company who built the roof of the original stadium in 1988.